One game focuses on naval combat while the other boasts PUBG’s signature last man standing concept. 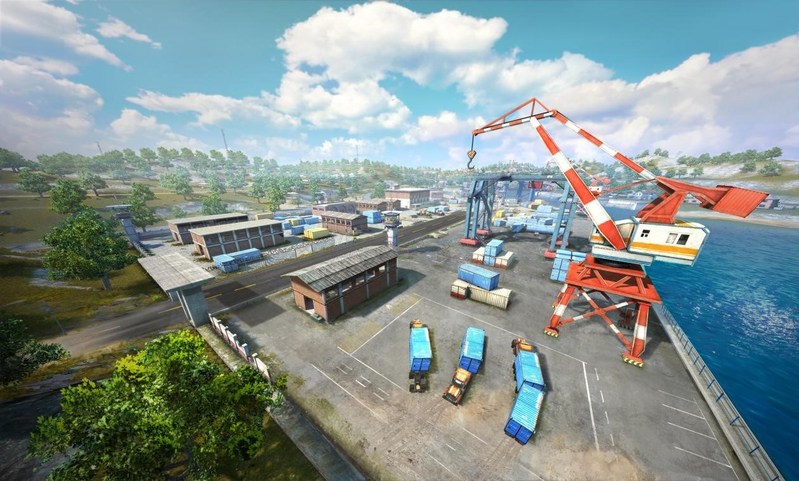 Rules of Survival – The Best Places to Start

A beta will drop sometime next year, with plans for a console release also in the works.

If you’re a battle royale fan who enjoys taking their PvP gameplay on the go, Rules of Survival is just one of several mobile battle royale titles you can currently partake in, and it’s also one of the better options in our humble opinion.

Much like in other battle royale games, one of the keys to performing well in a Rules of Survival match is knowing the best spots to land in when you’re first parachuting onto the map, and in the below guide, we point out where exactly some of those best spots are.

Thinking on The Fly

Now, sadly, due to the randomized nature of the starting plane’s pathing, you won’t always be able to reach the below spots in each new Rules of Survival match, so it’s important to think quickly and determine which of the most ideal spots is closest to you.

Also, as obvious as it may sound, it’s important to remember that other experienced players might be having the same ideas as you, so sometimes it might be best to avoid the most primo landing spots and maybe go with your second or third picks.

The Research Edifice is an area located along the eastern edge of the game map. It doesn’t have the most valuable loot, but if the plane flies close enough and you manage to reach it, you’re at least guaranteed to find some basic supplies like a helmet, a backpack, and even a weapon like a pistol or an SMG.

Again, it’s not the best place to land in if you want to get the good stuff early, but it’s relatively secluded, allowing you get your bearing and scrounge up some gear without having to worry about being swarmed by other players.

In contrast to the Research Edifice, the Training Base located near the center of the map is one of the most resource-rich areas in the entire game, and that combined with its centered location means it tends to be a popular early-game hotspot.

If you do decide to land in the Training Base, make sure you act fast since, while you will have your pick of decent equipment and weapons, you’ll also have to start defending yourself and your spoils much sooner than usual.

Located at the southern tip of the map, the Safe Store isn’t as risky a landing zone as the Training Base, but its close proximity to Wheat Town means that it too can prove to be a dangerous location, especially if the starting plane passes near it.

If you’re willing to risk the inevitable firefights which will break out around the Safe Store, the location itself can contain some solid loot such as backpacks, helmets, and even higher tier weapons like shotguns and assault rifles.

The dead center of Rules of Survival’s game map is taken up by a large body of water known as Bitter Lake. Because of its easily noticeable location on the map, Bitter Lake is yet another popular hotspot for player conflict, especially once the action over at the Training Base has cooled off.

If you’re confident in your ability to quickly take down enemy players, landing at Bitter Lake early can prove to be a fruitful endeavor, but it’s also very much a high risk/high reward destination, so consider yourself warned.

For more Rules of Survival guide content, be sure to check out our guide on how to improve both the game’s performance and your overall connection. Also, if you want to focus on finding the best loot as quicly as possible, our companion guide the best spots to farm loot should help as well.