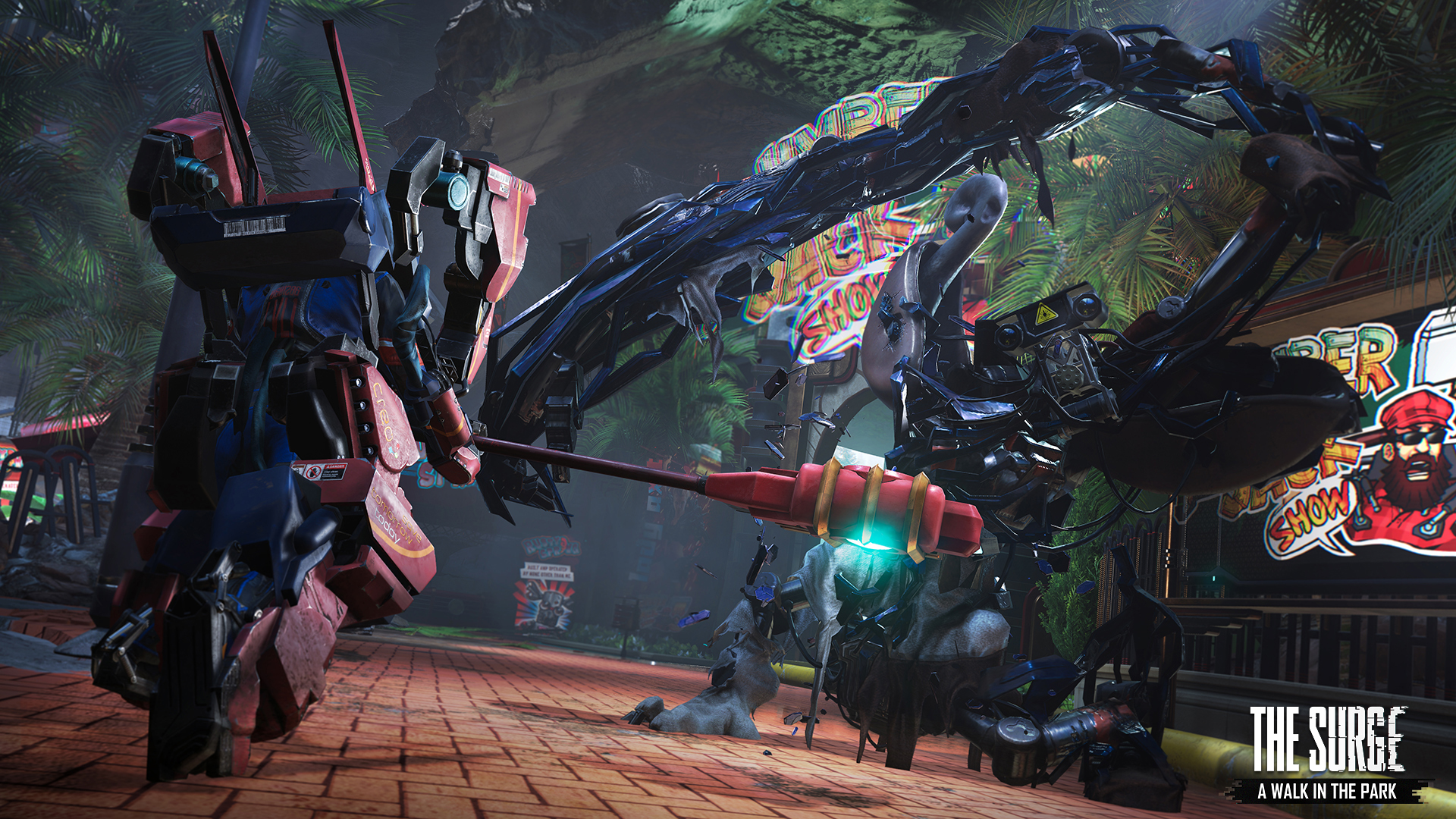 The Surge's 'A Walk in the Park' DLC Launches Early December

When publisher Focus Home Interactive and developer Deck 13 released their sci-fi horror RPG The Surge earlier this year, fans of the genre found it to be a compelling, challenging, yet also overtly linear experience. Fortunately, the game’s upcoming DLC expansion, A Walk in the Park, aims to provide a more open experience.

Now, we know exactly when players will be able to pit themselves against the expansion’s new challenges. According to a press release from Focus Home Interactive, A Walk in the Park will launch on December 5th, allowing players who purchase the DLC to venture into its new CREO World location. Here’s how Focus Home Interactive describes the upcoming expansion:

“A Walk in the Park gives players a breath of fresh air by taking them to an environment that’s more open and colorful, but no less deadly. CREO World is an amusement park built by CREO for its employees and their families. Forget your cravings for cotton candy—CREO World was not spared from the surge. The entire park is a deadly trap where roaming rescue teams have gone insane and robotic mascots patrol freely, patiently waiting for new visitors to welcome.”

The new CREO World setting will offer several different branching pathways and hidden secrets to uncover alongside other additions such as new enemy types, 16 new weapons to find, new armor sets to craft, new implants, and a new boss fight to overcome. It’s not yet clear how exactly players will access A Walk in the Park’s new content (i.e. whether it will be a standalone adventure or if it will be integrated into the core game’s campaign) but fans don’t have long to wait before they find out for themselves.

On the same day as the release of A Walk in the Park, Focus Home Interactive will also launch The Surge: Complete Edition which—as the name infers—will include the base game, A Walk in the Park, and the two previously released DLC item packs "Fire and Ice Weapons" and "CREO Special Employee Kit."