Russian Subway Dogs is All About Stealing Food and Battling Babushkas 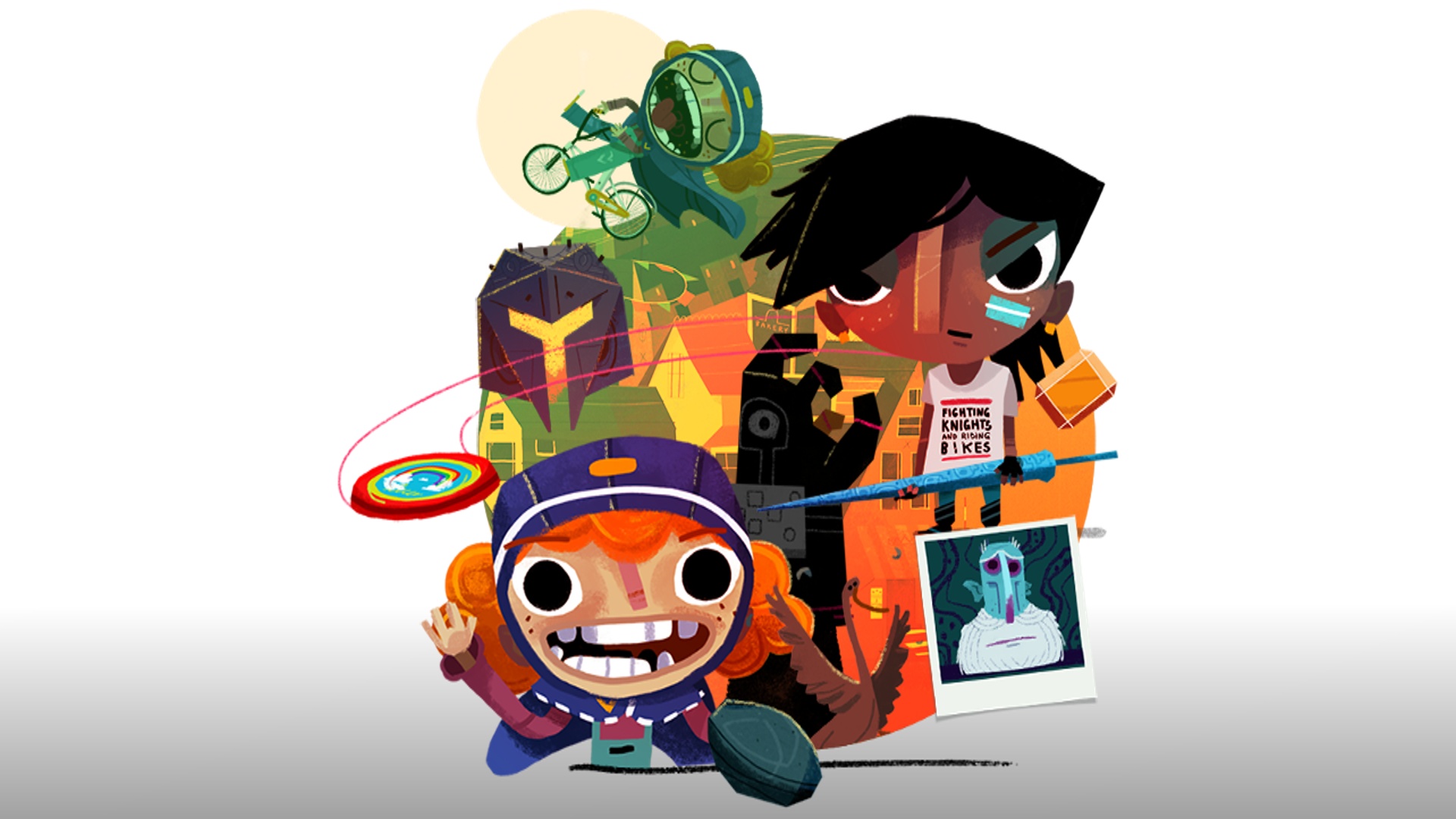 "Sorry we didn't get this right."

Day of the Devs is one of the more simple, accessible gaming events around. Presented by Double Fine, Day of the Devs is a game convention that focuses on new and upcoming indie games, all of which are playable during the event. It’s a great outlet for indie developers to get feedback on their games directly from consumers, while offering a unique opportunity for gamers to go hands-on with games they may not have heard of otherwise.

After attending Day of the Devs in San Francisco this past weekend, I came away feeling excited about most of the games I got to see and play. The event was quite crowded, but it still beats squeezing through the packed convention halls of events like PAX or E3.

Day of the Devs offered a much more intimate gaming experience, with nearly 70 independent games displayed on individual gaming stations throughout a decent sized warehouse. There’s enough room to move around and eventually get your hands on the games that caught your attention.

I would have liked to see more developers standing near their projects, as some games left me with an excited list of questions with no one for me to ask. It’s always interesting to be able to pick a developer’s brain to better understand their project, and it would have been nice to have more opportunities for this at Day of the Devs.

Nevertheless, many of the games spoke for themselves in terms of gameplay and concept. I’ve gathered my top picks for the best indies from Day of the Devs 2017 in the list below, which was no easy feat considering how many original and impressive games were at the convention. If you’d like to know more about the indie games featured at this year’s event, check out the games list on the main Day of the Devs website.

First revealed to us at E3 2013, Below, published by Capybara Games, is an adventure game in which you, after sailing the vast seas, stumble upon a cave system that seems to have no end in sight.  The cave system is randomly generated and if you die along your journey, that’s it. You must start back at the cave entrance. But each time you begin, you are tasked with plunging the depths to discover the mysteries awaiting you in the darkness, motivated by nothing but curiosity. I spoke with one of the developers, who remained pretty tight-lipped about any sort of release date. Hopefully, Below will arrive sooner rather than later.

The Swords of Ditto

Developed by Onebitbeyond, The Swords of Ditto is a cartoon-styled RPG co-op adventure that blends your favorite cartoons with classic Zelda dungeon diving. You play as a random citizen who is tasked with defeating the evil Mormo. Each time you die, you start over with a newly created character, but your past exploits are remembered as legend.

You can partner with a friend to solve dungeon puzzles together, which are also procedurally generated. This adds a fresh flavor to each play through, as puzzling must be dealt with spontaneously without the help of guides. The Swords of Ditto is a really charming couch co-op adventure that seems to hit all the right nostalgic notes. No release date was given for The Swords of Ditto, but the game has a projected release window of early 2018 for PS4 and PC.

It is as difficult to describe Gorogoa as it is to comprehend it at first. It is one of those games that truly has to be seen in order to get it. Four beautifully drawn images are presented to the player and a connection between these images exists. It is up to the player to uncover that connection in order to progress through the game. In doing so, a sort of aesthetic language is learned. We can’t wait for us to explore this beautiful world of images when it comes out.

From the creative lead who brought us that oh so creative crafttastic game Tearaway, and a developer who worked on games like Ratchet and Clank and Little Big Planet, comes a new kickstarter funded game called “Knights and Bikes.”  It has a similar artistic vision as Tearaway but it seems to have forgone the child-oriented themes for more adult ones while still maintaining a lighthearted presentation.

The entire game, from our hands-on experience, is dripping with co-op melancholic nostalgia. You play as Nessa and Demelza and it is your goal to save the Island of Penfurzy, all while meeting locals and uncovering the medieval legends of the island.

Mineko’s Night Market is a whimsical cat-themed RPG about setting up shop in a strange town overrun by cats. You play as a girl named Mineko, who must gather materials, craft items, then sell those items at the Night Market. You can befriend villagers, explore the island, go fishing, mine for resources, and even play mini-games. The charming art design is enough to draw you into the world, and the copious cats are enough to keep you there. Look for Mineko’s Night Market on PC and Mac in 2018.

Keyboard Sports adds a whole new meaning to the phrase “keyboard warrior.” As the young apprentice to Master QWERTY, you embark on a crazy adventure through temples and across bizarre landscapes in search of your “inner key”. In Keyboard Sports, you’ll use your entire keyboard is your controller, making use of every key from the tilde to CTRL.

The game turns our conventional use of keyboards on its head, allowing for a whole new way to connect with something so familiar. Its extensive use of puns and quirky humor make for a charming and unique adventure. Keyboard Sports - Saving QWERTY will arrive on Steam in early 2018.

Find Me puts you in the role of a shadow who has lost its human counterpart.  You have lost your memory as a shadow and you seek to dispel the world of the dark force responsible.  The amazing thing about this game is that is developed by a group of girls, grades 6-11, at a summer camp for girls called “Girls Make Games.”  As of the writing of this article, the game has just days left to meet its Kickstarter goal. A playable demo is available on the Find Me Kickstarter campaign as well. No matter the outcome, the creativity behind this game was a joy to experience.

Getting Over It with Bennett Foddy

Getting Over It with Bennett Foddy is a punishing game about climbing stacks of objects with nothing more than a sledgehammer and a pot. Yes, its about as strange as it sounds, but it’s also strangely addicting. According to developer Bennett Foddy, Getting Over It will make you “feel new types of frustration you didn’t know you were capable of.” Challenge accepted. Grab the game on Steam on December 6th.

It’s not often that you see claymation in video games, much less with fully handmade art. That’s what made Harold Halibut stand out at Day of the Devs this year. The game is basically a playable stop-motion film, featuring meticulously hand-crafted set pieces and characters. Harold Halibut is a story-driven adventure about shipwrecked scientists who find themselves stuck on a planet composed of water. There’s no word on a release date or platforms for Harold Halibut yet, but it’s worth keeping an eye out for.

While there were tons of awesome games showcased at Day of the Devs 2017, these were the ones that stuck out the most. Let us know which of these awesome indies sparked your interest in the comments below.