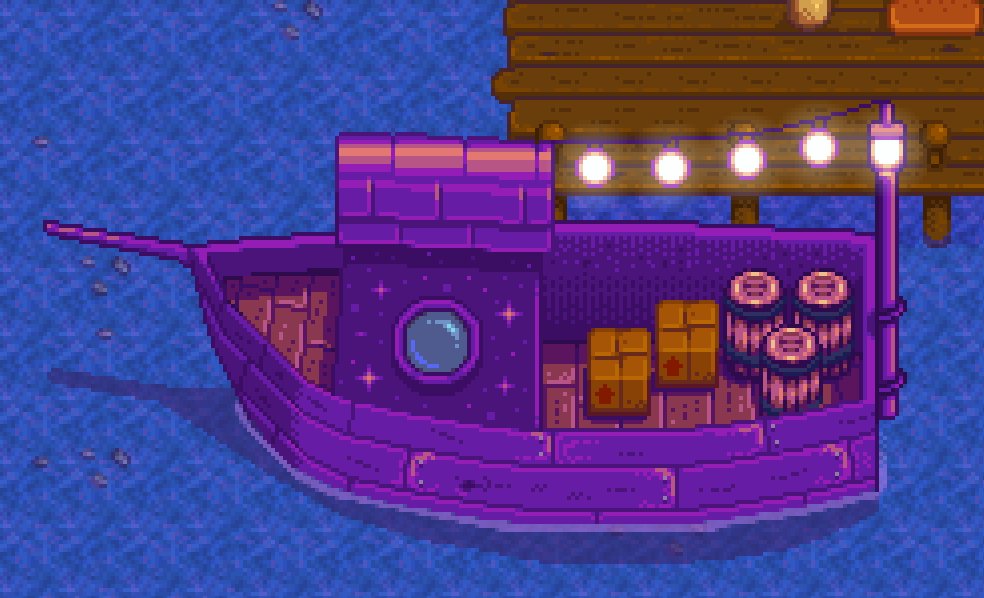 Build pillow forts and fend off things that go bump in the night in Sleep Tight.

Ahoy, Stardew Valley fans! Get your sea legs ready, because the next update for Stardew Valley will add a new boat to the game, along with some new free content. The news comes via a recent teaser posted earlier today by Stardew Valley developer Eric “ConcernedApe” Barone.

Barone tweeted an image of a purple boat, with a caption that reads, “I'm working on some new Stardew Valley content, to be released with the upcoming free multiplayer update. This will affect single-player, too! I'll share more when the release gets closer. Though I'll keep some things secret (more fun).”

I'm working on some new Stardew Valley content, to be released with the upcoming free multiplayer update. This will affect single-player, too! I'll share more when the release gets closer. Though I'll keep some things secret (more fun) pic.twitter.com/rgWCt8IIRi

No details were given about the boat in the image, but that didn’t stop the hype from intensifying amongst Barone’s followers. Barone further clarified that the update will release for console versions of Stardew Valley as well, but that it would probably make it to PC first.

The majestic purple vessel could very well be a new fishing boat, allowing players to travel further out at sea to catch new or rare types of fish. Considering the boat is arriving in the multiplayer update, there’s a good chance this boat may also support co-op voyages.

The Stardew Valley creator is working with Chucklefish’s Tom Coxon to implement multiplayer into the game. According to an earlier tweet, Barone claims that the multiplayer update is “coming along great,” and that Coxon “is doing fantastic work.”