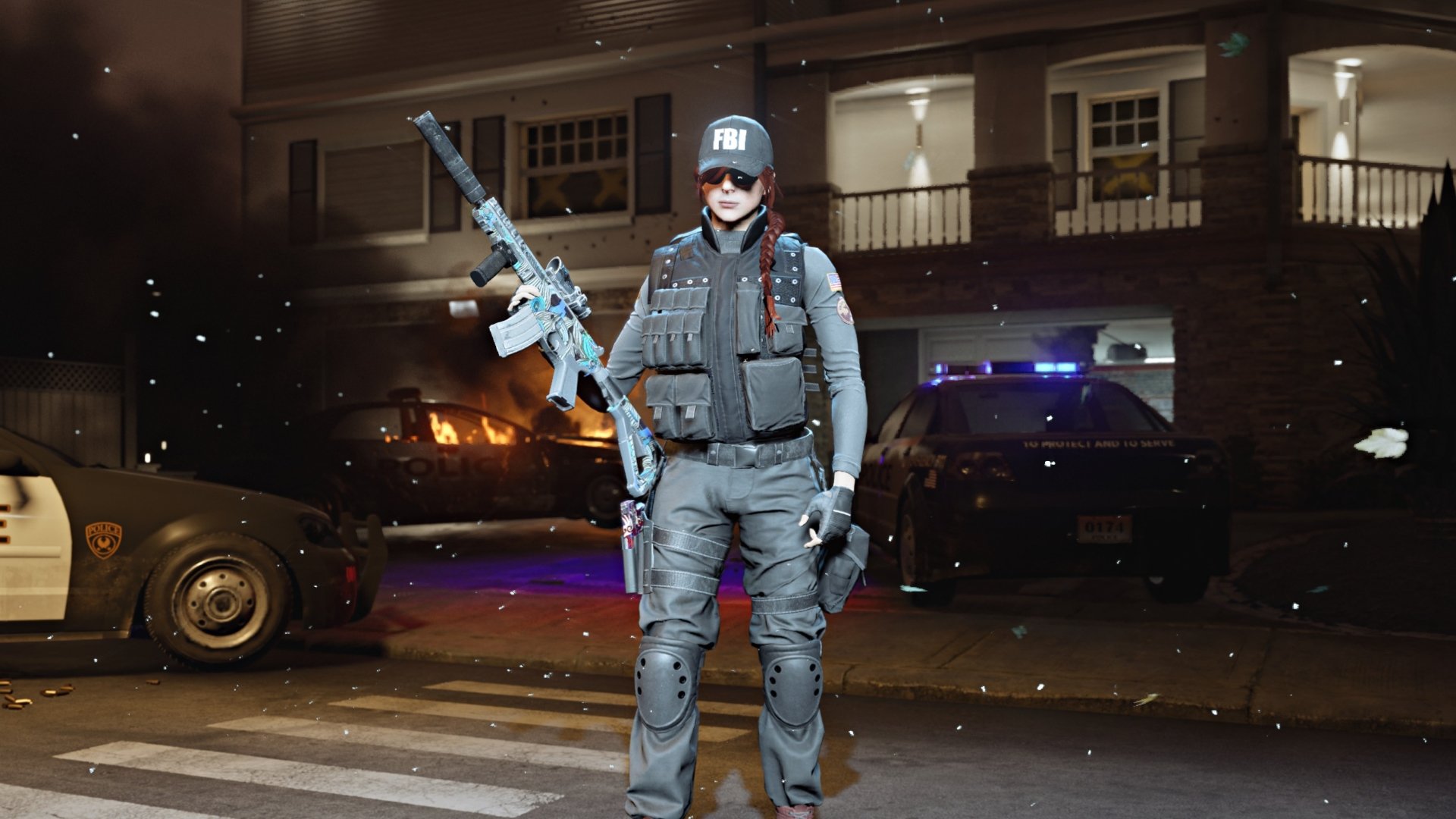 Rainbow Six: Siege’s story is ong of multiplayer gaming’s most inspiring tales. Following release the game struggled with poor optimization and a clunky backend, resulting in a playerbase that waned significantly in just a few months. However, Ubisoft clearly saw a future in the game and slowly nurtured it back to health through continual updates and improvements. The game is still popular today, and supports a small competitive scene to boot. We revisited Ubisoft’s unique FPS to see how it’s holding up two years down the line.

Welcome back to the operation

Jumping back onto Siege felt like reuniting with an old friend. It’s immediately familiar, and you quickly fall back into the same old tricks, but key signs let you know that things have changed since you last met. Siege has new people in its life, and new maps, too. When we’d last played, Ubisoft had recently added the steely Canadians, Frost and Buck, along with a frozen cruise ship to explore. Since then, Siege has seen almost two full season’s worth of Operators, with inventive additions from China, Brazil, Japan, Poland and more. Each of the game’s Operations (all delightfully named like spy novels — Dust Line, Red Crow, Velvet Shell) has also expanded the map pool to include locales like an Ibiza resort, or a skyscraper in Nagoya.

Every addition, both maps and Operators, shakes up the general formula with new sightlines or methods by which to play. It’s never a drastic change, but just enough to catch you off guard and force a rethink of well-trodden strategies. Valkyrie’s sticky cameras require careful checking of unusual angles, while Hibana’s launcher can litter reinforced walls with holes to be shot through. Ubisoft have been fairly gentle in their adjustments, making returning an easy process to handle. The core structure of matches has been retained, and the slow starting pace to rounds helps too, granting enough time to readjust to the nuances of the engine.

One thing that’s clear from the off is that Rainbow Six: Siege is still an entirely unique beast. Despite its long-form success, Ubisoft’s shooter still has no competition in its field. Siege is a weighty FPS, meaning motions and even aiming feel heavy, but never quite sluggish. Thanks to this, actions you take feel important, and the game goes lengths to reward a steady, patient style. Sprinting isn’t all that fast, and make an awful lot of noise. Thoughtful play is encouraged, increasing the moment-to-moment tension. The simple act of planting a breaching charge perfectly captures the game’s spirit: a careful but deliberate animation followed by a brief whisper of acknowledgment from your operator. It’s a delightful stretch of quiet, preparing yourself for the inevitable burst of action.

Perhaps the closest competitor comes in PC’s Counter-Strike: Global Offensive, but even then it’s hard to make much of a comparison beyond pacing. On top of that, it completely overlooks Siege’s fantastic destructibility — another feature yet to be outdone or even challenged. Peppering a wall with new sightlines or blasting your way through a window remains as fun as ever, and keeps the nerves fraught when defending, listening out for the any audio cues to signal an imminent breach.

Casual and competitive multiplayer are still popular enough to find a game within a minute, and the many patches throughout the game’s life have meant that the process of joining, loading and selecting characters has been refined to a slick and clear process. Sadly, the cooperative Terrorist Hunt hasn’t fared so well. We waited a full five minutes in queue before eventually just running solo. Fortunately, Terrorist Hunt is still an absolute blast to play alone, and makes for a challenging method to test out new guns and Operators. It’s just a shame you still can’t select the maps and modes you want to play.

Though it was far from perfect on release, but Ubisoft have worked hard to not just fix many of the game’s issues, but add novel content and top it all off with a sense of style, too. Games end with a movie-poster lineup of the winning team, each character doing their best cool guy pose that just begs you want to earn that MVP centre spot. The main screen menus have been completely overhauled to simple and clearly segmented buttons, a huge improvement of the release’s cluttered mess. Not every change is so drastic, but it all adds up to a cracking experience.

Siege is by no means the perfect game. In-game unlocks are still slow and expensive, requiring a player to invest a vast amount of time if they want to experience the full, base roster. Without a friend to teach you the basics, jumping into that first game is still bewildering and swiftly punishes what would be conventional play in other shooters. However, all in all Rainbow Six: Siege has taken huge strides since its initial release. It’s still a blast to play today, and shows what developers can achieve when they stick with a game. Their efforts have been rewarded with a community still active almost two years on. With a further Korean Operation planned for later this year, Siege still has plenty of life left, and we hope it’ll stick around for some time yet.