Sci-fi exploration game Morphite is out now on the Switch eShop. 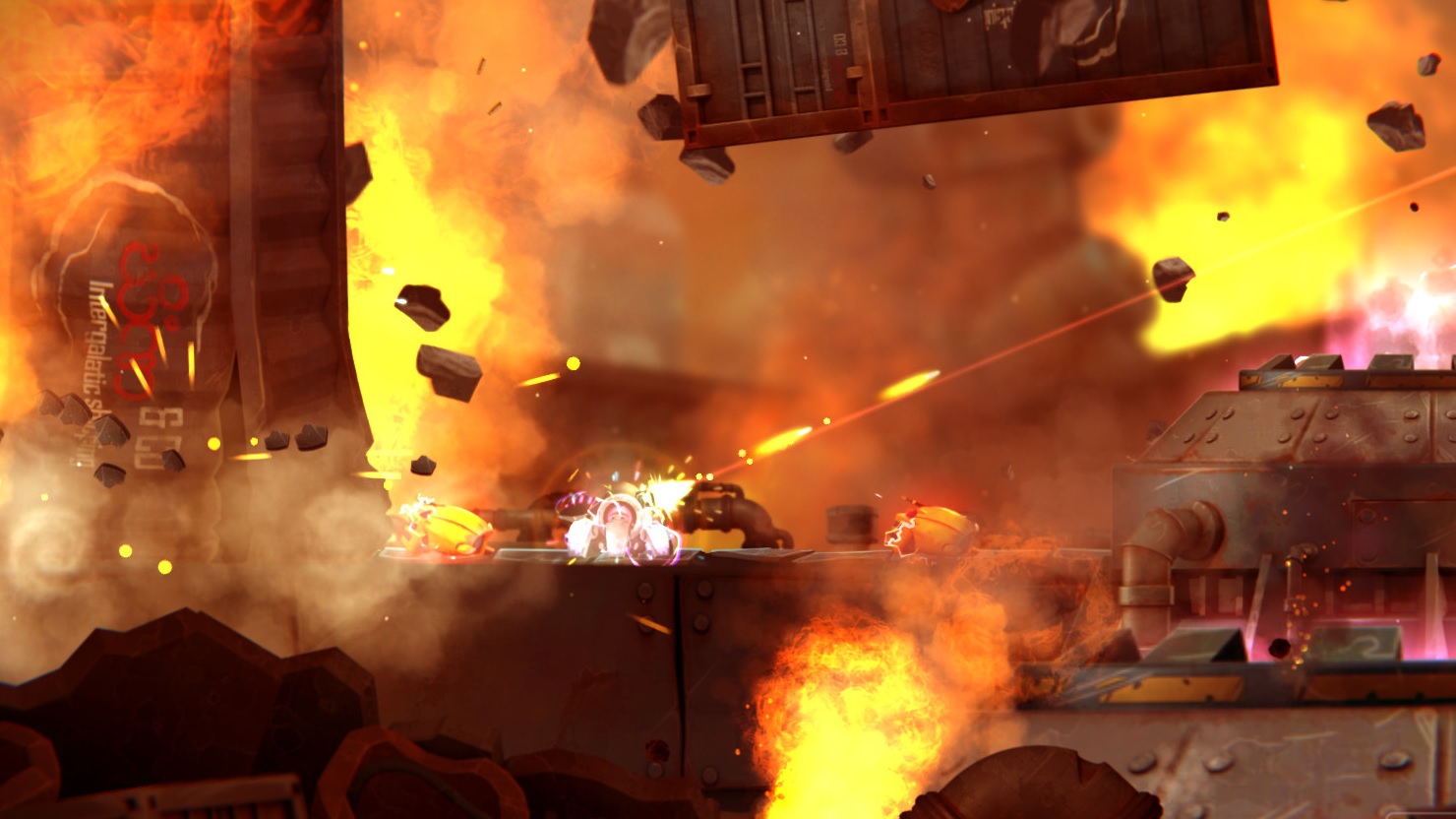 RIVE uniquely blends 360-degree shooting with 2D platforming, resulting in a frantic side-scrolling bullet hell that the developers call a “dance of destruction”. Players control a weaponized spider tank that must hack, jump, and shoot its way through dangerous locations, including zero gravity and underwater environments. Your tank can also hack other machines to get turrets and drones fighting on your side.

RIVE features several game modes for players to test their skills: Single-Credit, Speedrun, Challenges, and Battle Arenas. The Ultimate Edition will also include a new Copilot Mode that is exclusive to the Switch version of RIVE. Copilot Mode allows friends to cooperatively control the spider tank using two Joy-Con controllers, making this a great couch co-op game for the Nintendo Switch.

The RIVE: Ultimate Edition also features exclusive HD rumble effects and 48 achievements to sweeten the deal. Additionally, Two Tribes has gone back to optimize their custom game engine for RIVE, even adjusting the campaign so that it runs faster and plays smoother than ever before.

Switch users can look forward to experiencing this chaotic, robotic 2D shooter in “delicious” 1080p at 60 frames per second. The Nintendo Switch version of RIVE certainly seems to be the best way to experience the game, and it should make a nice addition to the Switch lineup. Players can download RIVE: Ultimate Edition from the Nintendo Switch eShop on November 17.