How to sign up for the Call of Duty: Modern Warfare beta

Find out the start date and how to sign up for the Call of Duty: Modern Warfare beta on PS4, Xbox One and PC. 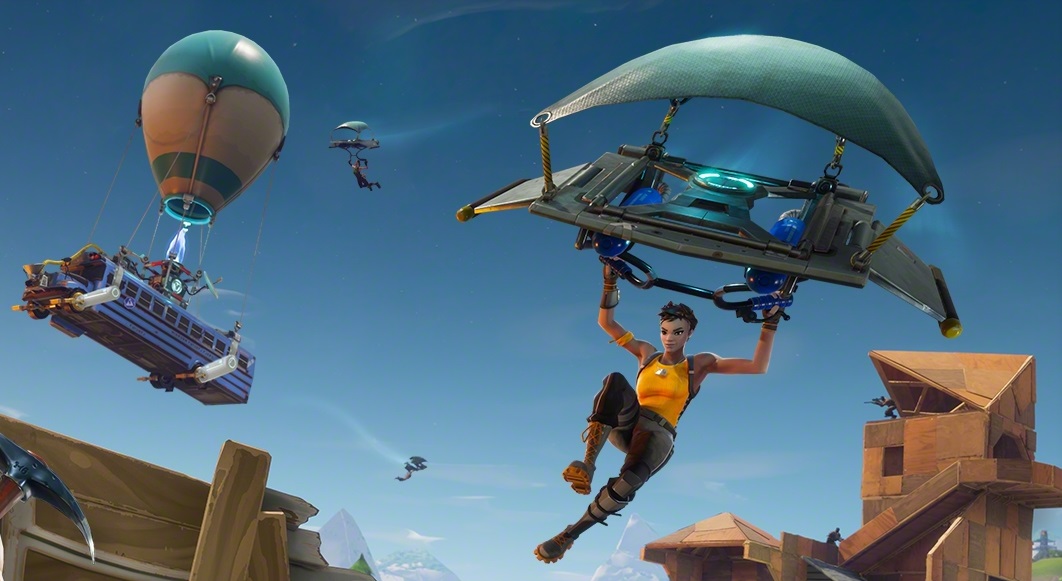 Two teams of ten FGC legends compete in the wrong games to chill out and relax after this weekend's EVO Championships.

In Fortnite Battle Royale, finding chests can sometimes determine your odds of earning a Victory Royale. Loot chests are scattered all over the map and contain valuable loot, such as weapons or crafting materials. Chests can be difficult to find, unless you know where to look. Sometimes you can even find multiple chests in a single location. This guide will explain the best areas to look for loot chests and where to land in Fortnite Battle Royale.

The best places to land and find loot in Fortnite

The new meteor in Season 10 makes for a tempting landing area, and you'll even be able to find some chest on top. However, it's also extremely busy with the start of the season, which makes it a tough place to suggest landing more than once. Once the new map hype calms down a bit it might be worth a regular visit, but for now we'd suggest steering clear if you want to win.

To the southwest of Pleasant Park is a multi-level house surrounded by a circle of trees, which is easy to spot on the minimap. This house typically contains a few chests, along with some weapons and resources.

The best way to get to this house is by landing on it from the Battle Bus using your glider. Alternatively, if you end up at Pleasant Park, just start heading southwest and look for a house encircled by trees. Search the attic first, as there are usually a couple chests here. Afterward, head downstairs and look for a crack in the wall behind the staircase. Break down the wall with your pickaxe to reveal a secret room, which usually contains another loot chest.

Pleasant Park itself is usually fairly quiet, meaning you can choose to drop to the main town if you'd like, just be prepared to fight one or two other players when you do so.

Haunted Hill remains a solid landing area for quieter openings. The chests here are often hidden underground or in partially collapsed buildings, so be ready to knock down some stone walls to get what you need. We recommend aiming for the main chruch if you can beat anyone else there as you'll be able to quickly open several chests in the side rooms here, hopefully earning a good weapon and some shields.

Two of the newest locations in Fortnite Battle Royale, the Pressure Plant and Sunny Steps are both brimming with loot. Only Neo Tilted and Mega Mall beat Pressure Plant in Chest quantities. Try to fall directly inside the base in Pressure Plant to get straight to looting. For Sunny Steps, the taller pyramid has a chest hidden in the water at its base. You can find it by dropping down the hole in the center.

If you want to visit one of the busiest parts of the map, Mega Mall is rammed with chests and loot everywhere. We don't have any real recommendations here as there's plenty of stuff to grab inside. Just be prepared for a fight whenever you go here.

Added in the Season 5 map rework, this racetrack is well worth a visit as one of the most fun environments on the map. There's not a whole lot to loot here besides the two sets of buildings (which usually contain a couple of chests each), but it's worth at least one visit just to enjoy the track itself and the bouncy tyre tracks along it which make for some pretty entertaining fights. If you can get a vehicles there too - even better!

If you're after a quieter landing spot, the southwest of the map is probably the least-busy area right now. Unless it's under the flight path we've found Happy Hamlet to be a very quiet point with a solid amount of loot to find. If you want an easier entrance to Fortnite, this is a good place to learn the ropes and practice listening out for the sound of nearby chests.