Dead by Daylight's Freddy Krueger Is Here To Haunt Your Dreams 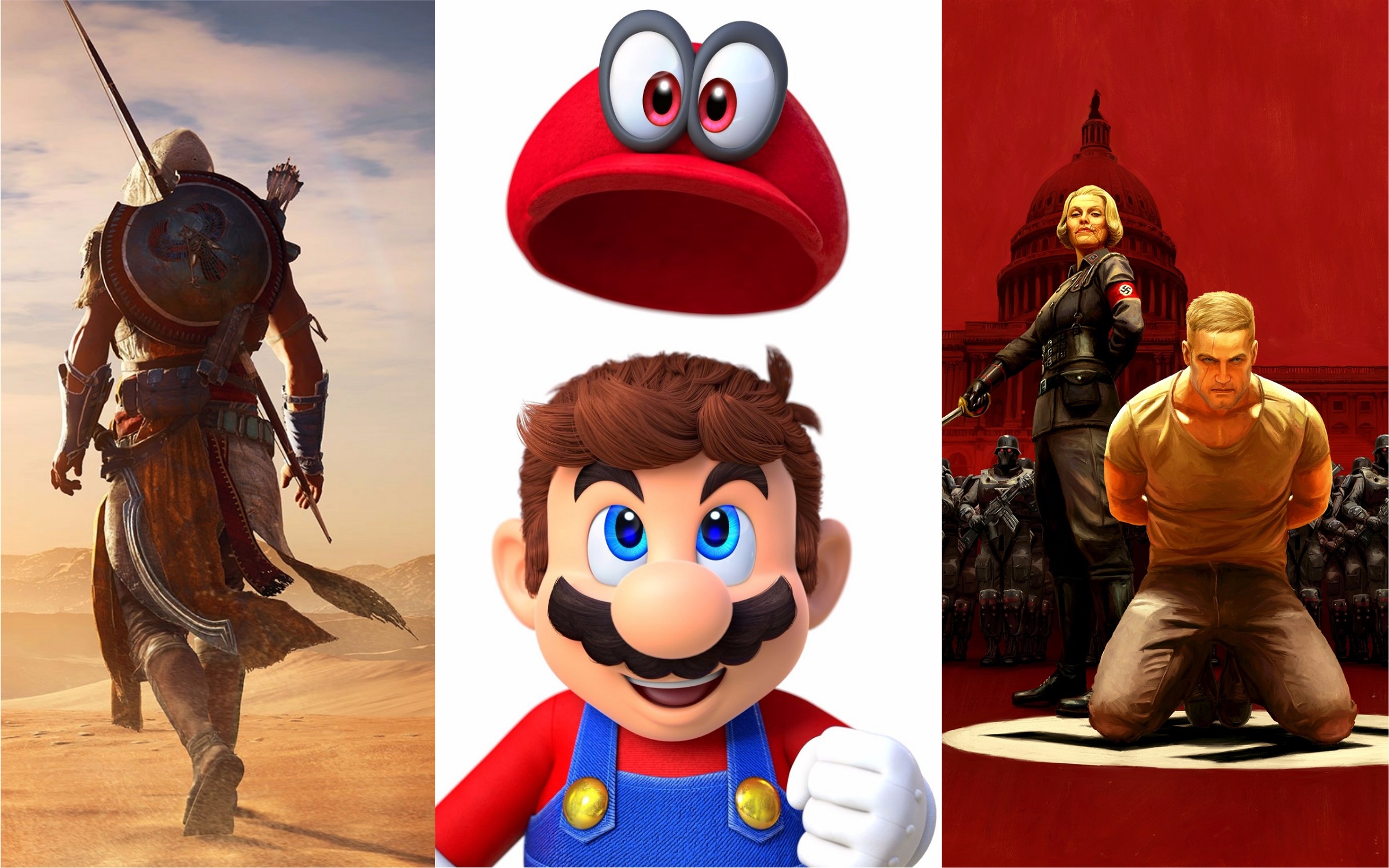 Many fans have their own unique theories about what the Paranoia game mode could be.

October 27th is arguably the biggest launch day of the 2017 calendar year. There’s a smorgasbord of new game releases up for grabs including Assassin’s Creed Origins, Wolfenstein II: The New Colossus, and Super Mario Odyssey. Additionally, Season 2 of Stranger Things has been released to Netflix.

Setting aside Stranger Things for the time being (as you can binge watch it at any time), which game should you play first? Will you explore Egypt in Assassin’s Creed Origins, obliterate Nazis in Wolfenstein II: The New Colossus, or try out Mario’s new hat tricks in Super Mario Odyssey? To help you make an informed decision, we’ve broken down the pros and cons of each game down below!

Assassin’s Creed Origins is a solid continuation to the Assassin’s Creed franchise. Even if you’ve never played an Assassin’s Creed game before, many will find Origins approachable to both new and seasoned players. Additionally, the game’s Egyptian setting adds welcome diversity to the series.

In the game, players take on the role of protagonist Bayek as he works to defend the people of the Ptolemaic Kingdom during a time of great upheaval. As a Medjay, Bayek will explore the secret forces manipulating the political rift between Ptolemy XIII, Cleopatra, and Julius Caesar.

Assassin’s Creed Origins can be played on Xbox One, PlayStation 4, and Microsoft Windows. This means you can explore the game regardless of your preferred platform (aside from Nintendo Switch).

The Pros: Assassin’s Creed Origins features a gorgeous open-world Egyptian setting. It’s rich with atmosphere, and offers a number of possibilities in terms of gameplay. Will you pursue the story, or set off and do your own thing? The choice is yours. Plus, if you plan on playing other games on this list, you’re not stuck to a rigid storyline, enabling you to hop in and out of the game with ease.

Wolfenstein II: The New Colossus is the highly anticipated sequel to Wolfenstein: The New Order. The game is intense, full of action, and rich with story. The gameplay is similar in nature to The New Order. However, players will find several new additions to explore including a more diverse selection of weaponry like the LaserKraftWerk and DieselKraftWerk.

The story takes place in 1961 with Blazkowicz finding himself severely injured after his fight with Wilhelm “Deathshead” Strasse. Following his recovery, he continues his fight against the Nazis, this time on American soil.

As of right now, Wolfenstein II: The New Colossus can be played on Xbox One, PlayStation 4, and Microsoft Windows. Additionally, a Nintendo Switch release is planned for 2018. Like Assassin’s Creed Origins, you can play Wolfenstein II: The New Colossus regardless of your preferred platform, though you’ll have to wait until next year if you’re aiming to play on the Nintendo Switch.

Finally, the long-awaited Super Mario Odyssey is available and we couldn’t be more excited. Judging by early reviews of the game, it’s right up there with another Nintendo favorite this year, The Legend of Zelda: Breath of the Wild.

In Super Mario Odyssey, players will take on the role of Mario as he explores various levels within his hat-shaped ship, the “Odyssey” in effort to rescue Princess Peach from her betrothal to Bowser. In addition to Mario’s standard repertoire of moves, he’s also able to utilize his hat named “Cappy” to possess enemies and take on their form.

The Pros: Super Mario Odyssey already feels like one of the best entries in the Mario franchise. Coins now have a purpose, as you can use them to purchase new costumes for Mario. This helps encourage you to explore each and every level; many of which contain exciting secrets. For casual gamers, Super Mario Odyssey is a blast thanks to its approachable difficulty and removal of the lives system. For hardcore fans, you’ll find plenty of references and throwbacks to warm your heart during the upcoming chilly winter months.

The Cons: First and foremost, you need a Nintendo Switch to play Super Mario Odyssey. Purchasing one, in addition to the game, will set you back around $400 give or take. Additionally, the game isn’t as difficult as previous entries in the Mario franchise. This means that if you’re a fan of punishing games like Cuphead, you may find Super Mario Odyssey to be a bit too casual for your tastes. Ease of play aside, though, most players will love the game.

We have to give it to Super Mario Odyssey. This is a must-buy game, and one that demands to be played first in the grand scheme of things. Alternatively, if you don’t own a Nintendo Switch, second place goes to Wolfenstein II: The New Colossus.

Note that because Assassin’s Creed Origins comes in last in relation to the other October 27th releases on this list doesn’t mean it’s not a worthy game to purchase and play. In fact, we recommend buying all three games if you can afford to do so.

They’re all incredible entries in their respective franchises, and each one feels definitively different. The only negative is finding the time, and the money, to marathon all three alongside Season 2 of Stranger Things.

So, what game did you decide to play first and how are you liking it so far? Let us know down in the comments below!