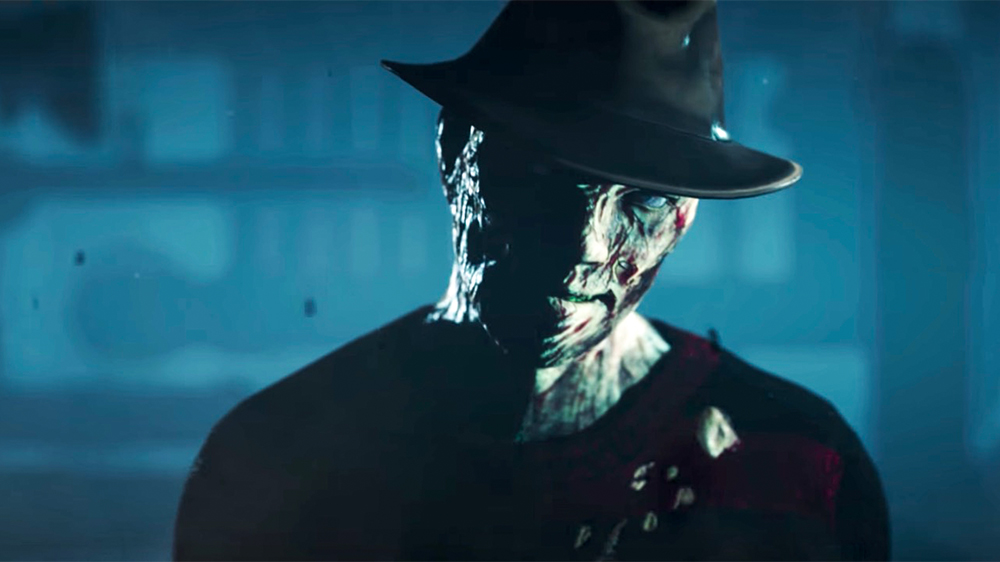 Dead by Daylight's Freddy Krueger Is Here To Haunt Your Dreams

Last week, Behavior Interactive teased the upcoming addition of yet another movie slasher icon to the roster of playable killers in Dead by Daylight: Nightmare on Elm Street’s Freddy Krueger. Now, not only has Krueger’s inclusion been made official, but as of the time of this writing he is now available to play via a new paid DLC pack.

Krueger, who joins a pantheon of Dead by Daylight killers that includes both original creations and fellow movie killers Michael Meyers (of Halloween fame) and Leatherface (from The Texas Chainsaw Massacre), is now available as part of Dead by Daylight’s Nightmare on Elm Street DLC pack. The pack, which costs $6.99, includes Krueger as a new playable killer, the new playable survivor Quentin Smith, and a new map based on the Badham Preschool location from the most recent Nightmare on Elm Street reboot film.

Unsurprisingly, Freddy Krueger’s Dead by Daylight incarnation is able to utilize his unique ‘Dream Demon’ ability to draw survivor players into an alternate dimension called the Dream World. When players are “awake” (i.e. not in the Dream World), Freddy is completely invisible to them, and it’s only after they are pulled into the Dream World that they can see him and (hopefully) prevent him from hunting them down. Quentin Smith, meanwhile, comes equipped with a series of perks that can be very beneficial to the entire survivor team, making him a particularly strong pick against Freddy.

The Dead by Daylight Nightmare on Elm Street DLC pack can be purchased now via Steam. As part of Steam’s currently ongoing Halloween sale, both Dead by Daylight and several of its previous DLC packs are also being offered at a discount, allowing interested fans to grab the base game for 50 percent off (knocking its usual $20 price tag down to $10).