Gaming isn’t restricted to consoles. If you're looking for a different way to pass the time, give these hilarious adult card games a try! 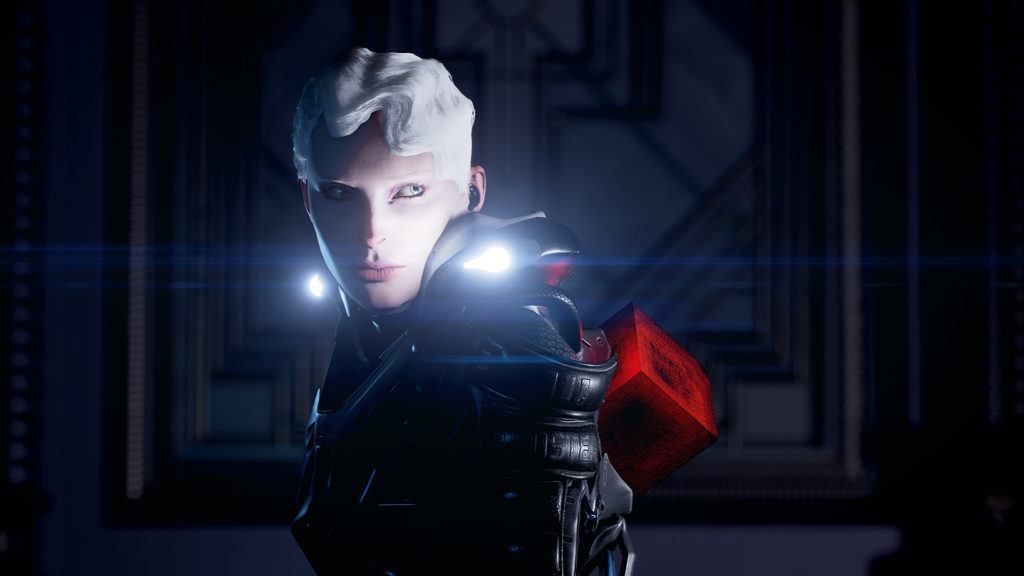 When developer Ultra Ultra first unveiled its sci-fi stealth title Echo back in May, 2016, I thought it sounded like a really cool idea for a game. I’ve always had a soft spot for stealth games, and Echo’s main premise, an environment where the enemies you’re trying to outwit can turn the tables and outwit you in return, sounded like just the sort of challenge the stealth fan in me would really enjoy.

Unfortunately, while Echo’s premise and aesthetic are both very solid, the game’s overt focus on stealth and evasion ultimately ends up being too much of a hindrance due to the stringent ways in which the stealth mechanics are implemented.

Do As I Do

Once there, En and London discover that The Palace has been shut down and is inoperable, but turning the power back on also awakens the facility’s defense system, a system which generates hostile “echoes” of En that ceaseless hunt her down as she tries to escape.

These echoes are more than just visual imitations of En, they learn from her as well. The echoes start out as little more than mindless zombies, shambling towards En but often unable to keep up with her superior agility. However, the sequences in which En must avoid the echoes also utilize a cycling system that switches between a “light” phase (when the lights of The Palace are bright and illuminate the entire area) and a “dark” phase (when everything is cloaked in darkness).

While the light phase is active, the echoes actually learn from what the player does, taking note of any dynamic actions they utilize, be it vaulting over a low obstacle, sneaking around to avoid detection, sprinting to create distance, or even firing En’s gun to disable or kill them. During the dark phase the echoes are no longer able to memorize En’s actions, but once the next light phase begins, they can use whatever maneuvers the player used during the last light phase.

All of a sudden, enemies who could only shamble around slowly before can now sprint, vault, and even shoot guns just like En can, assuming of course the player performed all those actions in the previous light cycle. This all coalesces into a dynamic game of cat and mouse where the player must evade the echoes in order to progress and clear objectives, but getting too fancy with your evasion tactics can have dire consequences during the next light cycle if you take too long to escape.

While all of the above certainly sounds fun in theory, the reality is sadly not as clean and precise. Echo’s controls are very rigid, not so rigid that they impede the player’s evasion efforts, but rigid enough that trying to proceed through an entire echo-infested section of The Palace (the game is divided up into sections which, sadly, don’t have any mid-level checkpoints, so you have to do each one in its entirety in a single go) without getting caught is quite an undertaking.

In addition to the above actions, En can also do things like crouch, shout to distract echoes, and use large objects to break line of sight, but more fine-tuned moves like being able to peek around corners while pressed against a wall or hide inside objects to avoid detection are nowhere to be found. Something which exacerbates these problems is En’s stamina/energy system.

En’s suit has a limited energy reserve for performing actions like shooting her gun or leaping off a ledge to a lower floor, and her limited stamina means the player can’t just spam actions like sprinting, vaulting, or performing combat actions like shoving echoes or disabling them with stealth takedowns. Again, in theory this sounds like an interesting wrinkle that forces the player to think on the fly, but in practice it just means that the odds are higher you’ll get swamped by echoes if you’re not careful.

You see, unlike in most other stealth games, the echoes don’t follow prescribed patrol routes, they’re just spread around haphazardly, and oftentimes a player will enter a level and be immidiatly detected by several echoes, making stealth even less of an ideal option. Most of the time, I found the best strategy was to simply move around, bunch up as many echoes as I could, wait for the dark phase to begin, and then sprint over to the exit or whatever objective I had completed. In short, for something that markets itself as a stealth game, Echo pays very little respect to the stealth format.

While it’s a minor issue in the grand scheme of things, the way Echo handles its story pacing isn’t very ideal either. The game starts off very slowly with long conversations happening between En and London. On the one hand, it’s interesting seeing these two characters who don’t really know (or like) each other form a friendship of sorts despite their different outlooks and goals, but there’s *a lot* of exposition that happens between En and London, to the point where some parts of the game can really feel like they’re dragging along because of it.

Nothing In The Dark

If you don’t mind making peace with Echo’s loose interpretation of the term “stealth,” I’d say the game’s premise is interesting and unique enough to warrant a playthrough, but I also feel like it would take a very specific type of stealth genre fan to be able to stick with the game all the way to its end.

I certainly wouldn’t go so far as to say Echo is a bad game (though obviously there are areas which I felt could have used a bit more polish and tweaking), but it is the sort of game that you’ll likely either love wholeheartedly or loathe with a fiery passion. As long as you don’t go in expecting a refined stealth experience like Hitman or even Metal Gear Solid, there are a few bright spots amongst Echo’s overtly dark and somber presentation that are worth experiencing, you just have to wade through a lot of needless aggravation to find them.