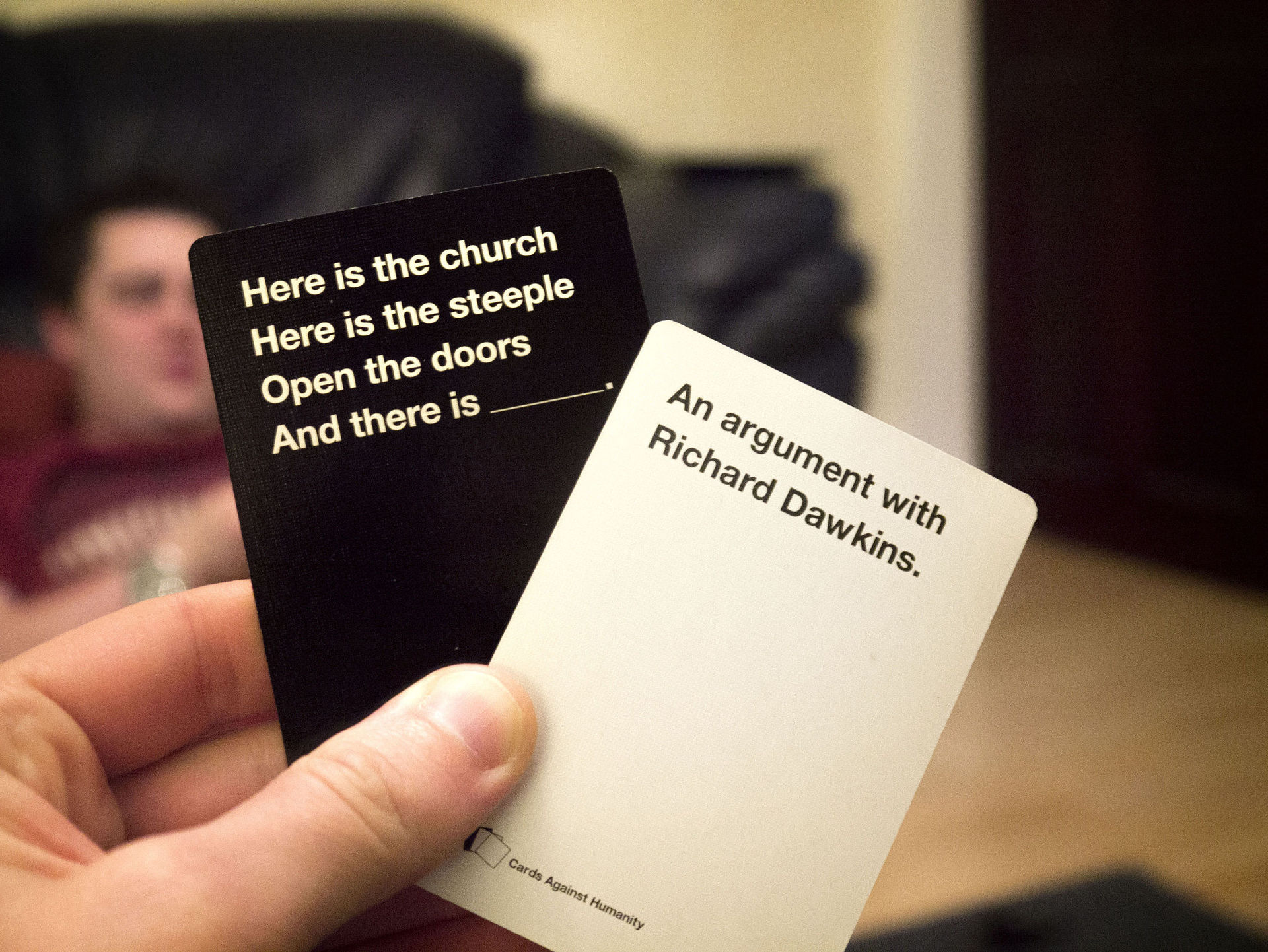 The game labels itself as a stealth experience, but that’s not exactly the case.

Co-op games on PC and console can be a great way to pass the time with your friends and family. However, sometimes you get a hankering for a traditional tabletop card game. One where you can gather around a table, drink, eat, and in general, have a crazy time. Over the last few years, there’s been a resurgence of adult card games on the market.

If you search up card games on Amazon, or browse through the selections at a store, you may be overwhelmed by just how many adult card game options are available. Card games aren’t exactly cheap, and can often come with expansions to help improve the games. So, which adult card games should you consider first?

Below, we’ve put together a list of 5 must-play adult card games that you’re sure to love!

This game is perfect for fans of Pictionary… with a twist. Draw What?! takes the concept of Pictionary and turns it on its head by giving players extremely strange prompts. Players will draw a card which will contain a twisted word or phrase, and will then have to draw that word or phrase on a white board. With the drawing complete, other players will have to try and guess what the drawing represents.

If they can accurately guess what your drawing is, you can all move along the game board. Just be sure not to land on the wrong space, as things will likely get even more chaotic! We can’t help but love Draw What?! for the hilariously awkward drawings and the wild guesses people throw out. If that sounds like your type of game, definitely give Draw What?! a try.

Buy Draw What?! on Amazon.

With the cards drawn, the Judge will have to determine which player is most likely to perform the action written on their card. Meanwhile, the players will have the opportunity to argue with the Judge and sabotage other players. In the end, it’s all about swaying the Judge because the first player to gather 7 cards is the loser. Like we said before, if you really want to get to know your friends and family, this game is pretty much perfect.

Then, the other players will need to use their White Cards to fill in the blanks. The Black Card holder will read off the weird answers anonymously provided by the other players, and will then pick the answer they feel best fits the Black Card. Take it from us, the winner is often the one with the funniest (and craziest) response. With so many positive reviews for Cards Against Humanity, you have no reason not to check it out. Trust us, it never gets old!

Buy Cards Against Humanity on Amazon.

Last, but certainly not least, we come to the card game Nasty Things. This game is a lot like Cards Against Humanity, but with the added chaos of having to write down your own responses rather than use preset White Cards. Nasty Things comes with a variety of weird, inappropriate prompts in a similar manner to the Black Cards in Cards Against Humanity. After one player reads off the prompt, the other players will have to write down the answers themselves.

To win, however, you’ll need to have a basic knowledge of the players around you. This makes Nasty Things another great game to play when you’re looking to really get to know people. Especially considering points are awarded based on whether or not you can guess who wrote what. Nasty Things combines elements of many games on this list together. As such, we highly recommend it. Especially if you already own some of the games listed above!

There you have it, a look at 5 different must-play adult card games. Do you own any of the adult card games listed above? Do you have any other recommendations? Let us know down in the comments below!