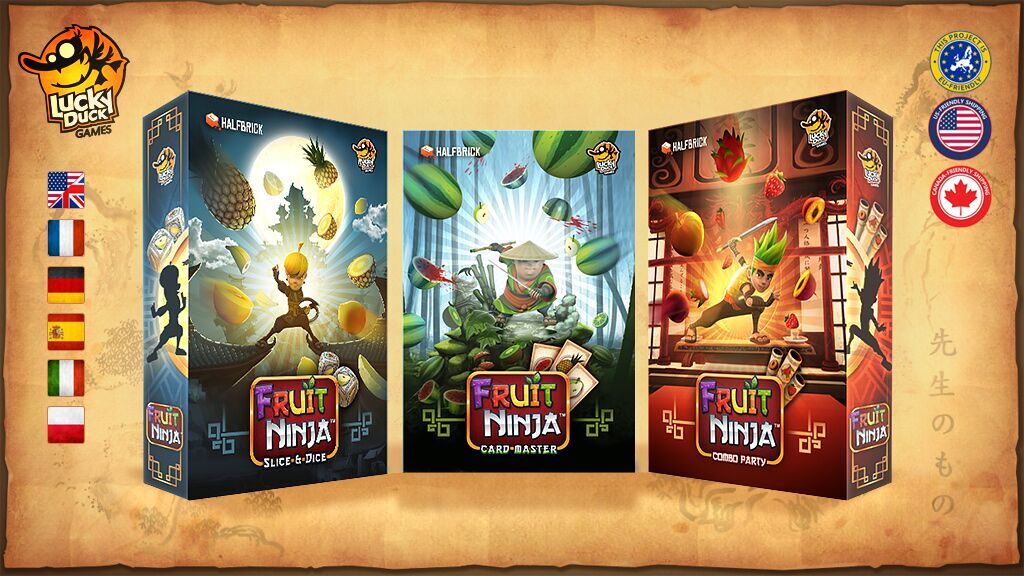 Halfbrick Studios, the indie developer behind the mobile sensation Fruit Ninja, has announced via a press release that it is teaming up with board game publisher Lucky Duck Games to crowdfund not one but three different physical adaptations of its iconic fruit-slicing title.

Yes, that’s right, Lucky Duck didn’t want to settle with turning the fast-paced gameplay that Fruit Ninja is known for into just one board game adaptation, so it went with three.

The Fruit Ninja tabletop series Kickstarter is now live and can be found at this link. You can also watch the below video teaser to get an idea of how each game will play. The Kickstarter campaign naturally offers a series of different pledge tiers for backers to choose from, with more expensive tiers granting more benefits.

The three games aren’t expected to hit retail shelves until late 2018/early 2019, so the Kickstarter campaign is the best way to get your hands on them as soon as possible, and it’s also the cheapest way since the three-game set is expected to go for at least $90 when it fully launches. Pledging at the $29 tier or above also makes backers eligible for any stretch goals that are met, though at the time of this writing Lucky Duck hasn’t outlined what those stretch goals will be.