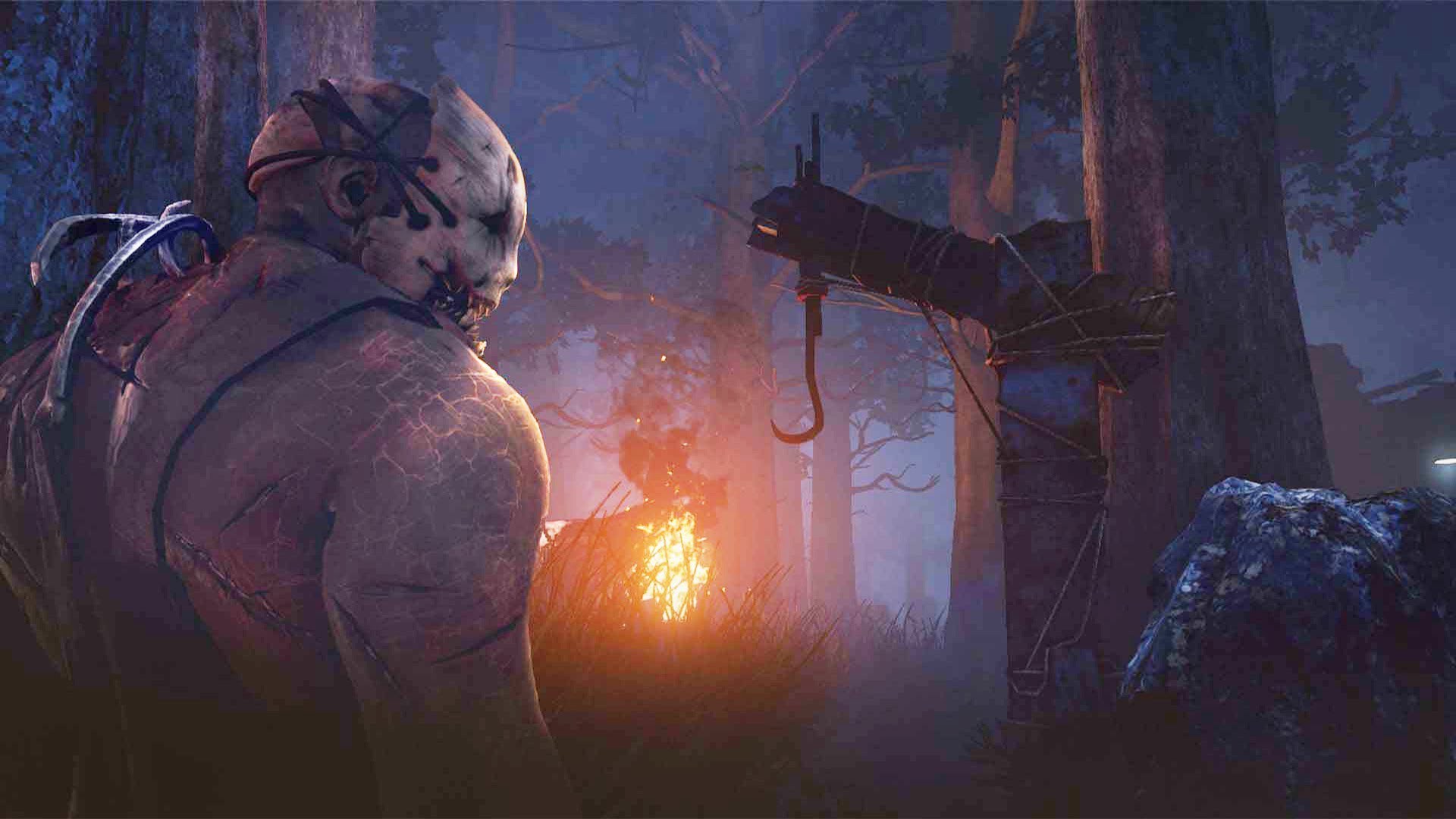 It hasn’t been that long since developer Behavior Interactive added the chainsaw-wielding Leatherface from The Texas Chainsaw Massacre film series into its asymmetrical horror multiplayer game Dead by Daylight, but now the studio is already teasing the upcoming reveal of yet another iconic movie killer: Freddy Krueger from A Nightmare on Elm Street.

While Dead by Daylight started off on rocky footing back when it launched in the summer of 2016, Behavior Interactive has managed to release a steady series of new content updates for the game, updates which the studio frames as “chapters” in the game’s mystery-shrouded lore. About a year ago, those content updates took an interesting turn when they incorporated the Halloween series’ knife-wielding killer Michael Myers into the Dead by Daylight storyline.

Today, Dead by Daylight contains an interesting body of lore which mixes more original elements (and killers) with well-known beings like Michael Meyers, Leatherface, and, judging from the new teaser trailer, Freddy Kruger. Since Dead by Daylight is also a competitive multiplayer game which tasks a team of four players with escaping from a procedurally generated map while a fifth player (playing as a killer) hunts them down.

This means that the game also allows players to step into the shoes of these original and iconic murderers, utilizing their unique skills and abilities to ensure the other players don’t make it out alive. A more cynical observer could also argue that the incorporation of so many iconic movie killers is Behavior Interactive’s way of competing with developer Illfonic’s multiplayer horror title Friday the 13th: The Game (which naturally features movie killer Jason Voorhees). However, if a little friendly competition means we get to play as so many different icons of the horror genre, it’s hard to complain about that.