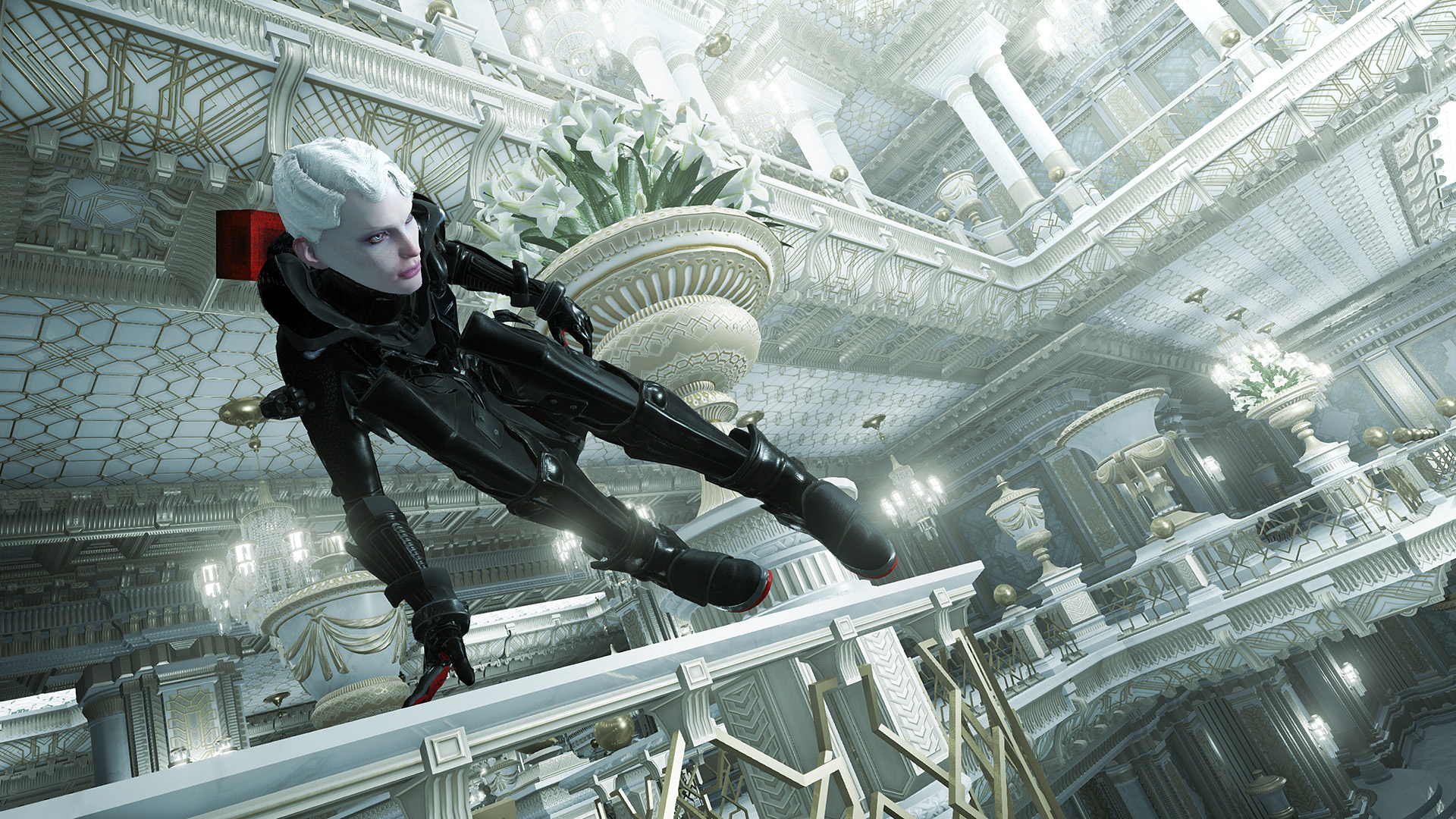 After a successful launch on PC, indie developer Ultra Ultra has announced its new third-person sci-fi stealth game ECHO will be launching for the PlayStation 4 console tomorrow, October 11th. Ultra Ultra confirmed the imminent PlayStation 4 release of ECHO via this recent PlayStation Blog post, a post that also provides a detailed breakdown of what exactly ECHO is.

In ECHO, the player takes on the role of En (voiced by Game of Thrones actress Rose Leslie), a young space explorer who, along with her sentient starship London (voiced by Dragon Age and Mass Effect voice actor Nick Boulton), ventures to a mysterious location in deep space known as The Palace.

Within The Palace, En discovers a seemingly endless series of decadent halls and rooms, but she also finds something more sinister... a defense system which creates hostile clones that take on En’s likeness.

However, as En soon finds out, the clones are capable of copying more than just her appearance. Whatever tactics or skills En uses to escape the clones (be it combat, stealth, or a combination of the two), the clone will then learn to use those same maneuvers. Gun down a clone with your firearm, and the clones will soon start whipping out guns of their own.

Try to sneak around and take out the clones with stealth attacks, and you’ll soon find yourself shifting over from the predator role to prey. In this way, ECHO forces the player to carefully consider (and constantly reevaluate) their actions, since the strategies you employ to outsmart or defeat the clones will rarely work twice in a row.

The above trailer should give you a more visual idea of what’s in store for you if you decide to take ECHO for a spin. You can also find out more over at the official ECHO website.