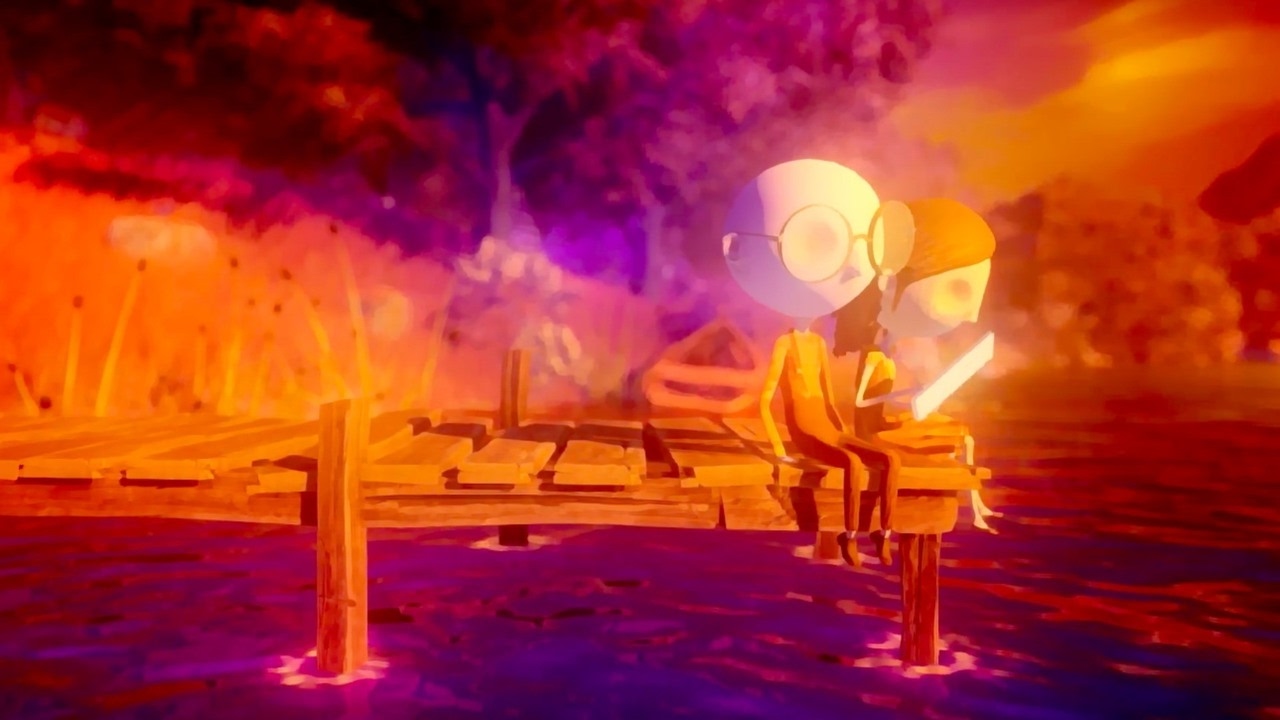 Anime 'Laputa: Castle in the Sky' Beautifully Recreated in Minecraft

The Miyazaki film served as both inspiration and motivation for one ambitious Minecraft builder.

There’s an old saying that you’ve probably heard: “it’s better to have loved and lost than to have never loved at all,” and Last Day of June, a new adventure title from developer Ovosonico and publisher 505 Games, manages to both embrace and challenge that old saying in equally provocative ways. Last Day of June is a game that will certainly tug at your heartstrings and lead you to consider concepts like death and loss in a new light, even if its actual gameplay is sometimes a bit uneven.

The story behind Last Day of June is told through wonderfully charming visuals that rely more on body language and expression than on spoken dialogue, which is good since it doesn’t actually have any spoken dialogue, instead the characters “speak” to each other using hums, gasps, and laughter, leaving the player to interpret what they’re saying. At the center of the story is a young couple named Carl and June who are celebrating a nice day out at their village’s local pond. However, when a heavy storm suddenly kicks up, the pair attempt to drive home and end up in a car crash that claims June’s life and leaves Carl in a wheelchair.

Overwhelmed with grief over the death of his soul mate, Carl wishes for nothing else other than to go back in time and ensure the day has a different outcome, one in which he and June make it home safely. When he stumbles into June’s art studio, Carl is surprised to discover that the various portraits June painted, portraits of the four other local residents who call their village home, are now glowing with a strange magic. Touching each of the portraits flings Carl back in time to that fateful day, allowing the player to control each of the four characters in turn.

This all leads to a sort of Groundhog Day (the movie) scenario in which the player continuously relives that same day, taking each of the four local residents down different paths and solving environmental puzzles with the end goal of avoiding the “default” sequence of events (events which lead to Carl and June’s car crash).

In-between each “past” segment, the player can also explore both Carl and June’s house and the surrounding village as the wheelchair-bound Carl, catching glimpses of the life that Carl and June led before their crash in the form of memories that dot the landscape. Seeing these memories doesn’t really serve any direct gameplay purpose, but they do help to provide context to Carl and June’s life and the progression of their relationship beyond the single day that players keep reliving.

The environmental puzzles that each of the four citizens need to overcome aren’t overly complex, but the ripple effects that each citizen’s actions can have on the actions of others mean that the player has to carefully consider where each citizen winds up. For example, one of the citizens, the child, can avoid causing Carl and June’s crash by choosing to play with a kite instead of a ball (since the latter leads the child to wander into the street and trigger the car crash), but when another citizen, the best friend, needs the kite’s rope to secure the loose boxes in the back of her truck (and thus avoid causing a crash of her own), the player has to then utilize a third citizen, the hunter, to ensure both the child and the best friend go down the proper paths to avoid making Carl and June crash.

While the player explores the village as each of the four citizens, they can also find a series of collectibles which, when picked up, unlock memories tied to each citizen, showing that they each have their own stories and struggles which are separate from Carl’s dilemma. Finding these collectibles isn’t necessary for finishing the game, but they do help to add dimension to each citizen, making them feel like more than just vehicles for Carl’s ultimate goal of preventing June’s death.

Of course, as charming and captivating as the story behind Last Day of June often is, its gameplay sometimes struggles to keep the player totally engaged. The lack of a proper HUD or any sort of hints/waypoints system does help with the game’s immersion factor, but it also means that the player can oftentimes wander around aimlessly while a puzzle’s solution is unintentionally hidden in plain sight. Also, the fact that you can’t skip non-interactive cinematics gets to be a real drag towards the end of the game when you have to continuously sit through the routines of each citizen as they wrap up their unique journey. If you accidently trigger the wrong ending for a citizen, you can spend upwards of 10-15 minutes having to watch the conclusion of events to its end, replaying that citizen’s segment, picking the correct ending, and then watching the whole thing yet again.

While the above caveats do somewhat spoil the magic of the game’s narrative and aesthetics, they’re well worth dealing with in order to see the final resolution of Carl’s quest to save June. Naturally I won’t go into any spoilers here, but I will say the game as a whole, not just its ending, shows players that people process grief in different ways, and for some that process can involve finding creative ways of remembering what was lost. Sure, part of Carl’s journey involves *not* accepting the fact that June is dead, but Carl’s inability to accept June’s death isn’t the ultimate endgame of Last Day of June, it’s merely a springboard from which the game’s deeper themes, and ultimate resolution, launch from.

If you don’t mind dealing with some uneven gameplay or having a box of tissues on hand, Last Day of June is definitely the sort of game that can make you cry and laugh in equal measure, and it’s also yet another solid example of games that explore concepts and themes which may be uncomfortable initially, but which also deserve exploration nonetheless.

*Last Day of June is available now for PC and PlayStation 4. This review was written using a review code provided by the publisher.