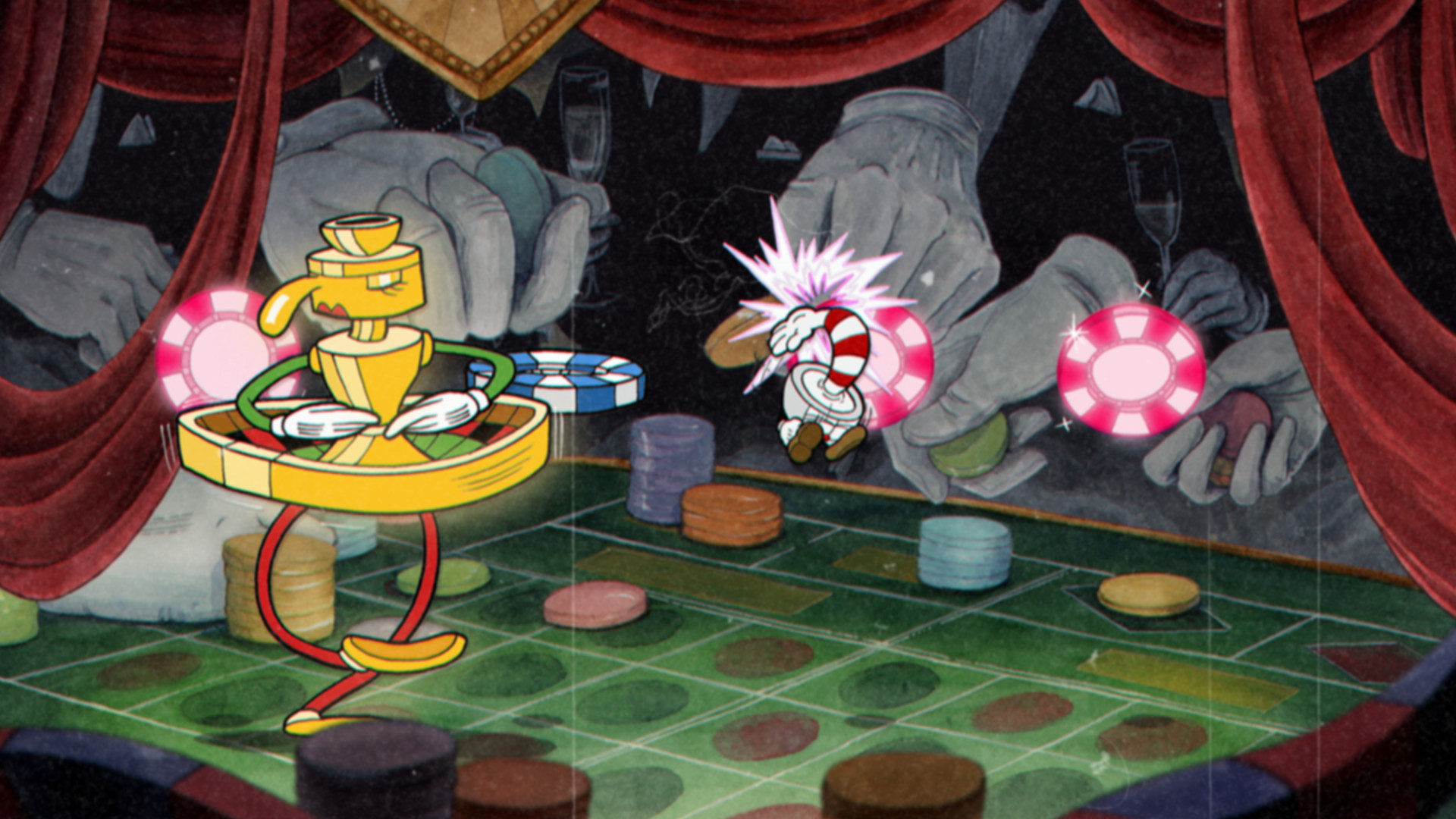 Cuphead: How to Parry Slap

Knowing how to parry in Cuphead is crucial for earning a high grade in each level. The parry slap move serves various functions, including building your Super Meter and reviving a companion. This guide will briefly explain how to perform a parry slap in Cuphead and why you should master this move.

Cuphead - How to Parry Slap

The parry slap is a simple maneuver that can be tricky to pull off in practice. To perform a parry slap, you must jump in the air, then quickly press the jump button again while airborne near a pink object. A hand will quickly pop up with a pink glow from Cuphead to slap the object.

It helps to position Cuphead beneath or beside the object which you wish to parry in order to properly parry slap it. If there are multiple pink objects lined up close to one another, you can repeatedly jump and parry from one object to the next without having to touch the ground. The momentum from Cuphead’s initial parry allows him to continually parry multiple times in succession.

The parry slap is used to accomplish various tasks in Cuphead. Cuphead can only parry pink objects and projectiles, destroying the object upon doing so. Successfully performing parry slaps will also build up your Super Meter, allowing you to perform EX moves more often. Keep an eye on the cards accumulating in the lower corner of the display. An EX attack will consume one card. If you accumulate five cards, they will start spinning, signaling that your Super Art is available if you’ve equipped one.

To obtain a Super Art, you must complete the Mausoleum level, which consists of parrying a series of pink ghosts. This is a great way to put your parry-slapping skills to the test in Cuphead.

The parry slap is also what you need to use to revive your teammate while playing two-player co-op. When your co-op companion dies, their ghost will float up from wherever they fell, and it’s up to you to properly parry their ghost to revive them.

Wait until your companion’s ghost is just above your character, then quickly double-jump to bring them back into the game. A revived ally will be invincible for a few moments as they return to battle with 1 HP.

Some Cuphead achievements require proficient use of the parry slap as well. These achievements include Parry Persistence, Parry Performance, and Bouncing Ball. Check out the video below by Maka91Productions to learn how to earn the Bouncing Ball parry achievement in Cuphead.

Earn an A Grade or Higher

Parrying is also necessary for getting a high grade in Cuphead. You must successfully perform at least three parry slaps during a level in order to earn an A-grade or higher at the end. We don’t recommend using the auto-parry P. Sugar Charm, as there are better Charms that are worth equipping. Improving your skills with the parry slap will allow you to free up a Charm slot for a more useful ability, such as Smoke Bomb.

Mastering the art of the parry slap will help you improve at Cuphead and eventually reach an S-rank in each level. Check out our Cuphead Tips and Tricks Guide for more useful tactics!