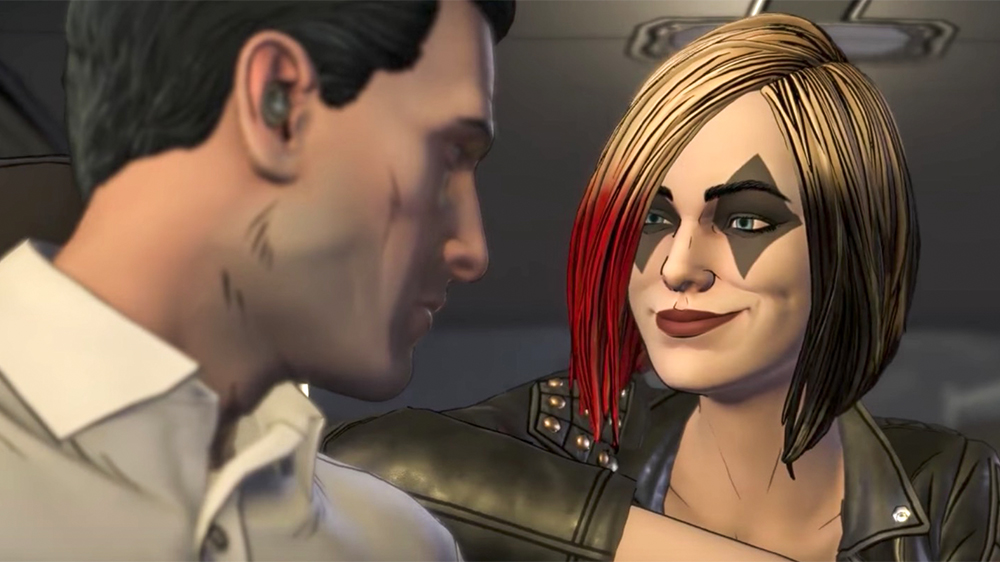 Batman: The Enemy Within Episode 2 Gets A New Trailer

With mere days to go before its official launch, Telltale has now unveiled a new story trailer for the second episode of Batman: The Telltale Series’ currently ongoing second season, The Enemy Within.

Titled ‘The Pact,’ the second episode sees Bruce Wayne struggling to maintain the balance between his billionaire playboy persona and his second life as Gotham’s dark protector. Bruce is given little time to recover from his battle with The Riddler in the season’s first episode as yet another new threat enters the picture: Harley Quinn. Meanwhile, in order to further uncover the mysterious conspiracy that ties the new villains together, Bruce finds himself even more deeply embroiled in the machinations of John Doe, a.k.a Telltale’s unique version of the man who will eventually become The Joker.

Telltale is once again showing off its desire to shake up the established Batman lore and introduce new wrinkles that lead fans to think about the series’ iconic characters in new ways. How does Harley Quinn come to be without the guiding influence of The Joker? What is Amanda Waller’s ultimate goal? Does John Doe truly see Bruce as a friend, or just another pawn in his game? These are questions that likely won’t all be answered in The Pact, but the new episode will hopefully at least shed some new light on them.

Be sure to watch the below trailer until the very end to get a tease of yet another mainstay villain who will undoubtedly push Batman’s fighting skills to their limits.

The Pact will launch next Tuesday, October 3 for PC, Xbox One, PlayStation 4, and mobile (iOS and Android) devices. On that same day, the second season’s first episode, The Enigma, will also become available on mobile devices, and Telltale promises that future episodes will release simultaneously for all available platforms (PC, consoles, and mobile devices).