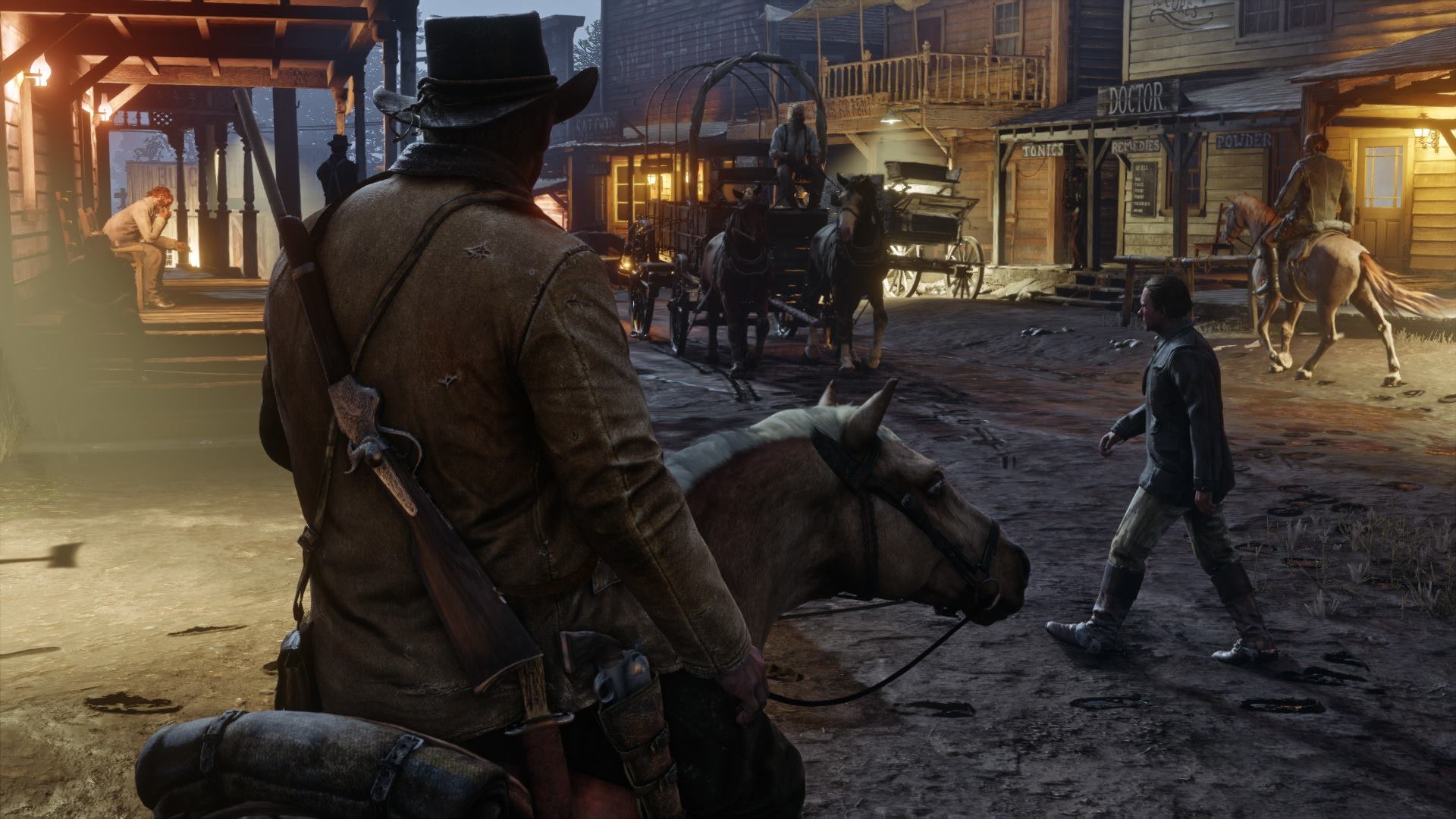 After teasing fans last week, Rockstar Games has unveiled a brand new trailer for its highly anticipated sequel Red Dead Redemption 2, a trailer that offers new details on both the sequel’s story and gameplay elements.

The trailer, while brief, still manages to give viewers a pretty clear look at the motivations and ideals that shape Red Dead Redemption 2’s protagonist, a man named Arthur Morgan. While there are most assuredly details of Morgan’s background that the trailer doesn’t show, it’s still pretty obvious that he is, in many ways, the direct antithesis of the original Red Dead Redemption’s leading man, John Marsden.

Whereas Marsden was a good, noble man who was driven to a life of crime out of desperation and a need to provide for his family, Morgan clearly has no qualms about committing crimes of various magnitudes and roughing people up when they don’t comply with his demands.

According to a press release from Rockstar, Morgan is a member of the Van Der Linde gang, a group of criminals who clearly have a knack for pulling off everything from petty crimes like extortion and intimidation up to major undertakings like bank robberies and train hijackings.

Again, it’s not yet clear how much of a sympathetic character Morgan will be (we’re guessing not a whole lot), but the trailer does prove he’ll meet a diverse cast of colorful characters along the way, each with their own motivations and quirks.

Red Dead Redemption 2 doesn’t yet have a specific release date, but Rockstar has confirmed the sequel will be launching for both Xbox One and PlayStation 4 sometime during Spring 2018. In addition to its story mode, the sequel will also have an equally expansive multiplayer mode which will be on the same sort of scale as Grand Theft Auto 5’s online experience, Grand Theft Auto Online.