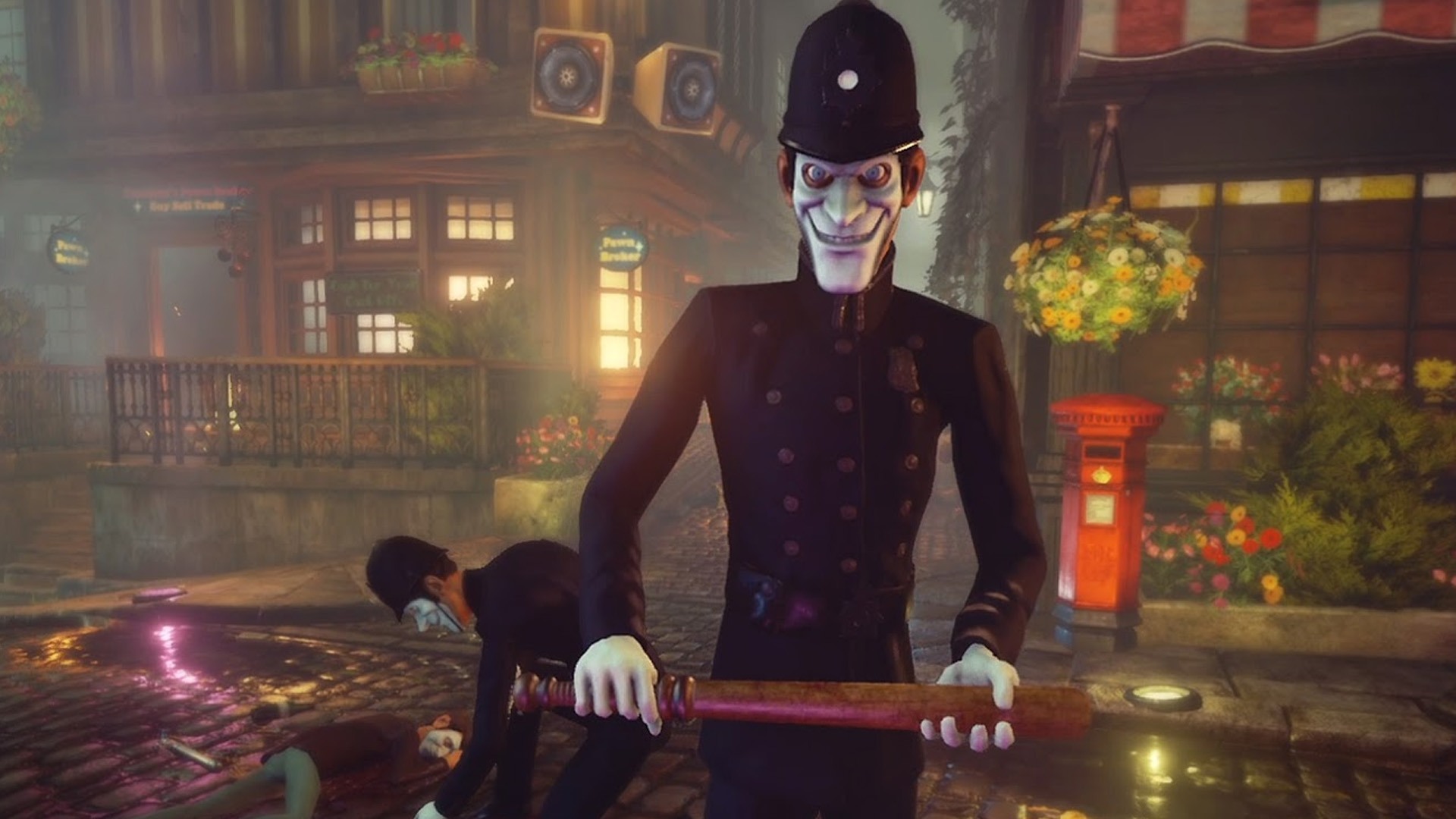 We Happy Few is Getting an Official Bobby Action Figure

The tale of Arthur Morgan will be a bloody one.

McFarlane Toys and Compulsion Games have announced they are teaming up to produce an officially licensed action figure that’s based off the iconic Bobby enemy from Compulsion’s upcoming psychedelic survival game We Happy Few.

As you can see in the below image, the action figure is a scarily accurate recreation of the iconic Bobby enemy from We Happy Few, the white-masked police officers who patrol the streets of Wellington Wells and gleefully punish any "Downers" that cross their paths.

The Bobby action figure also comes with a variety of accessories including an alternate gas mask-wearing head, swappable hands, and a bottle that the figure can hold (for those times when his police baton just isn’t enough to get the job done).

According to the Bobby figure’s official McFarlane Toys webpage, it stands at seven inches tall, has 12 points of articulation, comes with a display base (the same base shown in the picture), and even ships in special boxed collector packaging that includes a unique figure number for all you hardcore collectors out there.

The Bobby figure is expected to become available sometime in March 2018 at a $19.99 price point. Sadly it doesn’t look like you can pre-order the figure for the time being, though that will likely change closer to its launch date.

Meanwhile, We Happy Few is scheduled to launch on April 13th, 2018 for Xbox One, PlayStation 4, and PC at a $60 price point. The full release will include features that aren’t currently found in the game’s Steam Early Access/Xbox One Preview Program versions such as a full story campaign, three unique playable characters, over 250 unique encounters, and more.

Investing in the Early Access/Preview Program versions is a wise move if you plan on playing the full game, though. This is because everyone who owns those versions will get a copy of the final release for free.