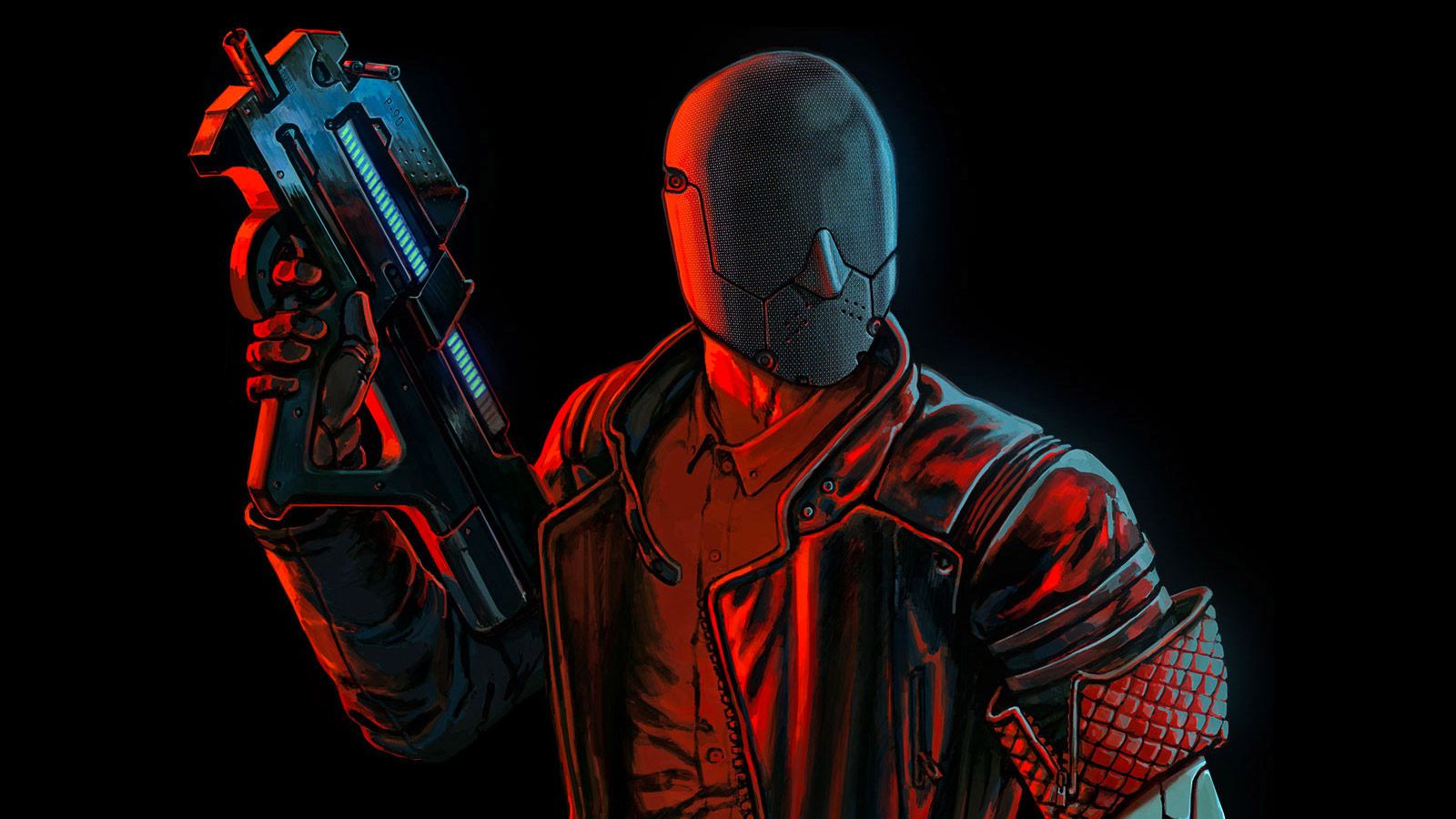 Not the right fight.

Ruiner, the latest title from developer Reikon Games and publisher Devolver Digital, is a unique sort of game in that it borrows elements from several different genres (twin-stick shooters, RPG’s, and hack-and-slash games to name a few) and layers them all in shallow increments atop one another, providing an experience that keeps the player engaged without overwhelming them. It has its faults for sure, but those looking for a challenging game that is set in a unique world and has some strong combat and RPG elements would be hard pressed to find a more fitting example than Ruiner, especially within the indie game scene.

When it comes to backstory, Ruiner definitely goes more in the direction of presenting the player with an immersive world rather than getting them invested in the main character’s plight, but that isn’t necessarily a bad thing. The game is set in a futuristic city called Rengkok during the year 2091. Rengkok isn’t exactly the most cheerful of cities, evoking the same cramped, grimy, crime-ridden despair as Blade Runner’s Los Angeles or Akira’s Neo-Tokyo. The player takes on the role of a nameless protagonist who clearly has no qualms about murdering the hordes of enemies who bar him from his ultimate goal: finding his brother who has been kidnapped by a villainous conglomerate known as Heaven.

Along the way, the player is aided by an enigmatic hacker who is simply referred to as “Her,” and the player-controlled protagonist has no dialogue or personality of his own, what little emotion or motivation he shows being displayed via the unique-looking LED mask he wears. As for Ruiner’s gameplay, that mostly involves methodically working through a series of levels, collecting weapons and earning upgrades, and using said weapons and upgrades to kill a whole bunch of goons before reach the end of the level and fighting its unique boss.

Given Ruiner’s strong (yet not grossly overdone) emphasis on violence, it makes sense that Reikon Games decided to go with a unique-feeling twin-stick movement/combat control scheme that includes both melee and ranged combat options. Even in standard combat encounters, foes will quickly surround the player and cut them down with ease if the player doesn’t constantly stick and move, using their ability to attack in multiple directions while they move around to their advantage. The player also soon unlocks a series of ancillary abilities as well, and at first I actually found all these options and the different buttons I had to press to use them a little overwhelming, but once you develop a little muscle memory for them it gets easier to handle.

One of the elements I really liked about Ruiner was its highly customizable RPG-like skills system. As I said before, you can unlock a variety of active and passive abilities that can help give you an edge in combat, but what’s really cool is that you’re free to reallocate any skill points you’ve earned at any time, even when you’re in the thick of a particularly intense fight. This means that if, for example, you find yourself struggling against a particular boss or mini-boss, you can take skill points out of certain skills and reassign them to another, trying different strategies until you find the one that works best.

The ability to free reallocate your skill points also means that you can more easily shape the nameless protagonist into a combatant who closely adheres to your personal playstyle. Notice that you’re not using a certain skill that much? Take points out of it and put them somewhere where they’ll do more good. Want to try out a new skill or upgrade? By all means go right ahead, you can always just take those points back and redistribute them if you end up not liking the skill. There’s a decent amount of depth found within Ruiner’s skill system, but with that depth also comes a level of freedom and personalization that isn’t often found in most other RPG’s.

That being said, I’m glad I had such a high level of control over my character’s skills, since Ruiner definitely doesn’t hold back in the difficulty department. If you’re playing on the Easy or Normal difficulty settings, the early levels aren’t so bad, but hoo boy does the difficulty ratchet up quickly after that. Even on the Easy difficulty setting, I struggled against several of the late-game boss and mini-boss encounters, though I will also admit that many of the deaths I suffered were due in part to my misinterpreting of how a particular boss mechanic worked (of course, the game never really bothers to explain said mechanics to you in the first place, so take that as you will).

Even with its high difficulty curve, I wouldn’t go so far as to say that Ruiner ever felt unfair or cheap, only that the game’s expectation of having the player learn on the fly can be aggravating to deal with sometimes. There were also a few occasions where I suffered a few cheap environmental deaths, but again, I’d say my own adrenaline-fueled desire to barrel ahead would have prevented many of those deaths in hindsight. Ruiner can certainly feel frustrating at times, especially during a few particular boss fights, but it’s definitely not as unforgiving an experience as, say, your average Dark Souls game would be.

Overall, I’d definitely recommend Ruiner to fans of combat-heavy games, sci-fi titles, or any game where the story isn’t laid out all at once but is instead teased out slowly. My Normal/Easy playthrough (you can dynamically switch difficulties if you feel things are getting too hard or easy) lasted just under six hours, and much of the game’s replay value lies in earning miscellaneous achievements and/or beating the game on higher difficulties, so keep that in mind if you’re looking for a game you can sink dozens of hours into. Other than that, I’ll wrap this review up by saying that there are a lot of reasons you should check Ruiner out, if, that is, you don’t mind its bleak, violent setting and overt focus on high difficulty.