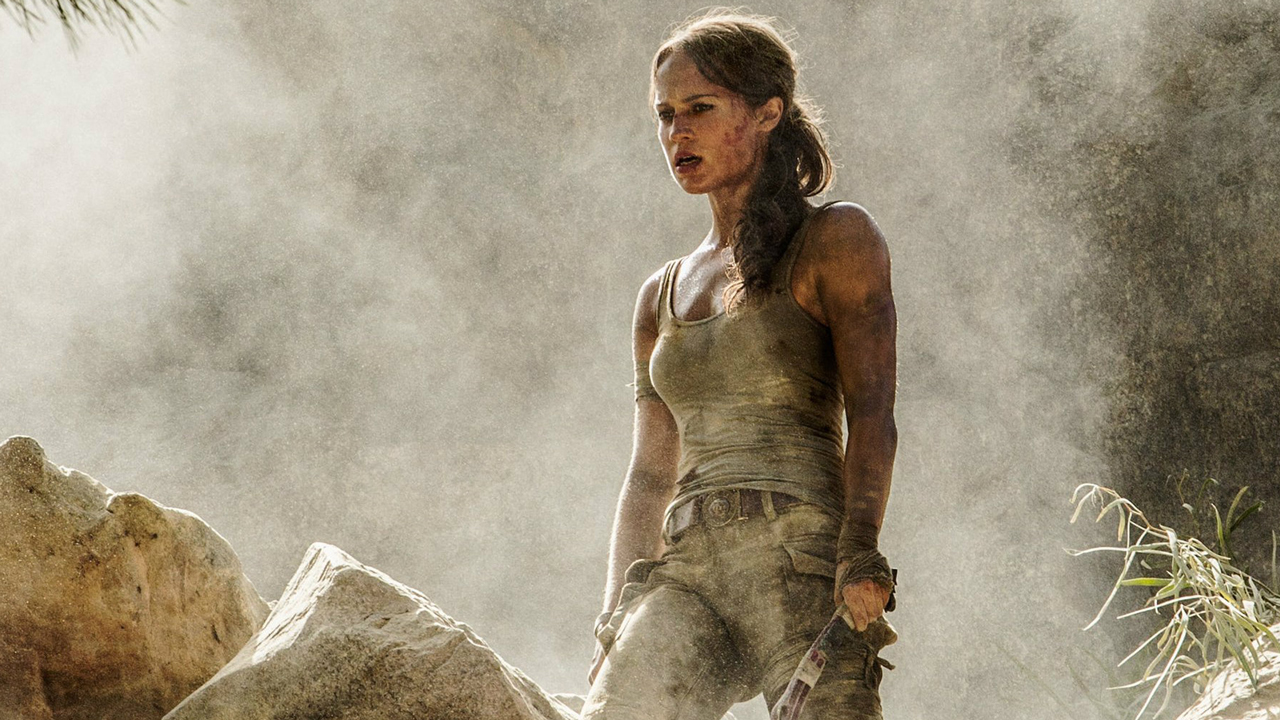 As the trailer shows, the new Tomb Raider movie will borrow many different elements from Crystal Dynamics’ two recent reboot games, 2013’s Tomb Raider and 2015’s Rise of the Tomb Raider. These elements will include story beats such as Lara escaping a storm-battered ship, becoming stranded on a mysterious island (pretty much the plot of the 2013 game), and crossing paths with the enigmatic organization Trinity (the antagonists in Rise of the Tomb Raider).

In addition, there are smaller aesthetic details such as Lara’s outfit and her use of iconic weaponry from the game such as a red climbing axe and a bow and arrows.

The movie’s plot will apparently mash up the stories of the two separate games into a more streamlined single narrative in which Lara journeys to the mysterious island so that she can finish what her father started: find and seal off an ancient tomb that houses an artifact of incredible (i.e. dangerous) power. Of course, since Trinity wants the artifact for its own nefarious purposes, the organization won’t be making things easy for the young Miss Croft.

In addition to Vikander, Tomb Raider will star Dominic West (The Wire, 300) as Lara’s father, Daniel Wu (Into the Badlands, Warcraft) as a friend of Lara’s whom she hires to take her to the island, and Walton Goggins (Vice Principles, The Hateful Eight) as the villainous head of the Trinity group on the island. The trailer also reveals that Kristen Scott Thomas (The English Patient) and Nick Frost (Shaun of the Dead) will have cameo appearances, with the latter appearing to give Lara the twin pistols that will eventually become her trademark.

Tomb Raider will premier in March of 2018. You can check out the movie’s first official poster below.