Tifa is a powerful ally, but her powers come at a cost. 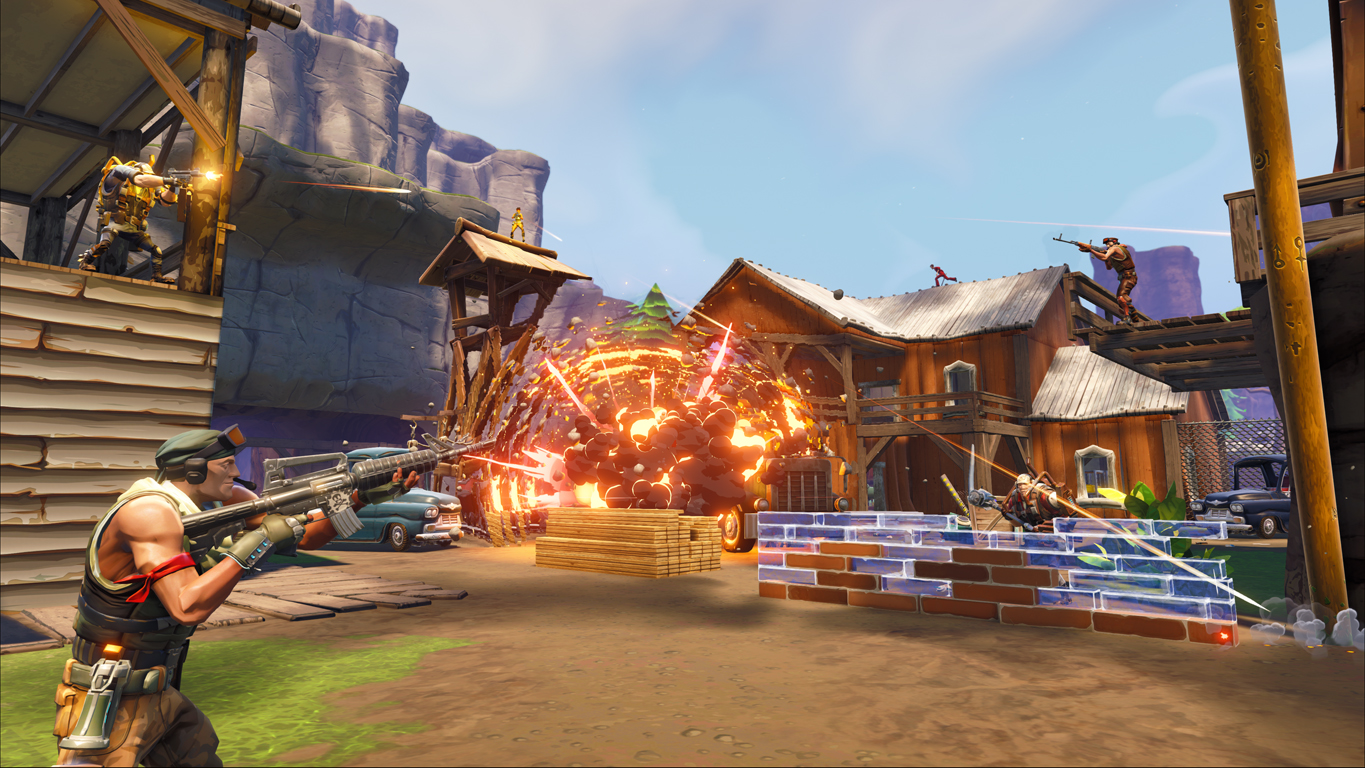 A single-player campaign is being considered, but likely won’t be implemented anytime soon.

During this past weekend, a few Fortnite players noticed an odd phenomenon: PlayStation 4 players were populating matches hosted by Xbox One users and vice versa. No announcement of cross-console play had been made by Microsoft, Sony, or Fortnite developer Epic Games, leaving more skeptical players to think the whole thing was a big mistake. Unfortunately, those skeptics turned out to be right.

The discovery that PlayStation 4 and Xbox One players could play Fortnite together was quickly shared with the entire Fortnite Reddit community, and some were quick to offer theories on what exactly was happening (one Redditor, for example, said that PS4 players might be mistaking PC gamertags for corresponding Xbox One tags, since Windows 10 users can use the same gamertag across both platforms).

Epic recently released a brief statement on the matter, saying that cross-console play had indeed been enabled, but that it wasn’t an intentional move on the studios’ part.

“We had a configuration issue and it has now been corrected.”

As disappointing as Epic’s clarification was, it was also not very surprising. Cross-console play has been something that users of both platforms have wanted for quite some time, and Microsoft has been quite amiable to the idea of enabling such functionality. The issue, therefore, has been and continues to be on Sony’s end.

The potential for cross-console support has been floated for other games in the past such as Microsoft’s own Minecraft and Psyonix’s popular car soccer title Rocket League, but in those and other cases Sony has stood by its stance that it would not be able to guarantee the online safety of its users if it let PS4 players interact with players from another platform.

Of course, Sony’s supposed concerns ring a little hollow when one considers that there are a lot of PS4 games that have cross-play functionality with their PC counterparts, and Xbox head Phil Spencer himself wasn’t afraid to call Sony out in the past, saying that its stance on the issue does nothing but harm players who just want to play with their friends, regardless of platform.

For now, it looks like unintentional errors on the part of studios like Epic Games will be the closest we ever get to a world where PS4 and Xbox One players can directly interact with each other.