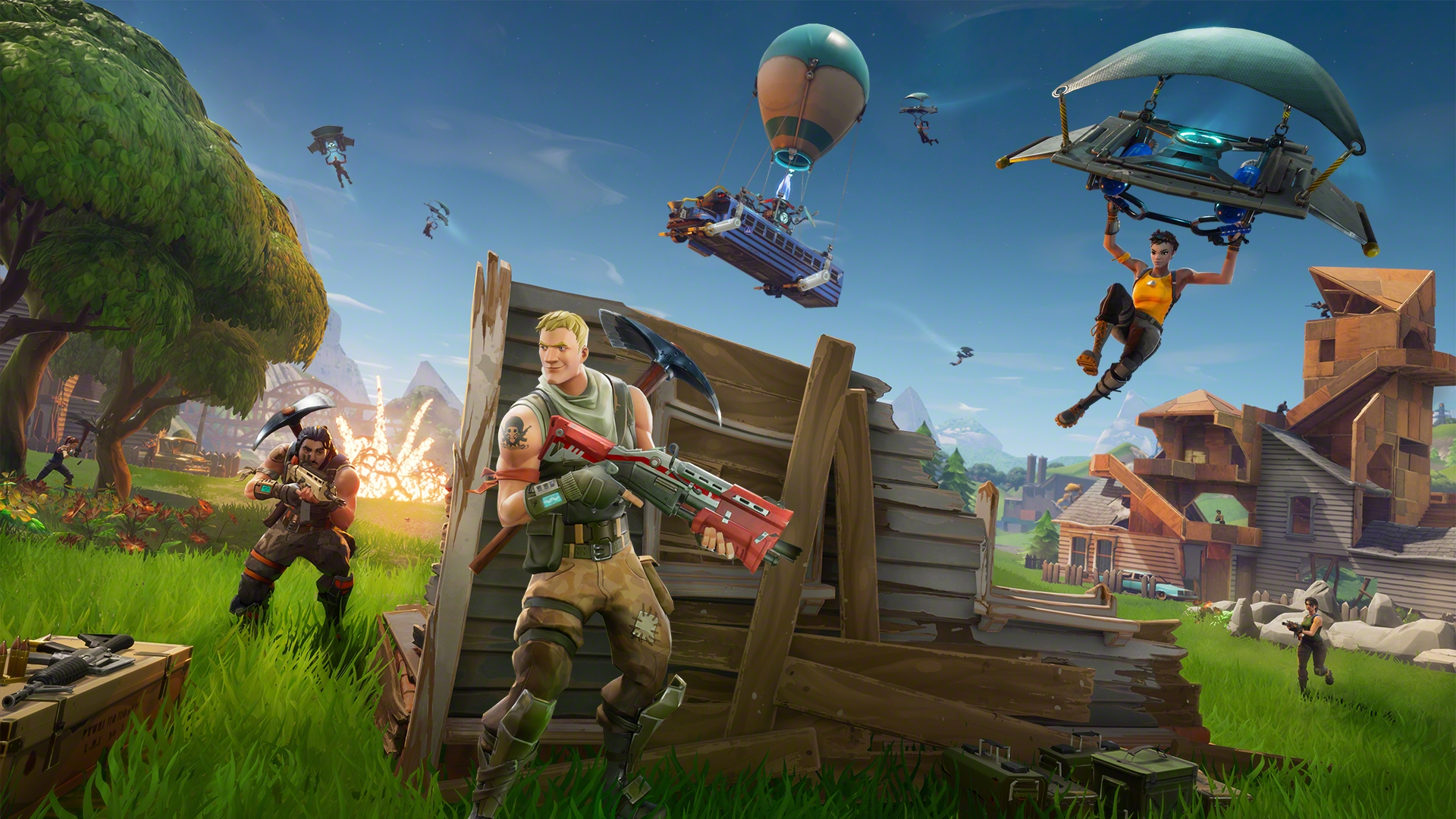 Fortnite is getting the PUBG treatment with an all new game mode called Fortnite Battle Royale. The new mode will officially launch in-game on September 26th, but is available now for players in the Fortnite Public Test on PS4, Xbox One, PC and Mac. The announcement of the new PvP mode came alongside Fortnite’s Patch V1.6, which adds the Battle Royale mode and addresses various bugs and gameplay issues.

The Battle Royale game mode in Fortnite pits 100 players against each other on a giant PvP map. The last commander standing wins the match. Similar to PUBG, players drop from a flying battle bus and hang glide their way down onto the map. From there, players are free to loot and destroy their way to victory, eliminating opponents along the way. What sets this mode apart from other battle royale games is that it includes all the destructible environments and building capabilities that make Fortnite special, adding a creative twist to the beloved game type.

“We love Battle Royale games like PUBG and thought Fortnite would make a great foundation for our own version,” Epic Games explains. According to the recent announcement, Epic’s Unreal Tournament team has been working on the PvP game mode separately from the Fortnite team. “The new Battle Royale mode was so much fun we decided to share it with everyone to get feedback.”

Epic went on to say that they plan to update both Battle Royale and the core Fortnite game throughout Early Access based on player feedback. Along with the Battle Royale update, Fortnite is also offering a 25% discount on the Standard and Deluxe Edition Founder’s Packs until September 18th. If you’ve been meaning to try out Fortnite, now is as good a time as any to jump into this quirky shooter.

If you’ve already tried out Fortnite's Battle Royale game mode for yourself, let us know what you think of this new PvP mode in the comments below.

Related: Fortnite - Guide to All Classes