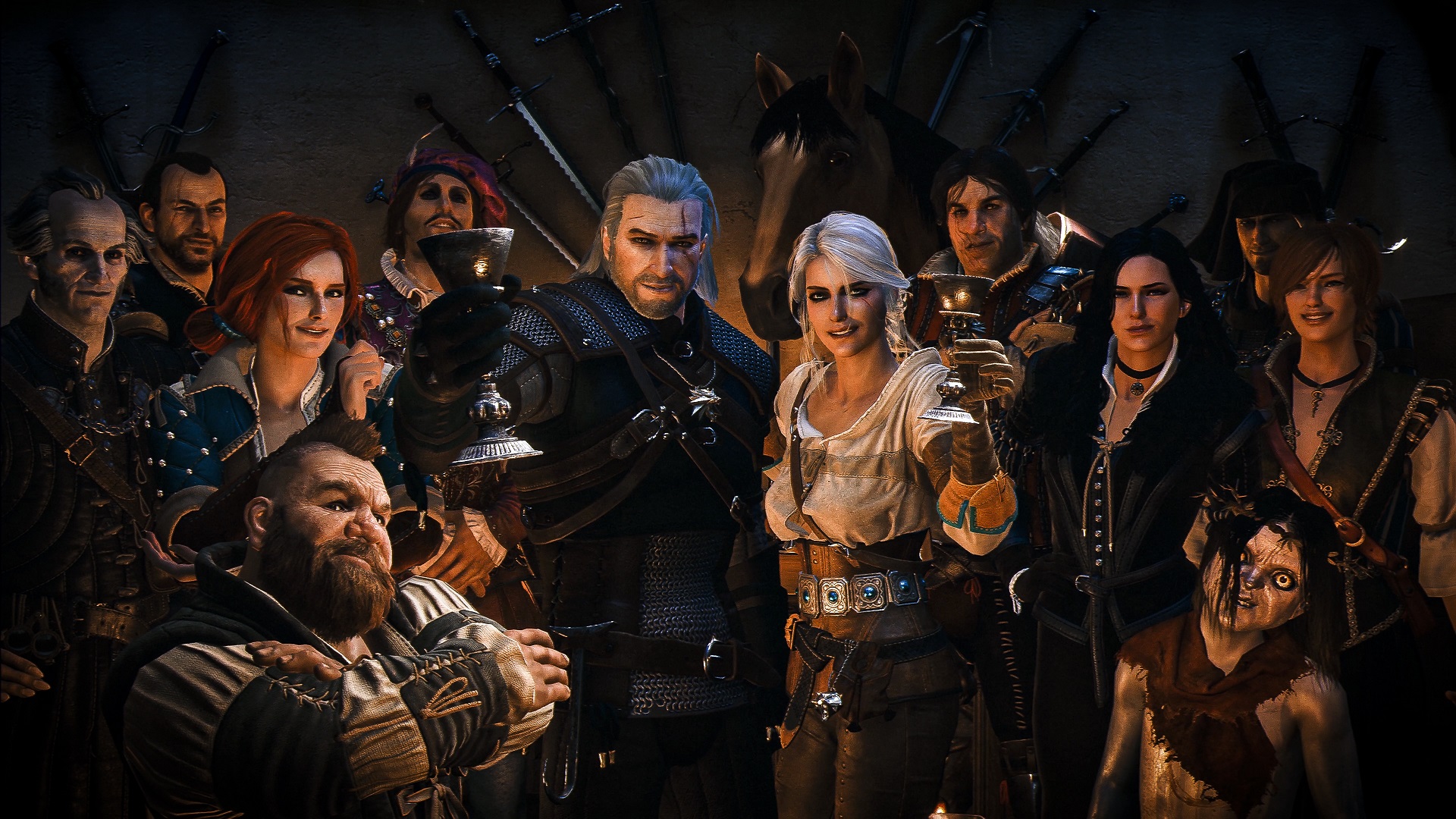 To celebrate the 10-year anniversary of the Witcher game series, developer CD Projekt Red has released a touching video that’s sure to soften even the stoniest of hearts.

In the video, we hear Geralt’s voice overlaid on a scene at Corvo Bianco in Toussaint. Ciri has just arrived at the vineyard, where several of The Witcher 3’s most notable characters have gathered for a party. The camera pans across a hall of familiar faces as Geralt ruminates on some of his adventures from the past decade. Geralt eventually breaks the fourth wall to thank the player for coming along for the journey, hitting us all right in the feels.

Who’s in the Video?

The room is filled with characters we know and love, all of whom had a presence in The Witcher 3 in either the main game or the DLC expansions. As Ciri enters Geralt’s new home, she is greeted by both Majordomo and Regis before turning to sneak up on Yenn and Triss.

In the center, Priscilla strums a song while Zoltan battles Dandelion in a round of Gwent, surrounded by Eskel, Ves, Syanna, and Shani. The Dutchess Anna Henrietta chats with Olgierd in the back, as Johnny runs past with his fellow Godling friend, Sarah. Vernon Roche passes by in the back just before Ciri tosses a bottle of wine to Lambert and Kiera on the right. On the left, we see the Bloody Baron standing next to Damien de la Tour, the Ducal Guard captain from Toussaint.

Ciri makes her way over to Geralt, who is standing in the back-right corner near Ciri’s baby picture. When Annarietta pulls Ciri away, Geralt starts speaking to the player directly as he pours himself some wine. At the end, most of the characters gather to honor the player with a toast, making for a lovely screenshot. Even Roach manages to sneak into the frame at the last minute, in true Roach fashion.

The video debuted during CD Projekt Red’s two-hour panel at PAX West 2017, where CDPR’s developers discussed what went into creating The Witcher game franchise over the past decade. The panel was hosted by Danny O’Dwyer, who is also working on a seven-part documentary series about The Witcher 3: Wild Hunt as part of his crowdfunded NoClip campaign.

If you’ve played through The Witcher 3: Wild Hunt, it’s hard not to get choked up while watching the video. CD Projekt Red always finds the best ways to connect with their fans, and this anniversary video was truly a nice touch.

Not everyone will agree, of course. Just ask Madman Lugos.