Find out if your rig can run Total War: Warhammer 2 this fall. 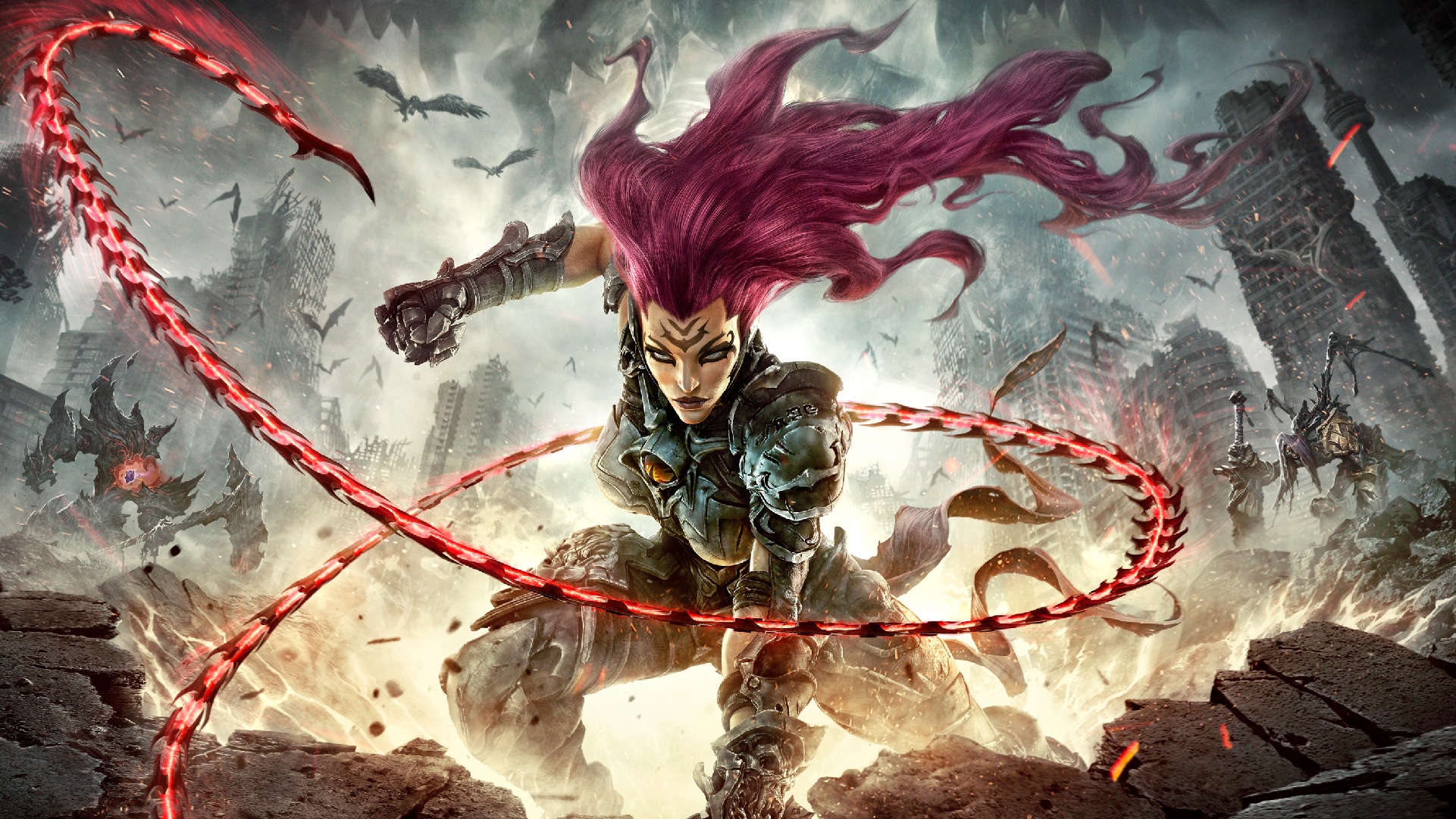 Here are all the Exotic weapons available in Destiny 2.

Well, sort of. After the demise of THQ back in 2013, Darksiders and a number of other THQ games were auctioned off to new publishers. It wasn’t long before Nordic Games stepped in to acquire the rights to the Darksiders franchise, as well as several other THQ properties. A lot of fans lost hope for the future of the Darksiders series, as no real news was announced regarding a sequel in the years to follow. That is, until 2017.

At the end of 2016, Nordic Games rebranded themselves as THQ Nordic, signaling the future of what was to come from the games publisher. In May 2017, Darksiders 3 was officially revealed by Gunfire Games on IGN. Gunfire Games, the independent studio behind games such as Chronos and From Other Suns, happens to be composed of many of the former Vigil Games developers who worked on the original Darksiders games. Several other ex-Vigil employees joined Airship Syndicate to create the upcoming RPG Battle Chasers: Nightwar, which is also being published by THQ Nordic.

Fury has long, flowing red hair and wields a bladed whip, which can be seen in both the announcement trailer as well as the Darksiders 3 pre-alpha gameplay footage. Fury also utilizes strong magic powers, which allow her to change form and give her alternate traversal capabilities. While her brothers each had their own magic-based special attack, Fury’s magic seems like more of a regular part of combat. It will be interesting to see what Gunfire has in store for Fury’s move set and how they will make her stand out from her siblings.

It's Sort of a Prequel

Darksiders 2 follows the eldest of the four horsemen, Death, as he attempts to uncover the truth behind is brother’s imprisonment. Without getting too far into spoiler territory, players come to realize that Death’s journey through Darksiders 2 actually takes place while War is still imprisoned, meaning that it occurred prior to the events of the first Darksiders.

In the reveal trailer for Darksiders 3, we see Fury walk past War, who is still chained by the Charred Council. The council asks Fury to return to Earth to basically clean up War’s mess, meaning that Fury’s journey also takes place prior to the events of the first Darksiders. While you can technically play the three games out of sequence, we would still suggest starting with the first Darksiders to get the proper narrative setup for the series.

According to the Darksiders 3 Steam page, the game is described as having an “open-ended, living, free-form game world in which Fury moves back and forth between environments.” This sounds a lot like the way that Darksiders 2 was set up, where there are designated hub worlds that players move between. Darksiders 3 also seems to be much more interconnected, causing the player to retrace their steps and return to familiar locations.

While Earth will be Fury’s main point of interest in Darksiders 3, the developers have also mentioned that she will visit the likes of heaven and hell, which could be alluding to the return of some familiar characters as well, such as Samael, Uriel, or even Lilith.

In Darksiders 3, Fury must track down and defeat each of the Seven Deadly Sins, powerful creatures who take on forms that reflect the sin they embody. Thanks to the untimely apocalypse, these Sins have run amok on Earth and it's up to Fury to put them in their place.

The Darksiders 3 pre-alpha gameplay on IGN features Fury's first boss battle against Sloth, a bug-like creature who lounges upon his throne until combat is absolutely necessary. Much like the first two Darksiders games, there's seems to be a pattern to taking down bosses in Darksiders 3. There will also be a large dungeon with intricate environmental puzzles leading up to each boss, providing clues for the battle ahead.

It seems the wait for Darksiders 3 is still far from over. There’s no release date for Darksiders 3 just yet, but we do know that the game is expected to launch sometime in 2018 for PC, PlayStation 4, and Xbox One. There’s no word on whether the title will release for the Nintendo Switch, but there’s still plenty of time for that to change.

There you have it. Now you are up to speed on everything you need to know about Darksiders 3, at least until Gunfire Games hits us with a new dose of information. Let us know if you’re eagerly looking forward to Darksiders 3 in the comments below!