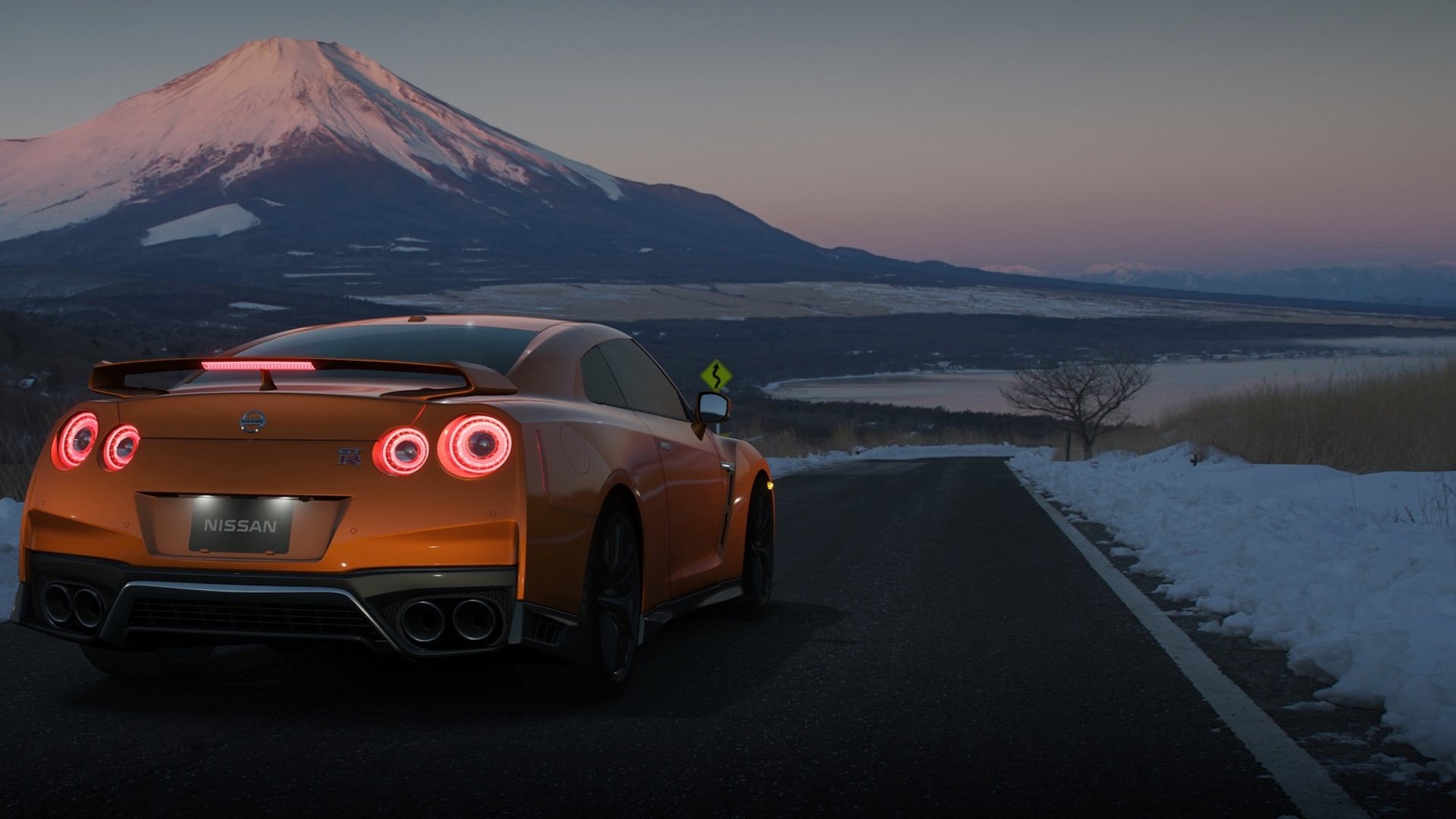 Sometimes covering video games reminds you of the old adage about waiting for buses. You spend years wishing for a truly next-generation racing game, and then Forza Motorsport 7 and Gran Turismo Sport land on your desk in the space of two weeks. Of course, that doesn't quite scan in this case. We've certainly spent many years waiting for GT Sport, but in that time Turn 10 has delivered multiple Forza games, and we've had spin-off series Forza Horizon to enjoy as well. Perhaps the proverb we're looking for is "better late than never"?

Meow! Just kidding, we're pretty pumped for GT Sport, and if Polyphony wants to spend endless years tinkering under the hood of its opulent driving simulator then we say more power to 'em. Kazunori Yamauchi and his colleagues have certainly earned the right. Besides, GT Sport finally arrives this month, and we've spent a couple of evenings playing around with the time-limited demo version released for PlayStation Plus subscribers. Here's a look at how it stacks up.

The first thing to say is that this "demo" is a fair old chunk of game, and Polyphony says progress made in it will carry over to the full release. This is pretty handy considering that you unlock exclusive rewards for playing the demo.

Once you get going with it, you can dip into almost every facet of the game, from the races and time trials of Arcade mode and the licence tests and driving challenges of Campaign, to the online races of Sport mode, and the more esoteric diversions of Brand Central, where you buy cars and browse automobile museums, and Scapes, where you can stage photographs of cars. Everything is accessed from a rather fussy main menu screen, which feels more like a Windows desktop than anything, and which is more interested in showing you glossy car pictures than helping you navigate to activities. It also seems to have been designed for massive TVs, given that we had to squint to read anything on our 47-inch set.

Digging into GT Sport is certainly a far cry from the painstakingly organized Forza Motorsport 7, a formula Turn 10 has spent years refining so that players of every skill level are quickly immersed, adjusted for and rewarded so they have a good time. Forza 7 feels like the perfect mix tape custom-made for every player. In contrast, GT Sport is like a yard sale box of CD singles - there's a similarly wild variety of things to do, but you will need to piece them together yourself to form some sort of coherent experience.

For our part, we started off diving into the licence tests - this is a GT game after all - and discovered that Polyphony has no higher opinion of our likely driving skills than it ever did. The first test is still simply driving in a straight line - the game reminds you not to touch the steering wheel - and success is greeted with a shiny glitter ball and some weirdly dated audio fanfare. Next up you need to - gasp! - steer through two gates. Patience is a virtue at elementary driving school but, as usual, reaching gold ratings becomes challenging fairly quickly, and mastering these tests quickly becomes a game of their own.

Once you have a decent feel for GT's handling, you can try out some other activities. The challenges elsewhere in Campaign are like applied licence tests, involving overtaking cars on particular strips of track and stuff like that. If you're looking for racing, Arcade gives you simple options to pick a track and car and go at it. We opted for a Hyundai Vision Gran Turismo concept car that we unlocked upon reaching a level-up milestone, and speeding around a seaside highway circuit was a much better account of GT Sport's appeal. The sense of velocity, the glorious lighting and the narrow margins between perfect apexes and trips to the gravel were all there to enjoy.

Changing tack and trying a slower-paced road car on a more traditional racetrack offered another strong reminder - that Gran Turismo's handling model for each car is proudly authentic and fiercely distinctive. We're hardly petrolheads, so take this with a pinch of salt, but controlling two different cars under braking and cornering in GT exposes a gaping chasm of difference in performance and behavior next to Forza, where going from a racing truck to a hot hatch doesn't actually feel all that dramatic. We're fine with both approaches, but it seems safe to say that if the thing you love about Gran Turismo is the lack of hand-holding and the insane braking distances that come with authentic simulation, Polyphony still thinks you're the sort of person it wants at its birthday party.

Speaking of parties, Sport mode seems to be where the action is going to be in this game, and going online for the first time was a solid experience. Events take place at set times and you queue up for them in advance, so in our case we logged on just past 8.30 and were told to queue for a kart race at 8.40. We were then told we could spend the time trying to qualify higher up the grid, so we jumped into our car and starting speeding around. When the time arrived, we were matchmade with a group of 20 other racers for our "Final", and sent out onto track in a rolling start that matched our lap times.

What followed was more of an exercise in time trial discipline than wheel-to-wheel racing, because the karts struggled to gain any ground on one another. We spent four laps trading places in the middle of the pack, which feels authentic in many respects, and was hard-fought and rewarding, although if you like to start last and stand a chance of clinching a podium, this may not be the game for you.

Our next race was in much faster cars on the Tokyo highway circuit, and this was a little more peculiar. It seems fair to say that nobody in our group was going to win a safe driving award, because the first corner was an insane pile-up, and GT's netcode likes to alternate cars between physical and ghostly objects for reasons we couldn't quite compute, but suspect are there to stop high-speed collisions ruining everyone's day. In the event, we picked up time penalties that felt like they were more to do with other people than us, and stuck doggedly to the racing line for the rest of the race. In the end we finished 7th, up from 14th, after everyone else's penalties were applied at the finish line. It was all fairly unsatisfying, even if the car itself was a joy to drive, and 200mph through an underground tunnel with the volume up was as intoxicating as anything we've experienced in this series.

Then we went back to the main menu and were told to check the in-game Achievements screen to see what leveling up had earned us, but clicking on it crashed the entire game. (This happened for us every time we tried it subsequently, too.)

Gran Turismo Sport is a strange beast, then, and that's before we mention the weird museum feature that shows you when all the different automobile company executives were born in relation to major historical events like the release of the Spice Girls' single "Wannabe". We'd sort of come to expect this from Polyphony, an AAA studio that walks to its own beat, but proximity to Forza Motorsport 7 probably makes the weirdness more stark.

Based on our brief time with the demo version, then, we can definitely say GT Sport will be true to Polyphony's purebred love of motorsport, and its passion for the discipline of race driving and all the fine margins and technical competence that goes into it. It feels like a game that cares far more about whether you can nail an apex than helping you to progress logically through the game's content, and we're interested to see how it feels over a longer period. Look out for our GT Sport review closer to the game's release next week.