The COD: WW2 beta has gone up a day early once again. 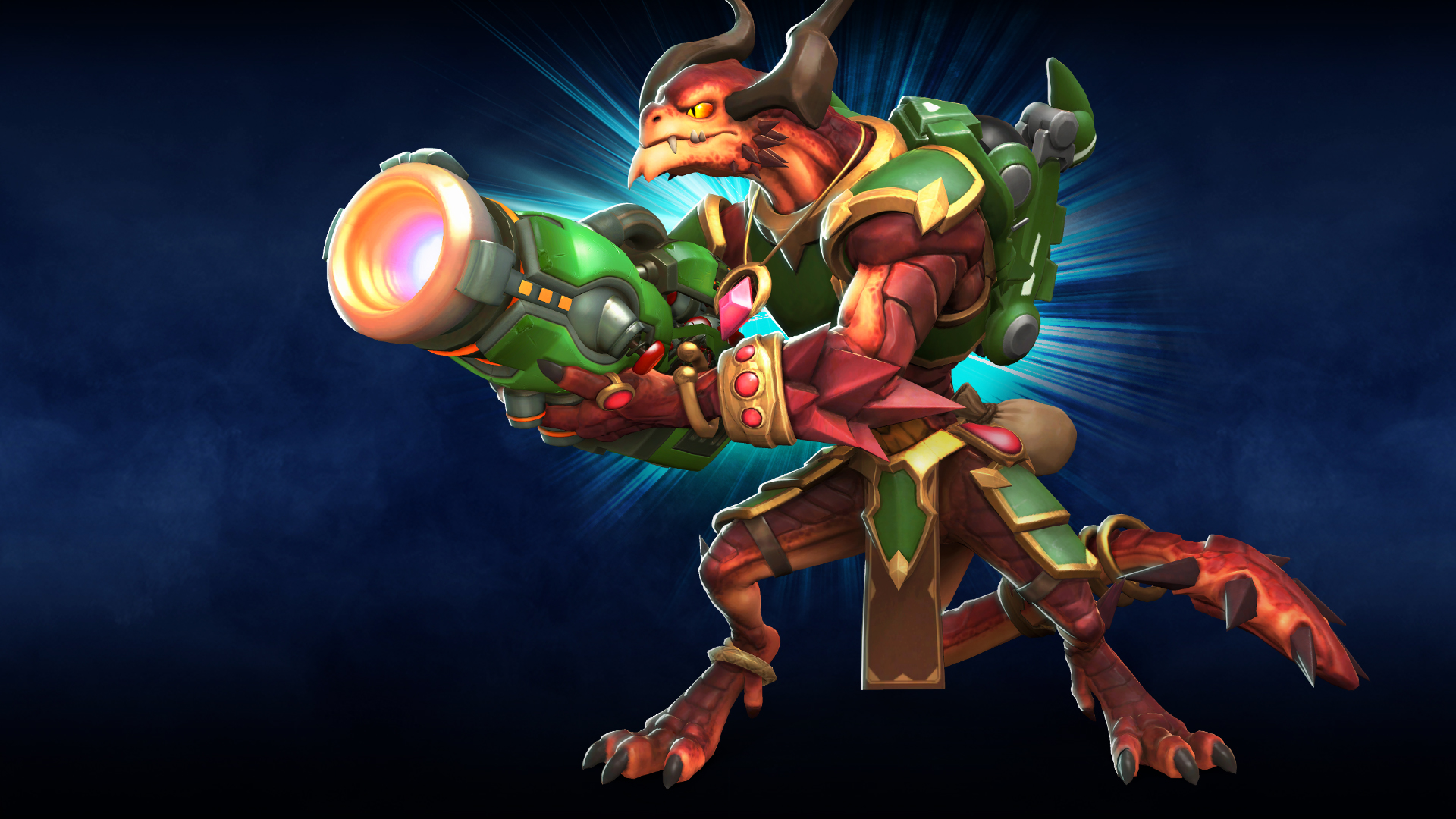 Find out if your rig can run Total War: Warhammer 2 this fall.

If you’re an avid Paladins player looking to try out a new Damage champion, or are just starting out and are wondering which champions are viable, this list is definitely for you. We’ve taken a look at the current Paladins meta following the release of OB57 and have put together a list of 5 Damage champions to keep your eye on.

This list is based on the amount of damage dealt per match, the champion’s unique abilities, and overall viability. So, what are the best Damage champions in the OB57 meta? Let’s take a look!

It should come as no surprise that Paladins’ latest sniper Strix makes the list of top 5 Damage champions. Anyone who’s played against Strix in a match knows to be wary of walking into Strix’s line of sight. To make matters worse, Strix can currently snipe while invisible, meaning you won’t know where shots are being fired from.

In close quarters combat, Strix’s secondary handgun deals out a significant amount of damage, making him dangerous no matter how you engage him. These abilities have lead many Paladins players to complain that Strix is a bit too OP and lacks balance. However, until Hi-Rez decides for or against nerfing Strix, there’s no doubt that he’s currently one of the best Damage champions in the OB57 meta.

Drogoz has been a consistent favorite ever since his introduction back in April of 2016. Drogoz is notable for his ability to deal serious area of effect damage from a safe distance (overhead). As of right now, Drogoz’s vertical mobility makes him a force to be reckoned with. Perhaps this is why both he, and his flying counterpart Willo, are often the only 2 champions banned in Ranked matches.

It’s important to note that balancing Drogoz’s flight capabilities with his attack capabilities can take some getting used to if you’re used to playing ground champions like Viktor. Nevertheless, there’s no denying that Drogoz has always been, and likely will always be, one of the top Damage champions in Paladins. If you’re looking to try out a new Damage champion, you can’t go wrong with Drogoz.

While beginners may have a hard time mastering Willo, those who’ve grown accustomed to her playstyle will find her a force to be reckoned with. Surprisingly, Willo is capable of dealing out some of the highest damage scores in the game. This stems, in large part, from her Seedlings which stack damage on top of each other. If you combine this with the right card layout, Willo becomes a force to be reckoned with.

Her area of effect damage (particularly from her Seedlings) is perfect for clearing off a point. Additionally, the flight capabilities she does have makes her hard to engage 1v1. Willo is designed to be a pest, and because of this, she’s quite fun to play. Just be sure to try her out in Casual, as she’ll more than likely be banned each and every Ranked 2.0 game you play. At least in the OB57 meta, that is.

Lian is an interesting new Damage champion with her own unique playstyle. She’s capable of dealing out punishing amounts of damage, and she’s extremely forgiving for players with less than great aim. Furthermore, Lian is great for Paladins players who prefer more traditional weapons and ground combat over area of effect Damage champions like Willo and Drogoz.

Some Paladins players feel Lian is cheap to play considering how forgiving her aim is, even in the current OB57 meta. However, until Hi-Rez decides for or against nerfing/adjusting her abilities, there’s no denying she’s one of the most powerful Damage champions to play. Additionally, if you’re new to Paladins and are looking for a Damage champion that’s easy to learn, Lian is perfect.

Last, but certainly not least, is Bomb King. For many players, Bomb King can be one of the most difficult Damage champions to master. His playstyle is so different from his counterparts, that it’ll often take several games before you realize Bomb King’s true potential. Despite this, Bomb King is incredible at dealing damage, and his roster of abilities are fantastic for both clearing a point and maintaining distance.

True to his name, Bomb King utilizes abilities based around bombs. He can plant sticky bombs on a point (or player), can launch Grumpy Bomb to stun enemies, can plant a bomb to launch himself in the air, and can use his Ultimate ability to turn himself into a rolling bomb. Overall, Bomb King is one of the most unique Damage champions to play in Paladins.

What do you think of the 5 Damage champions listed above? Do you have any particular favorites? Let us know your thoughts in the comments below!