A look at the five hottest games releasing for the Nintendo Switch this September. 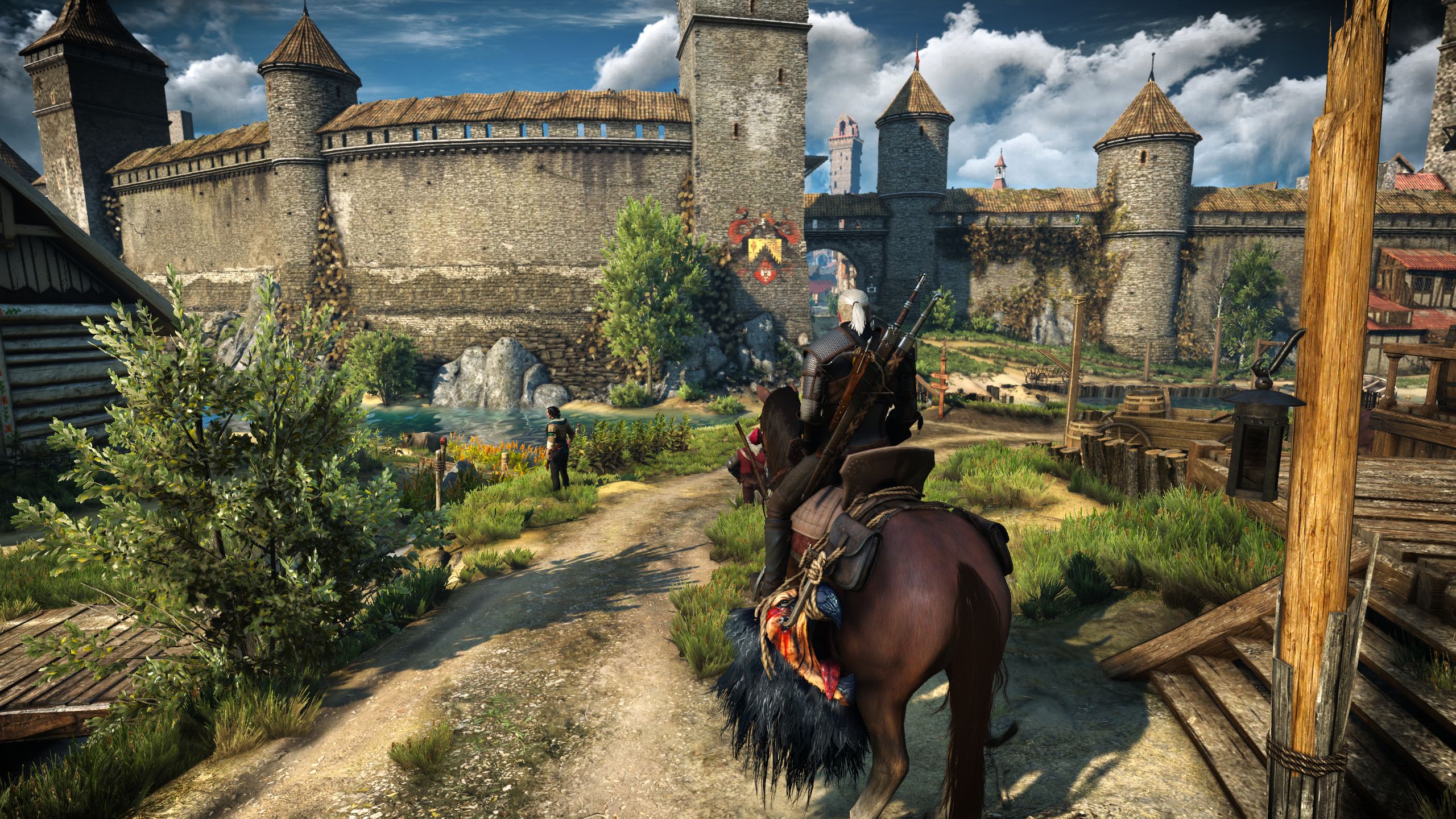 These tanks are some of the most feared vehicles you can face in battle.

Whether you're looking for sharper graphics, better optimization, or a new mode of travel in The Witcher 3: Wild Hunt, there’s a good chance you'll find a mod that suits your needs on Nexus Mods. Mods are a great way to tweak and adjust the game for a more enjoyable experience.

For this list, we've rounded up our top picks of the best mods for The Witcher 3: Wild Hunt. Most mods add some sort of useful mechanic or enhancement to the game, but there's a few fun, silly mods available as well. These Witcher 3 mods are mainly geared toward players who have a good grasp of the base game and would like to make the Witcher 3 even better with a few simple modifications.

If you’re new to mods, we recommend downloading the Nexus Mod Manager from the Nexus Mods website. This free software will allow you to download, install, update, and manage your chosen mods using a simple interface. You can manage your mod files manually if you wish, but the NMM software streamlines the process to makes things much easier.

The Witcher 3 is known for having remarkable graphics for an RPG of its size and depth. However, there’s always room for some graphical enhancement with the right texture tweaks and adjustments. If you’re looking to use mods to improve the look of The Witcher 3, then you’ll want to get The Witcher 3 HD Reworked Project mod made by Halk Hogan.

This mod enhances the quality of various objects and surfaces in The Witcher 3 to create sharper textures and more meticulously detailed visuals overall. From stone walls and rocks to wooden objects and ground textures, the HD Reworked Project improves the quality of them all. Check out the video above to see side-by-side comparison shots of various textures in the game using this mod. If you want crisp, detailed environments and graphics in The Witcher 3 without sacrificing performance, then this is really the only mod you’ll need.

When The Witcher 3: Wild Hunt launched in 2015, fans immediately noticed that the game's graphics had been somewhat downgraded from what was shown in previous years. The game didn't look bad at all, but many felt that earlier gameplay footage looked noticeably better than the final product. The downgrade upset a lot of fans who expected the game to have the crisper, brighter visuals seen in the initial gameplay footage from 2014.

(Start at 7:13 for Fast Travel from Anywhere tutorial)

Gone are the days of wandering to the nearest signpost to travel to a point of interest in The Witcher 3. As the name implies, the Fast Travel from Anywhere mod by JupiterTheGod will allow you to fast travel from anywhere in the world without having to use a signpost. This makes navigation much easier, as you’ll no longer be limited to using specific fast travel points to get around. JupiterTheGod does warn players that fast traveling during quests can increase the chances of breaking the game, so you should only attempt fast traveling with this mod when normal fast travel is permitted.

If you want to forego fast travel all together, you can always slide your way across No Man's Land instead by using Geralt of Rivia’s Pro Witcher 3 mod by eutirion. As you can tell by the name, this mod blends The Witcher 3 with the mobility of Tony Hawk’s Pro Skater, allowing Geralt to slide around at ridiculous speeds over both land and water. Eutirion posted a video of the mod in action, overlaid with some catchy Ska music for your viewing pleasure. While skateboarding everywhere might not be the most conventional mode of travel for Geralt, it sure beats using portals.

Of course, no list of the best Witcher 3 mods would be worth its salt without mentioning a cosmetic mod for customizing everyone's favorite equine companion, Roach. Fera's Roach and Horse Overhaul by Feradiera allows you customize Roach from head to tail. The mod contains 75 different skins and an assortment of eyes, manes, and tails for players to choose from. You can even kick the fantasy aspect up a notch by turning Roach into a magical unicorn or undead steed. The possibilities are endless!

Having an inventory weight limit can really put a damper on loot-hoarding in The Witcher 3. If you’re tired of making countless trips to your storage chest in efforts to manage your inventory weight, then the Over 9000 Weight Limit mod created by GiecuMan is just what you need. This Saiyan-approved mod will max out your inventory weight capacity so that you no longer have to drop valuable weapons, armor, or loot just because you’ve reach the weight limit.

The Script Merger mod from AnotherSymbiote is actually more of a mod for other mods, or a meta-mod, if you will. This mod helps to quell any issues that may arise from having multiple mods that modify the same game file. With over a thousand mods to choose from for The Witcher 3, there’s bound to be some file conflicts and overlap that can cause your mods to stop working properly.

Script Merger helps to solve this issue by merging multiple mod files that modify the same file so that they no longer conflict. It may sound a bit confusing if you’re new to modding, but just trust us on this one. If you intend to download multiple mods for The Witcher 3, then you should plan on using Script Merger as well to alleviate any script issues before they start.