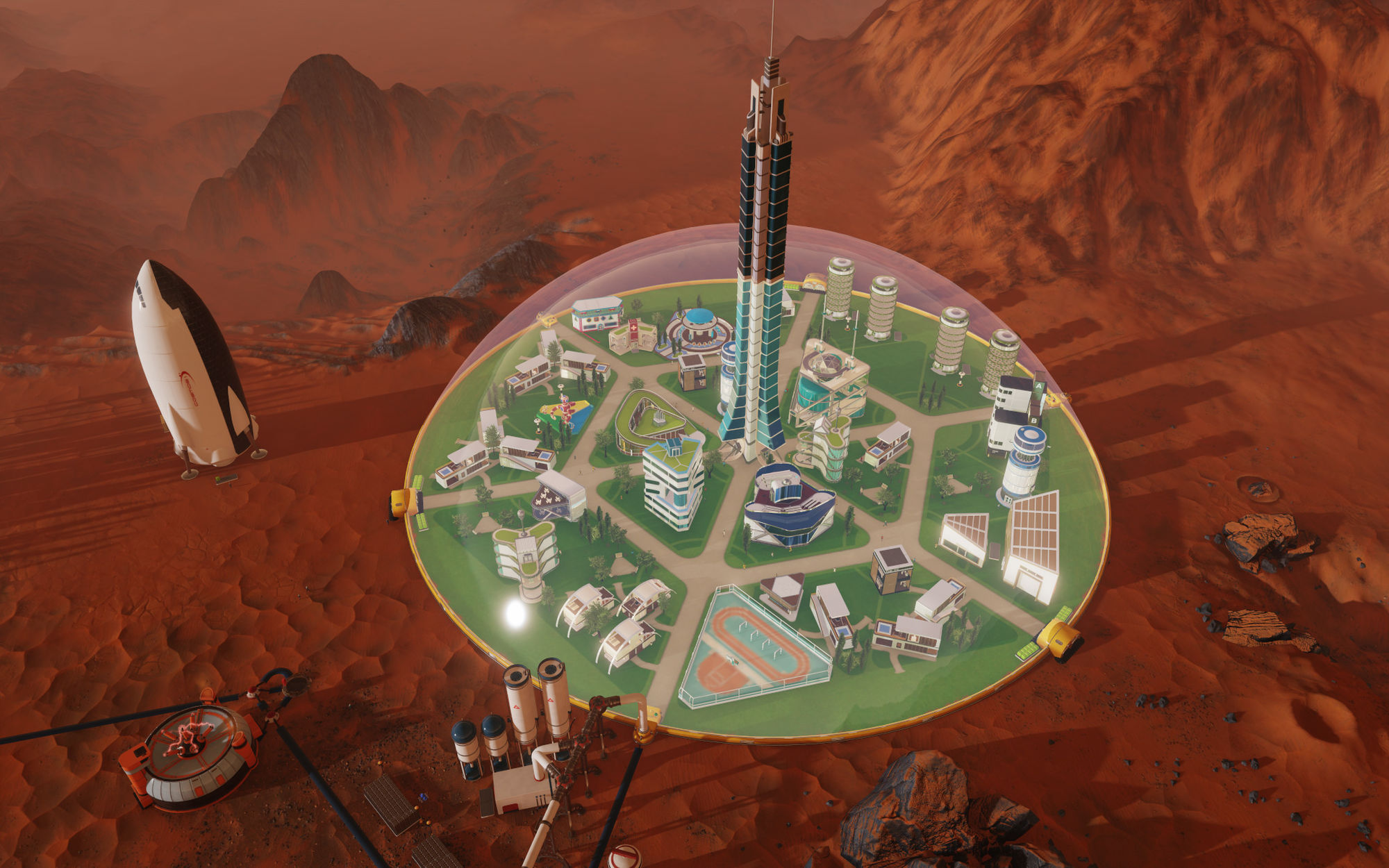 In anticipation of Gamescom 2017, Paradox Interactive and Haemimont have released a new gameplay trailer for their upcoming survival sim, Surviving Mars. The trailer offers a quick look at the various stages of colony development on the Red Planet.

The Surviving Mars gameplay trailer showcases a brief overview of the steps involved in constructing a Martian colony from scratch. in the game, players are tasked with constructing a functioning infrastructure that can sustain an entire colony of human settlers. Over time, players will go from carving out their plot of land with scouting rovers, to managing a network of interconnected biodomes full of diverse colonists.

Like most sim management games, the colonists will express an array of whims and desires that impact the social environment of the colony. Players must tend to the needs of their settlers to ensure their colony’s survival. Meanwhile, the harsh Martian terrain and hostile environment will pose its own set of challenges for players to overcome.

As science and technology continues to advance, the thought of settling on the Red Planet may someday become a reality. Until then, we’ll have Surviving Mars to satisfy our desire for interplanetary colonization. Surviving Mars is coming to Xbox One, PlayStation 4, Windows, Mac, and Linux sometime in 2018. Sign up for updates using your Paradox account on the Surviving Mars official website.