vBAddict is Shutting Down in September

The popular World of Tanks stat-focused site will be closing its doors in a few weeks. 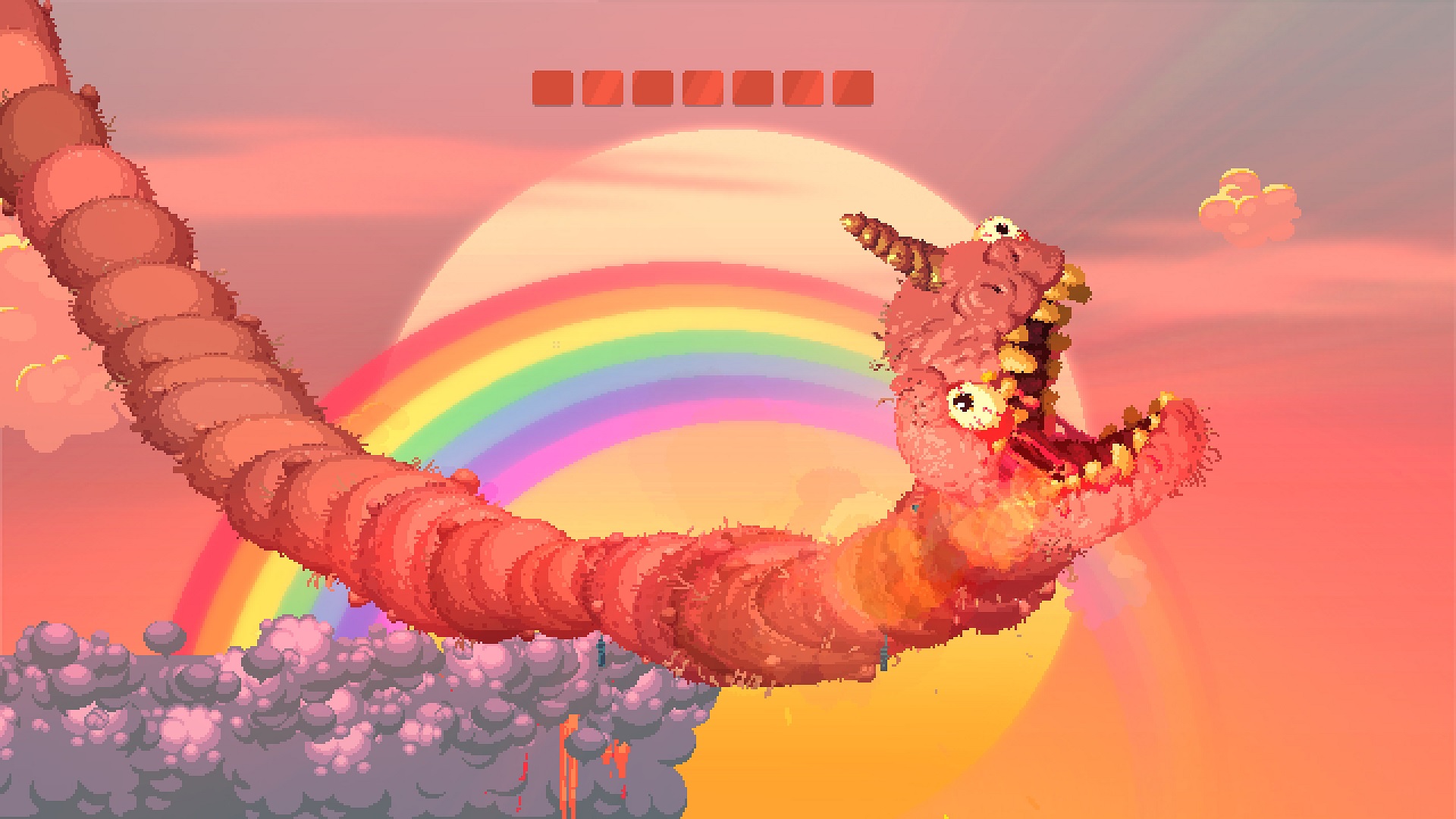 Nidhogg 2 Review - Falling on Your Sword

Destiny 2 Should Have a Horde Mode

All the pieces are in place for Destiny 2 to have an excellent horde mode.

When Nidhogg 2 was announced, fans of the original Nidhogg had mixed feelings about the sequel’s quirky new art direction. The game promised to have just as much ridiculous mayhem as the first, just with a new pixel art style and a few gameplay additions.

If you can look beyond Nidhogg 2’s gangling character models, you’ll discover a game that carries over most of the appealing elements of its predecessor, remaining accessible to players of all skill levels.

For those unfamiliar with the original Nidhogg game, the gameplay has conceptually remained the same for the sequel. Your goal is to repeatedly hack and slash your opponent to bits as you make your way horizontally towards their side of the screen. You and your opponent start as equals in the center of the stage.

Progress is dictated by the number of screens you surpass while running deeper into enemy territory. When you reach the final screen, you get graciously devoured by the serpent-like Nidhogg. The gameplay essentially consists of a frantic 2D tug-of-war centered around maintaining control of a directional arrow that indicates who is in the lead.

Each time you die, the arrow in the upper corners of the display will switch in favor of your opponent. If you run off-screen away from the arrow when it’s in your opponent’s favor, you’ll simply die and respawn ahead of your opponent in front of the arrow, which is not ideal. When the arrow favors your color, run as fast as you can in its direction, slaying anyone who stands in between you and the next screen.

As you run toward your opponent’s end of the screen, you must kill your opponent to get them out of the way, while they try to do the same to you. One slice or poke is enough to turn your opponent into mush, though melee combat takes a few more punches and kicks to eliminate either of you.

Your weapon can be thrown as a projectile for ranged attacks, but this will leave you weaponless until you crouch down to pick up a weapon again. The combat consists mainly of forward strikes and slashes. You can also easily shift between high, middle, and low stances to counteract your opponent’s positioning.

Nidhogg 2 spices up the combat by gradually incorporating new weapons as you progress through each stage, adding in a broadsword, dagger, and even a bow and arrow to keep you on your toes. The combat was surprisingly complex, considering how simple the mechanics seem on the surface. I found that the sliding kick and worked well for disarming my opponents and for getting in quick low-stance attacks.

During one of the later Arcade stages, you and your opponent will spawn with a different weapon each time you die, encouraging you to continuously think ahead and consider the most effective use of each weapon you have in-hand. Arrows can also be deflected with a well-timed parry, bouncing back to kill the one who made the shot.

Strategic maneuvering is crucial in Nidhogg 2. You’ll need to telegraph your opponent’s moves and be ready to adapt when they change stances. It only takes a split second for you to go from thrusting at an opponent to becoming a pile of meat on the floor. The characters are so sensitive to subtle movements that at times I wondered if there are invincibility frames at all.

Nidhogg 2’s new art direction is undoubtedly a step up from its minimalist predecessor. Each stage is vividly detailed using a rich color palette that suits the setting. From corroded sewers and elaborate dining halls to the intestines of a dead wurm, each stage has a distinct, comedic design that shapes the overall feel of the game’s oddball landscape.

The funky background music includes catchy beats that set the tone and help goad you through each level. The character design, on the other hand, has been the most divisive aspect of the Nidhogg sequel. The gangling character models are fully customizable, which does little to assuage those who feel that the characters are just downright ugly.

Whether you love these loose-jointed jousters or not, their art style still fits in well with the pixelated grunge of each environment.

Nidhogg 2 retains the same fast-paced swordplay from its predecessor, but with a welcome graphical upgrade and gameplay additions that add new layers of complexity to combat. While local and online multiplayer functionality is essential for extending the replay value of a fighting game like this, it would have been nice to have a challenge mode or AI practice mode that could offer another way to enjoy the game’s unique mechanics without having to grind through Arcade or play against other people.

Nevertheless, Nidhogg 2 delivers a surprisingly sophisticated and addictive gameplay experience that lives up to the expectations of hardcore fans, while remaining accessible enough for players of all skill levels.