We show you how to be the ultimate space cowboy while playing the Gunslinger in Lawbreakers. 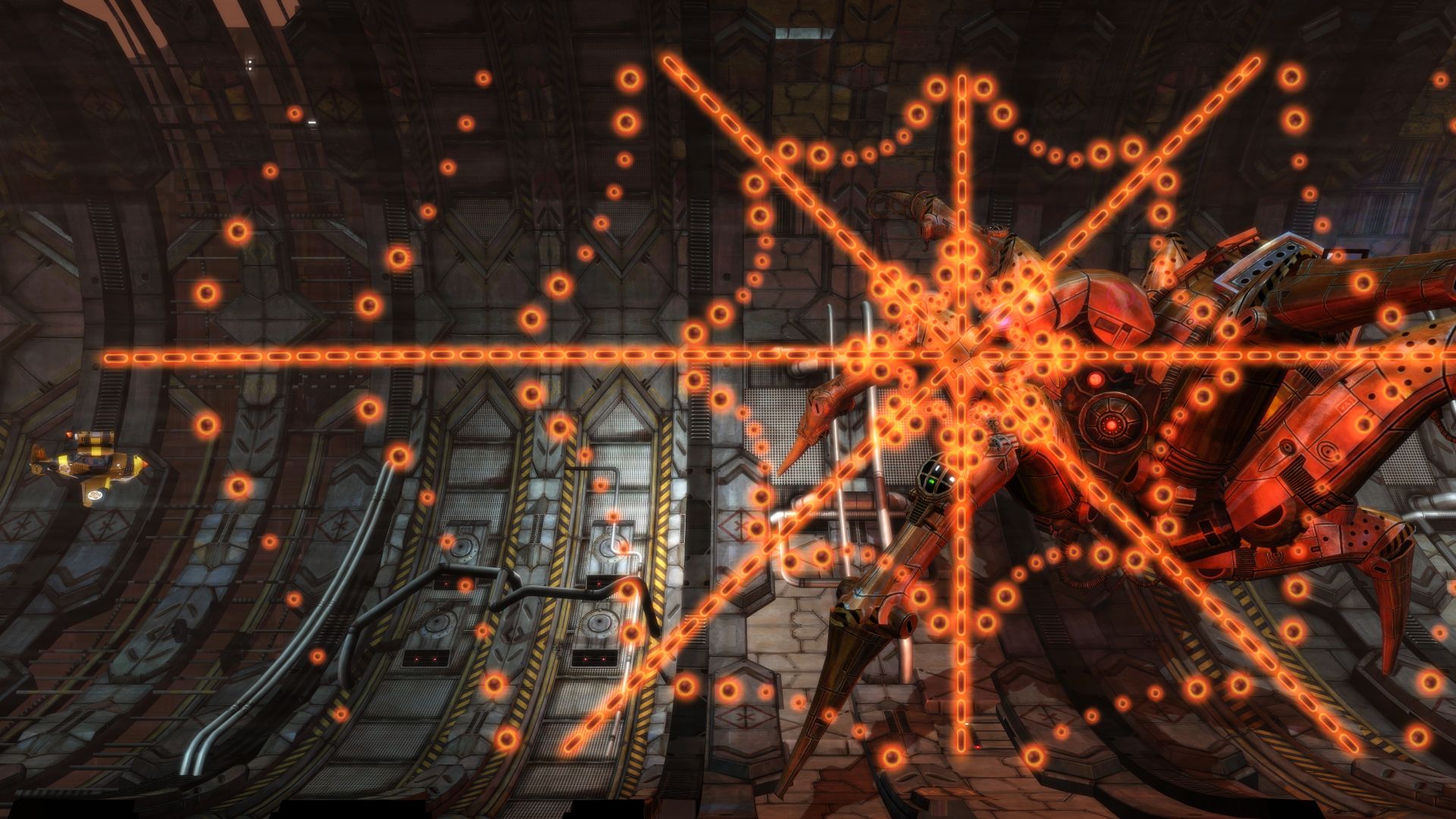 Check out these 5 awful Battlefield 1 weapons that players love to hate.

When it comes to shoot ‘em ups (shmups), I’ll be the first to admit that it’s not a genre I frequent very often. Going into Sine More Ex, I had few expectations in mind, especially considering I hadn’t played the original Sine Mora from 2012. After diving in head first into Sine Mora Ex and experiencing its unique time-based health feature, I found myself getting addicted to the bullet hell in an unexpected way. Sine Mora Ex offers a unique twist on a classic style of gameplay, and the end result was an experience that caters to both newcomers and seasoned shmup veterans alike.

Developed by Digital Reality and Grasshopper, Sine Mora Ex is a side-scrolling shooter that offers a modernized take on the classic shoot ‘em up style of gameplay. The game features multiple game modes, with the Story Mode being front and center. Story Mode features single-player and local co-op options.

Boss Training is available for those who want to practice their skills against a particular boss, and more bosses are unlocked as you play through the Story. There’s also an Arcade Mode for more advanced players looking to test their skills. Challenge Mode gives players a unique set of parameters for each challenge that are totally separate from the other available modes.

During the Story Mode campaign, players pilot various types of aircraft, blasting their way through multiple stages and taking down mechanical goliaths along the way. The pilot and aircraft will vary between chapters based on the story and battle scenario. The story is told through character conversations and monologues woven between each major segment, providing narrative context for each stage of battle.

Convincing voice acting and well-written dialogue helps to convey the political narrative. The game freely tackles concepts like slavery, rape, and racism, all while told through the perspectives of various anthropomorphic animal-people. It sounds a bit odd, but it actually comes together quite well.

Each stage features vivid scenery and sharp graphics that can run in native 4K at 60 FPS. I don’t have the luxury of experiencing 4K games just yet, but rest assured that Sine Mora Ex looks gorgeous in 1080p on the highest settings as well. From lush tropical beaches and submarine caverns, to steampunk cityscapes and molten factories, there’s plenty of diversity when it comes to the settings in Sine Mora Ex.

The boss battles are where the graphics of Sine Mora Ex truly shine, as this is when the game puts all of its shiny bells and whistles on display. Deliberate camera-panning moments offer a broad 3D scan of your surroundings, reverting back to 2D for combat. Bosses change their position and stance throughout the fight, shifting to new weaponry while allowing the player to enjoy every artistic angle.

Each boss has a distinct steampunk-inspired aesthetic with a skillset that reflects their unique design. One of my favorite bosses in terms of design was a mechanical arachnid named Tsuchigumo, who unleashed a bullet web as one of its various attacks. The web pattern gloriously floats across the screen to destroy you, leaving little space to hide between. It turns out this is one of the more manageable attacks once you know how to maneuver between the web properly, but it's still a cool design nonetheless.

Sine Mora Ex has modernized the classic 2D shooter model by incorporating a time manipulation mechanic to diversify the gameplay and offer new ways for the player to overcome each challenge. Each stage features a timer that basically acts as the player’s health, increasing as the player actively destroys enemies and decreasing when the player takes collision damage.

You’ll end up having to bounce your focus between shooting at enemies, dodging missiles, and monitoring how much time is left on the clock. The time mechanic provides an added layer of difficulty that spices up the standard shoot-and-dodge mechanics of a typical 2D shooter.

Each pilot and aircraft comes with their own unique weapon and special ability. Aircrafts utilize capsules that give them alternate abilities beyond their weaponry. One aircraft has a capsule feature that allows the player to slow down time, which helps when trying to weave between a barrage of missiles. Another aircraft features a shield that can deflect all incoming projectiles for a short duration.

The pilots each come with a unique sub-weapon that performs a powerful attack with special capabilities. The burly bear-man-pilot Argus Pytel has Seeker Missiles for his sub-weapon, which target multiple enemy hot spots or projectiles, firing at them all at once. Another pilot uses a weapon that detonates a massive area-of-effect explosion that blasts enemies to pieces within a certain radius. Pilot sub-weapons help to alleviate some of the repetitiveness of shooting by offering a powerful, albeit limited, form of alternate firepower.

Various orbs containing boosts and weapon upgrades will bounce around as you destroy enemies. Your primary weapon can be upgraded up to nine times, and upgrades stay with you permanently until you get hit. Taking collision or projectile damage will cause you to drop your accumulated orbs, and you’ll need to quickly grab them again before they despawn. Some stages, like ones with caves, are very difficult to maneuver through without bumping into walls or other objects. The best players are the ones that can not only shoot at enemies ahead, but who can also stay vigilant of their immediate surroundings.

Sine Mora Ex seamlessly blends old-school 2D shooter mechanics with contemporary concepts. The end result is a captivating shoot ‘em up that offers satisfying gameplay mechanics that won’t alienate newcomers to the genre. If you have yet to brave the bullet hell of a 2D horizontal shooter, then Sine Mora Ex is a good place to start.