Take your Battlefield skills to the next level with these 5 headsets. 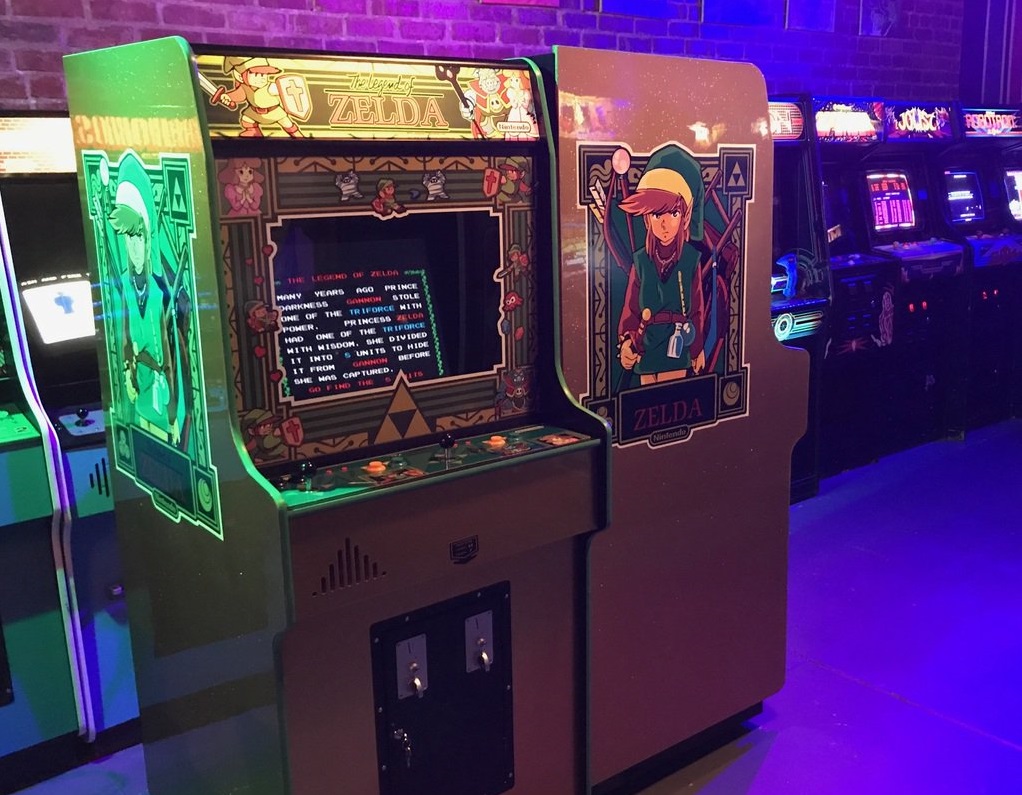 The Legend of Zelda Gets the Full Arcade Treatment

A full list detailing how to unlock every trophy and achievement in Hellblade.

From the vivid neon glow of screens illuminating a dark room, to the intriguing chiptune sounds that beckon you to spend your last quarter as you walk by, arcades induce a unique sense of environmental nostalgia that console gaming can’t quite capture.  When thinking back to the golden age of video games in the 1980s, most will remember lining up at the local arcade to tackle games like Space Invaders or Pac-Man. By the end of the 80s, however, console gaming had begun to take over as many gamers brought home the Nintendo Entertainment System (NES) as their first console. Zelda became a household name for gamers who left behind the arcades for the ceasless entertainment that consoles had to offer.

As console gaming gained popularity, certain arcade games made their way over to home consoles as well, but the process rarely went in the other direction. One ambitious Bay Area arcade has chosen to bring an NES favorite out of its console comfort zone and into the arcade realm, giving gamers a nostalgic 80s arcade experience that never actually existed in its time.

High Scores Arcade, a classic arcade museum located in the San Francisco Bay Area of California, has given the NES console classic The Legend of Zelda the arcade treatment by bringing it to life in its own custom arcade cabinet. High Scores has two of these exclusive Zelda cabinets, one for each of their two East Bay locations.

The Zelda cabinets were custom built from the ground up for the High Scores team. The initial art design was adapted by artist Sam Bahman, while the construction work was done by an arcade-focused carpenter named Scott Evans. They were designed to look like authentic arcade machines from the 1980s, taking structural and art direction from classic Nintendo cabinets like Donkey Kong. The entire project took about 14 weeks from start to finish after the team nailed down the concept.

Each Zelda cabinet sparkles with brilliant gold paint, which was inspired by the golden style of the original 1986 Legend of Zelda game cartridge. The Zelda machines are adorned with classic drawings of Link, Zelda, and Ganon around a screen that emulates the old-school effects of a CRT.

The Legend of Zelda isn’t the only game you can play on these machines, either. The two-player cabinets feature a number of other games for players to toggle through, including Contra and Double Dragon. “In our Zelda machines, you’re going to find all the unique NES experiences you loved, emulated perfectly, with the highest quality controls and a presentation offered nowhere else,” explains High Scores co-owner Shawn Livernoche. “You’re going to rediscover all the games you loved, and be able to explore rarer titles you may have never seen.”

Despite the plethora of games offered in each cabinet, Shawn, who co-owns High Scores with his wife Megan Livernoche, may be a bit biased when it comes to Zelda games. “Our daughter's name is Journey and our new (7-month-old) son is named Link. Since there is already an arcade game dedicated to Journey, we thought there should be one for Link,” said Megan.

I had the opportunity to experience one of these Zelda cabinets in person during a recent visit to High Scores. I can attest to the fact that they are well-made, sturdy machines that seem like they will withstand the test of time. The experience was a bit surreal though, as the blending of two distinct 80s memories created a strange form of anachronistic nostalgia. The Zelda cabinets are authentic enough that you’ll have to remind yourself that Zelda didn’t actually exist in arcades thirty years ago. That little nostalgic mind-flip is worth the visit, though.

High Scores Arcade has these Zelda machines at each of their two East Bay Area locations (one in Hayward and the other in Alameda), where they have plenty of other classic arcade machines for you to enjoy as well. Visit the High Scores Arcade website for details.