The Xbox One X - How Does it Hold Up Against the PS4 Pro?

A look at how Microsoft's new 4K console holds up against the PlayStation 4 Pro. 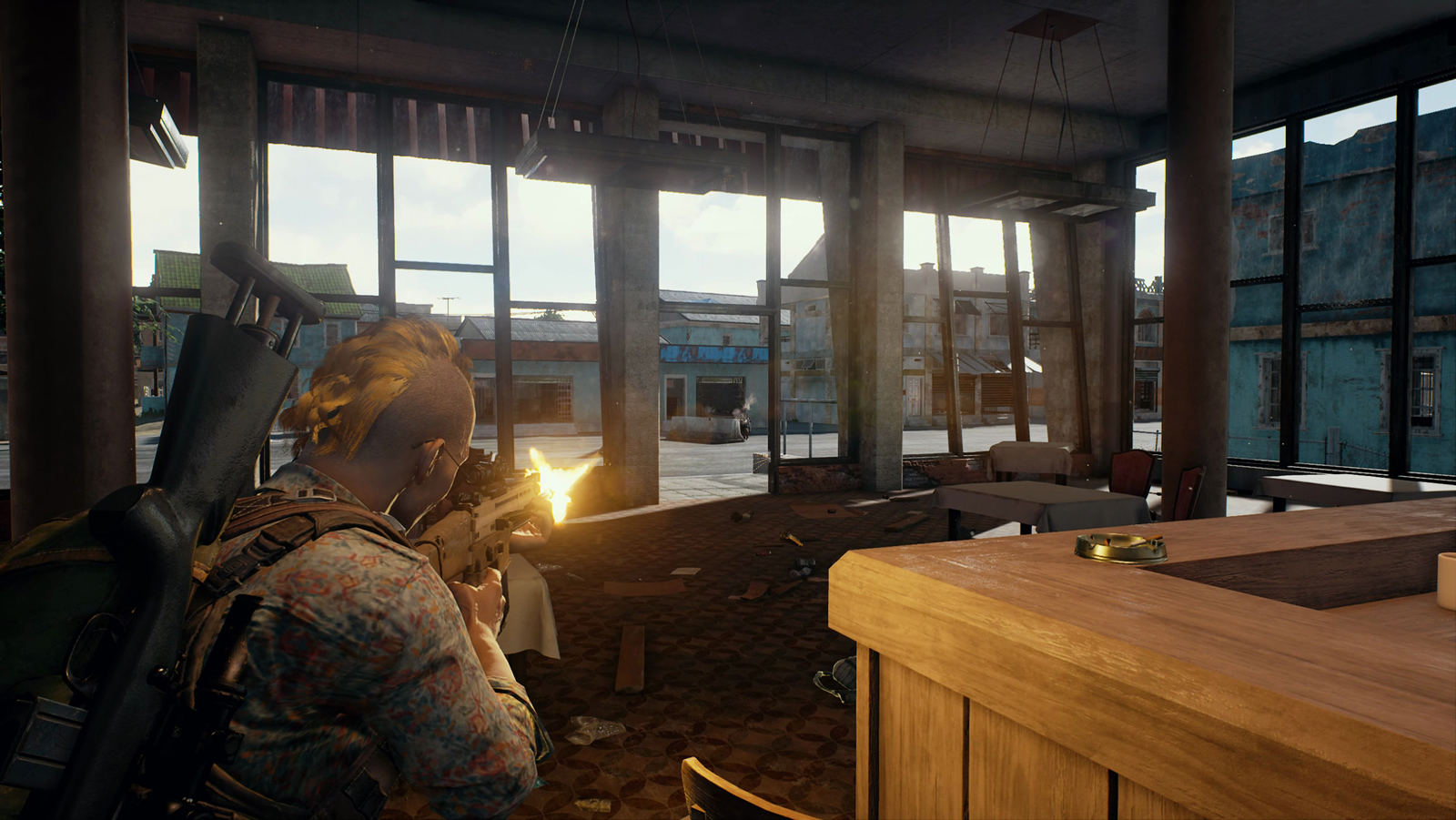 Seeing PlayerUnknown's Battlegrounds as a First-Timer

No, we’re not talking about armor or health - except for a couple.

I don't usually play games on the PC. I make my living by working on a computer all day, so when I finally get a moment to myself, I'd much rather sit on a comfy couch and play a handheld or console. With that said, I'm totally down to check out a game on PC when something catches my eye. This was the case with PlayerUnknown's Battlegrounds.

Some games get so big you simply can't avoid the groundswell around them. No matter what corner of the internet I visited throughout the day, I would find someone talking about PlayerUnknown's Battlegrounds. There were strategy articles, Let's Play videos, Twitch livestreams, and messageboards filled with discussion.

Seeing the game getting all this attention convinced me I needed to check it out for myself. It's PlayerUnknown's Battlegrounds core idea which really intrigued me. Whenever I play a game online, I always feel terrible for the team I'm stuck with. Even if I'm a decent player, I feel like a team loss can be fully attributed to me. Perhaps I'm a bit too hard on myself!

Still, the idea of an online game where I had to depend on myself alone to survive tickled my fancy. I don't mind losing when I'm a team of one! After a quick run-through of controls, I jumped right into a random PlayerUnknown's Battlegrounds match. As I sat in a virtual airplane, the scope of what was put before me was sinking in. I had an absolutely humongous map to explore.

I could make any nook or cranny my own, and my plan was to find a comfy spot to lay low for most of the storm. As I jumped out of the plane, I saw the sky littered with players all aiming to get a leg up on the competition, parachuting to what they thought to be the perfect locations. For a few moments there, I thought my plan would work. In reality, I knew I didn't stand a chance against any of them.

I quickly learned of some PlayerUnknown's Battlegrounds rules I didn't even know existed. My plan to hide out in a remote corner of the map wasn't going to work, as you aren't allowed to! As the clock ticks on throughout gameplay, the area you can inhabit on the map gets smaller and smaller. It makes perfect sense looking back.

If you could hide out anywhere for an unlimited amount of time, games would end up lasting months instead of minutes! Of course, shortly after I learned this rule, I found myself in some hot water. I wandered into a house and found a basic pistol to arm myself with. I thought I had hit the jackpot, but this is when I learned one of the most crucial tips in PlayerUnknown's Battlegrounds.

If a house's front door is open, you probably shouldn't go in there! It usually means someone has been through there already, or they're hiding inside at that very moment. Right after I grabbed the lone pistol, I turned to walk into the bathroom. Unfortunately, I bumped right into someone with a shotgun, and it's blast would mark the end of my first session.

Even though my first attempt at the game didn't go so great, I could already feel it sinking its claws into me. Next time I was going to do better. Next time I would take a completely different approach. I played game after game, tweaking my plan little by little. I started to learn the ins and outs of staying safe, hunting down other players, and spotting good gear.

All those trial-by-fire sessions would end with a bullet to the head, but still, I was learning! Where am I at now? I wish I had more free time to play PlayerUnknown's Battlegrounds, because I absolutely love the experience. Being a lone wolf gives you a certain rush. Knowing you could get taken out at any moment is pretty exhilarating!

It's even better when you get to dish out some of the action to another unsuspecting player. My moments of taking out opponents are few and far between, but when they do come along, they're oh-so sweet. In my best round so far, I managed to make it into the top 10. I took out two other players, one who I snuck up on, and another which involved a rather long and scary gunfight.

While I consider it quite an achievement, my ultimate goal is to be the lone survivor, as I suspect it is with most other players. Will it ever happen? I honestly have no idea. My dreams of being the top dog is fueling my passion with PlayerUnknown's Battlegrounds. It keeps me coming back, and has the game occupying my thoughts throughout the day.

What happens if I do take the top spot? I'll let you know if/when it happens!

For more on PlayerUnknown's Battlegrounds here at Indie Obscura, be sure to check out our interview with creator Brandon "PlayerUnknown" Greene, recap the hilarious video where 50 Battlegrounds players shoot a guy right in the frying pan, and find out how character customization will be expanding in future Battlegrounds updates.