Ubisoft want in on the Battle Royale action. 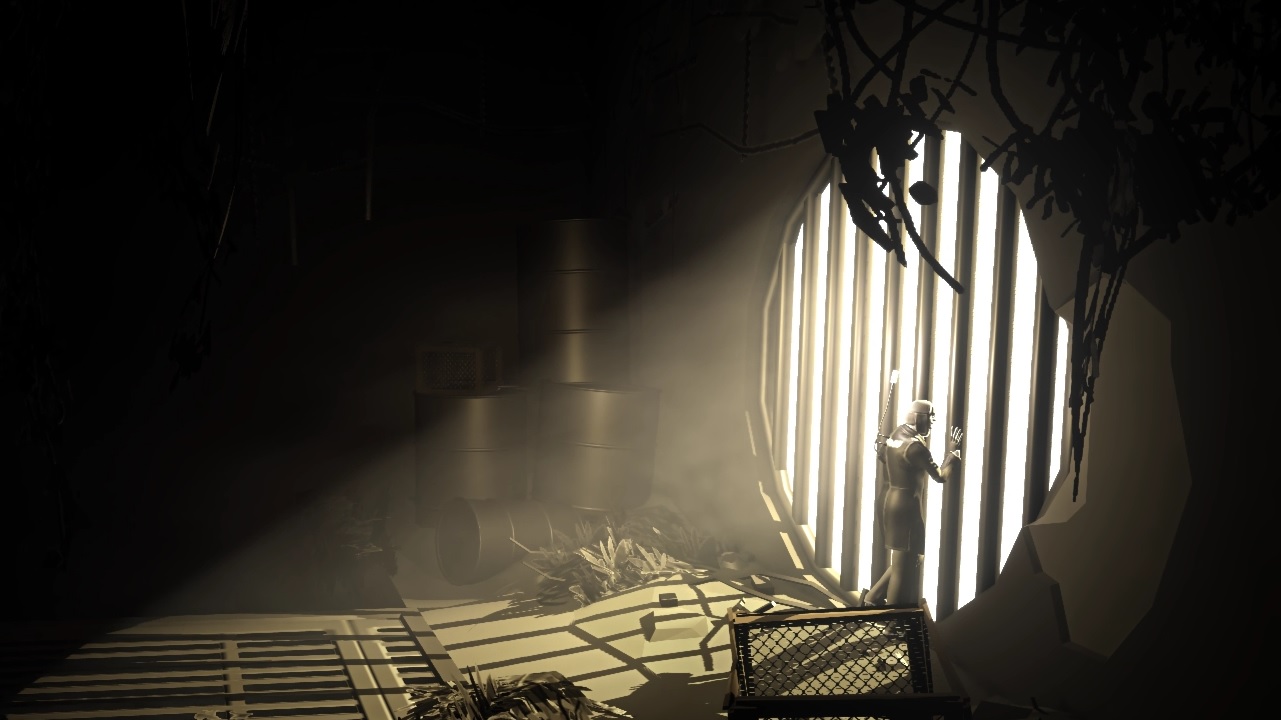 At first glance, Black the Fall comes off as Inside’s estranged cousin. Both are moody puzzle platformers that share a similar tone and minimalist aesthetic. What sets Black the Fall apart is its historical inspiration based on the implications of real-world politics. Whether the message hits home, however, relies heavily on the background and personality of the player.

In Black the Fall, players take control of an overworked machinist who is stuck under the thumb of an oppressive Communist State. You’ll have to sneak past guards and avoid detection while trying to escape from your working-class prison.

After stepping off a crowded elevator, players are literally put to work straight from the get-go. The industrial setting and minimalistic art style set the tone for what is to come, as the tiny machinist hops onto a stationary bike to trigger the first steps of his escape plan. You can even unlock the Working Class Hero achievement if you stay on the bike long enough, but even the most diligent workers earn little for their efforts.

As you sneak your way past guards and carefully maneuver through rooms rigged with deadly robot patrols, you begin to really get a sense of what an oppressive regime can truly feel like. The game’s Romanian developers, Sand Sailor Studio, designed the dystopian aspects of Black the Fall around their own experiences and memories living in Communist Romania during the reign of Nicolae Ceaucescu.

The feeling of hopelessness and dread are pervasive throughout. You’ll breath a sigh of relief upon reaching the outdoors, only to find that the outside world offers its own set of challenges.

As you make your way through the deteriorating landscape, you’ll eventually stumble across a small robotic companion who loyally follows your commands and is crucial for solving puzzles in the game’s second act. The little fella is pretty much indestructible, too, so don’t worry about putting it in seemingly harmful situations. Though mainly used as a tool for solving puzzles, the robot companion helps to lighten the mood during your otherwise harrowing journey.

The puzzles themselves are fairly satisfying, at least coming from someone who enjoys solving environmental puzzles. Some puzzles are quite challenging, and give that “ah-ha” moment upon realizing the solution, which is how good puzzles should be.

Oftentimes, a puzzle’s solution will involve an element in the environment that you didn’t realize was something you could interact with, which says more about the person solving the puzzle than the design of the puzzle itself. I prefer games with puzzles to avoid obvious hand-holding, so I was okay with this despite having kicked myself a few times for not noticing certain objects in the environment sooner.

The only thing that gets in the way of the satisfying puzzle design are occasional hiccups with the player controls. The machinist moves well for the most part, but sometimes the jumping and maneuvering is inconsistent, causing your character to get hung up on objects from time to time.

At one point, I tried to have the machinist interact with a moving train, but he turned to interact with the robot companion instead, who was actually behind him. This caused me to miss the train, and since it was tied to an achievement, I had to restart from the last checkpoint to try again. There were also times when the movements were slow to respond to my inputs, which can get frustrating during puzzles that require fast reflexes and time-sensitive reactions.

The third and final act takes a dark turn that pivots you into a different direction. However, your goal remains the same: keep pushing forward towards freedom. Upon reaching the end and triggering the credits, a series of actual photos from the 1989 Romanian Revolution will start to scroll by. While this is intended to add a more personal twist to the game’s narrative, the ending was likely lost on many players who either haven’t experienced such events in real life or who weren’t cognizant of the game’s theme throughout.

In terms of atmosphere, style, and overall puzzle mechanics, Black the Fall hits the mark in each of those areas. However, some narrative aspects could have been expanded upon to flesh out the deep personal message they were trying to convey at the end. While comparisons to Limbo and Inside are inevitable, Black the Fall ultimately offers its own unique puzzle-solving, platforming experience. If you are drawn by Black the Fall’s minimalist design and heavy atmosphere, then we recommend giving this moody platformer a try.