Lugia and Articuno are the first Legendary Pokémon in Pokémon GO. 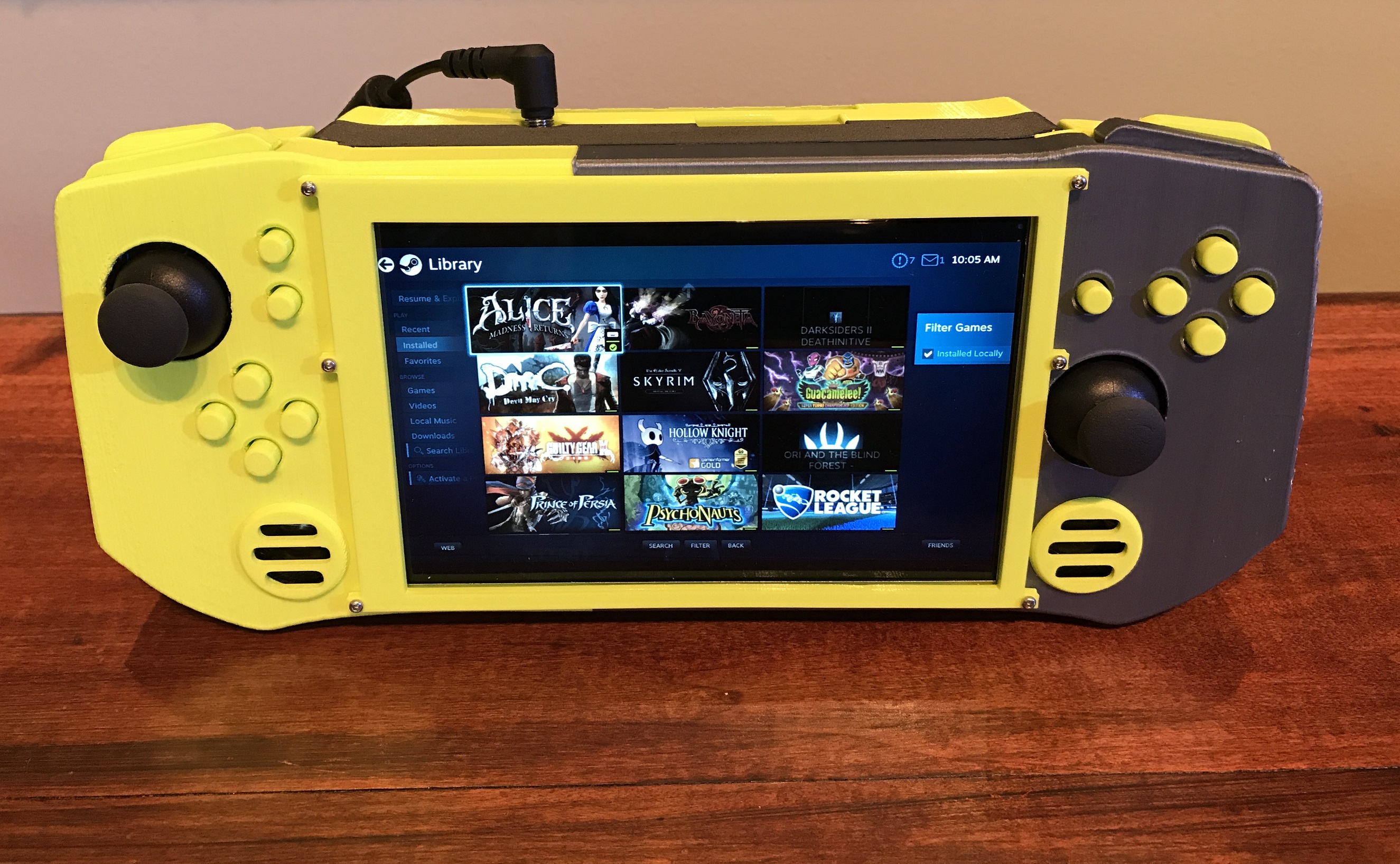 Who cares about camouflage or raw damage when your DPM is amazing?

A few weeks ago, a new piece of technology caught our attention as it began to make serious waves on the internet. Named "Project Scout" by its creator Chase Cobb, the first video of this impressive custom built portable PC has quickly amassed over 20,000 views on YouTube in little under a week.

Along with the interest garnered on websites like YouTube, Project Scout has also become the topic of discussion on websites like Reddit and N4G. Here at Indie Obscura, we truly feel like Project Scout could be the next up-and-coming piece of technology. One you should definitely keep your eye one, especially if you're a fan of PC gaming!

As our excitement for Project Scout grew, we found ourselves yearning to know more about it. Namely, does Project Scout have a future on Kickstarter, and how did such a complex device take shape? On our journey to discover answers, we decided to reach out to creator Chase Cobb who was kind enough to agree to an interview.

Q: How did you come up with the idea for Project Scout?

A: The idea originated from me wanting to play some older PC titles, as well as newer indie games from the couch. The kicker was wanting to do this without requiring the TV or bringing out a laptop and cables. There were no portable devices that allowed the exact user experience I was looking for, so I decided to create Project Scout. Let's be honest, I just wanted to play Psychonauts on the go!

Q: How long did it take you to put Project Scout together prior to its reveal on YouTube?

A: The first proof-of-concept for Project Scout took about 2 weeks to put together. It was a crazy bundle of exposed wires and a proto-board that was not user friendly. Even though it wasn't very usable, it did its job in proving this crazy idea could work! After that, it took about 3 months to get Project Scout to the revision that was shown in the reveal on YouTube.

Q: In terms of of technical know-how, what’s your background experience in tech like? Have you created anything similar in the past?

A: I'm a software engineer by day and most of my previous experience is in game development, as well as working with game engines. Creating a hardware project like this isn't something I've done in a professional capacity. It's a good thing I took a chance because making hardware is fun! There's something about making something tangible that you can hold in your hands that brings a whole new sense of accomplishment.

Q: People are eager to compare Project Scout to other handheld devices such as the Nintendo Switch, although this certainly wasn’t your intent when making Project Scout. Could you share your thoughts on the matter, and could you tell us how you as the inventor would define Project Scout?

A: Project Scout is not really anything like Nintendo Switch, except for them both being portable devices. Anyone looking to play first party titles from Nintendo will buy the Switch. I own a switch and play both it and the Scout on a regular basis. The main difference is that Project Scout is all about the open market of the PC.

Project Scout is meant to bring a more broad range of games to a portable form factor without having to wait for, and potentially repurchase, PC ports. It's all about player choice and bringing the open PC gaming market to a portable form factor. Many of my favorites will probably never be ported to the Switch, which is why I felt they were different enough to really find this idea intriguing.

Q: One question I’ve seen asked is what type of UI is Project Scout running, and how did you settle on that particular UI?

A: I've been primarily using Steam's Big Picture mode. It is the most natural and complete UI I've tested so far with a controller. It seems important to keep users in an environment they are used to and have already invested in. Also, with it having it's own native streaming functionality it really seems like a great fit.

Q: What kind of challenges have you run into while building Project Scout (in terms of design, functionality, UI, etc.)?

A: There have been no shortage of challenges! Sourcing electrical parts and designing custom circuit boards is definitely at the top of that list. This was my first time taking on any electrical fabrication and there was a steep learning curve, for sure. I seriously underestimated the amount of time I would spend looking at data sheets and creating my own Eagle libraries. It was a lot of work but was well worth the experience.

Q: You designed the housing for Project Scout in Fusion 360, then 3D printed it using your Ultimaker 3 Extended. Do you have previous experience with 3D printing, and what lead you to choose this method while creating Project Scout?

A: I’m a huge fan of 3D printing! A little over a year ago I got my first printer and it has been a huge passion of mine since. This type of technology was created for rapid prototyping of hardware, and it was a natural fit. Plus it's just another excuse for me to print something new!

Q: Project Scout benefits greatly from having access to the user’s PC game library. Are there any limits to the kind of games people can play on Project Scout?

A: The best games to play on the Scout are those that have full Xbox controller support. Games that require mouse and keyboard to play are not ideal or really what I intended it for. I've been using a bluetooth keyboard with a trackpad and it's not a super user friendly solution.

Q: Why do you feel Project Scout’s ability to stream both Steam and Xbox One games is important?

A: I think if any portable gaming PC is going to be competitive in the current market it has to be inviting to a wide audience. Making sure the device supports streaming is important because it opens up possibilities to have experiences that wouldn't exist otherwise. Some games may require more power than Project Scout offers in order to run, or there may be console exclusive games that aren't available natively to the platform. Providing these extra options for players is a win-win.

Q: Are you considering putting Project Scout up on Kickstarter? If so, are there any particular goals you have in mind?

Getting the project to that point would be a full-time job and would not happen quickly. Open sourcing portions of the design is still something that could happen. The big hesitation for open sourcing is that I would still have to dedicate a lot of time and resources to helping others recreate the Scout. It is also very expensive and time consuming to build one device at a time. Nothing has been ruled out at this point, but don't expect to see it on store shelves anytime soon.

Q: What advice would you give other people looking to create their own gaming device?

A: Hardware projects are fun! There are many transferable skills to be learned from taking on a project like this. Grab an Arduino or Raspberry Pi and get started. Don't forget to share your progress with the rest of us!

We want to thank Chase for taking the time to answer these questions, as they really helped us gain new insight into the complexities behind Project Scout, and how the device is evolving over time. If you want to stay up-to-date on Project Scout, be sure to subscribe to Chase on YouTube where he's already posted 2 informative videos regarding Project Scout, Twitter, and Facebook. Overall, we can't wait to see how Project Scout comes together in the future.