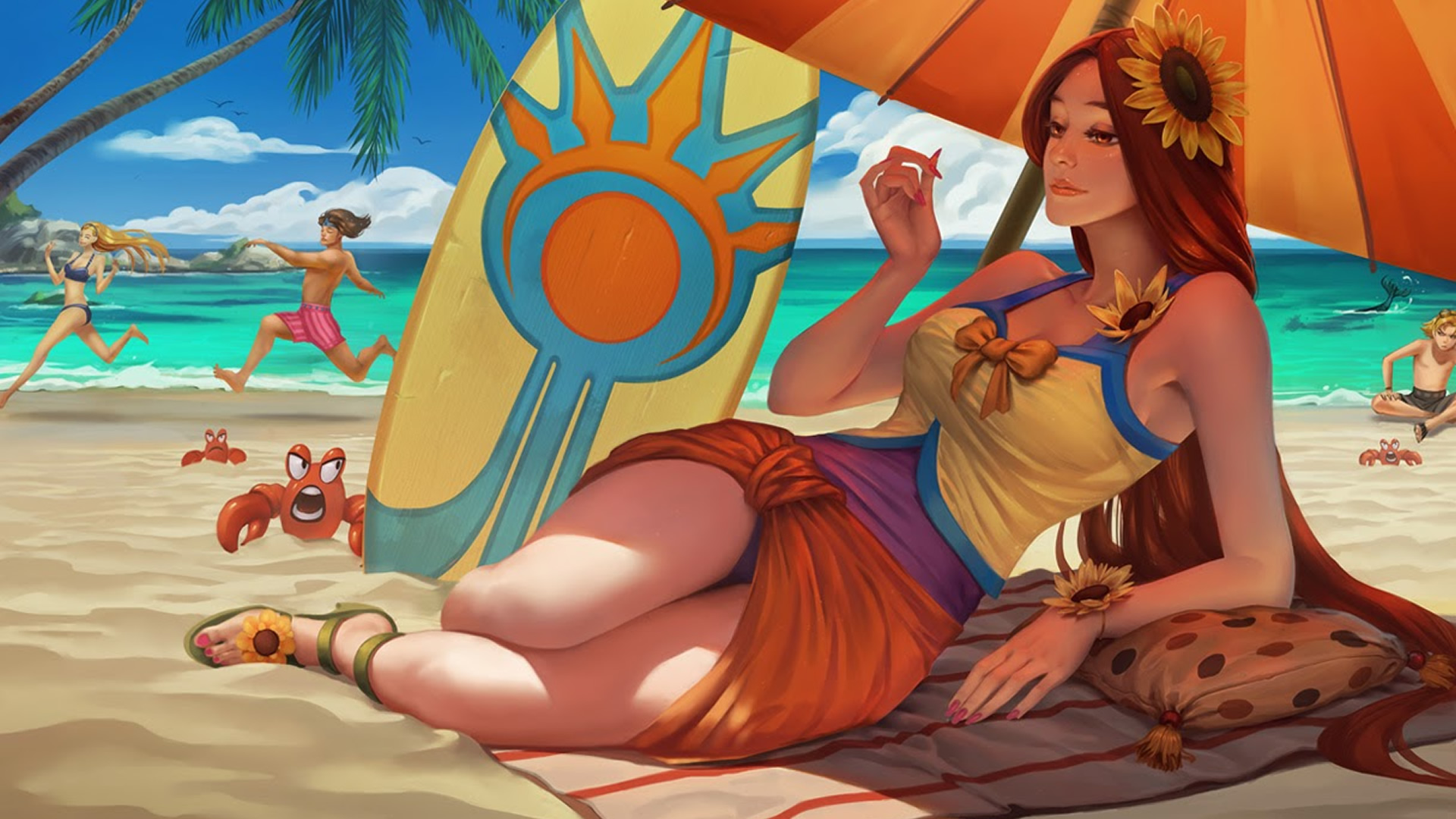 Statistically speaking, more people should be playing these tanks.

Last year’s City Champs tournament was a huge success and it included four of the nation's largest cities, but this season there are eight more teams and a lot more on the line.

Non-pro League players of all ranks are allowed to try out to compete for their city, so get the lowdown ahead of the City Champs action and prepare with our handy survival guide.

You can sign up for your City Club’s Online Qualifier by heading over to the Super League website where you can purchase your ticket for $5. To join, you must have a level-30 account with at least 20 champions.

Once you’ve signed up, you can use the dashboard to track your progress, play games, and connect with your team. Be sure to log in to your superleague.com account to stay up-to-date on qualifier and season information. There are a bunch of instructional videos to help you along the way should you need guidance.

I’ve Bought my Ticket, Now What?

Once you’ve purchased your City Champs ticket, you will be placed into one of four tiers based on your League of Legends solo queue ranking. This will allow you to compete against players with a similar skill level. You will remain within this tier for the entire City Champs season, so there’s no need to worry about losing games because of poor matchmaking.

The online qualifiers take place over four days (July 21st through 24th) and every match will begin 7:00 p.m. through 12:00 a.m. (CDT). To begin your City Champs journey, simply sign into your Super League account each day during the online qualifiers to compete against other players from the comfort of your own home.

Once you’ve signed in, you will have five hours to play as many matches as you want, so make sure you complete a minimum of six matches to ensure you meet the eligibility requirements. During the online qualifiers you will be able to queue up in one of five roles: Top, Jungle, Mid, Bot and Support.

These can be found on your dashboard where you’ll be able to see how many players are currently in queues for each role. Once you complete a game, your results will be automatically added to the Super League leaderboard and if you manage reach the top of the leaderboard at the end of the online qualifiers, then you’ll represent your city for the City Champ season.

If you manage to top the leaderboard, you’ll get a chance to duke it out at the main event where each city will compete in a three-event round robin within their divisions. Every City vs City win will earn your club points and the club with the most points takes the victory.

At the end of the round robin, the top club from each division will advance to the semifinals, where the final four teams will compete for a place at the City Champs Grand Finals. The Grand Finals will give you the chance to play with your team on the big screen and will offer unforgettable League of Legends experiences.

You don’t need to be a pro LoL player to experience the high-octane action at City champs, and Super League will make you feel like a true digital athlete. Super League even have some pretty cool highlight features that will help keep track of your biggest moments, so make sure you put on your best performance.

What Happens if I Don’t Qualify?

As long as you complete at least six games in one role, you’ll automatically become a reinforcement for your specific City Club.

What Do Reinforcements Do?

Players that fall into the reinforcement bracket will fill in for any team players that are unable to play. Reinforcements also get to play in Challenge Matches the day before every City vs City event, so even if you don’t qualify there are still plenty of Rift rivalries to be had.

Spots in these matches are first-come, first-served, and any reinforcement player from any tier can join. No matter where you’re playing, you’ll have the chance to play against talented players from across the country.

Where are the City Champ LoL locations?

The 12 teams competing this year are Chicago, Houston, Phoenix, Denver, Dallas, New York, San Francisco, Miami, Boston, Los Angeles, Seattle, and Las Vegas. Last year, Chicago defeated Dallas to win the championship, but with the increased competition it’s safe to say that this year’s City Champs will be even fiercer.

If you qualify at the top of your tier you will have the chance to battle live in City vs City events at your Club’s home theatre on Monday, July 31, Wed, August 2 and Monday, August 7. The participating theatres and locations are as follows:

Is There Anything I Need to Bring?

You will need to bring your laptop (not desktop) and your own peripherals (charger, headset, mouse, appropriately sized keyboard). Make sure you update your computer and League Client before every event. Lastly, wear your jersey with pride and have fun!

Each City vs City matchup starts promptly at the time listed for the event. Individual times for each theatre can be found by heading to the Super League’s LoL events page<. Try getting to your nearby theatre at least 15 minutes early to ensure you have time to sign in, meet your team and set up your equipment.

The friendly men and women of the Action Squad will be on hand to make sure you experience is at City Champs is awesome, so simply look for the red shirts when you arrive and they’ll sign you in and get you ready to play. Players are expected to be in the theatre, ready to play by the time indicated.

All of the seats will be labelled A-L by team, so find your team’s seats and get your equipment ready. If a theatre team player can’t make the game start time, any eligible club reinforcement can fill in for them on a first come first-serve basis, regardless of their tier or role.

What if I Need Help at the Event?

Our Action Squad will be on hand to help you with any technical issues or questions you have. During the event, if you have an issue, raise your hand and a member of staff will come to your aid. The Action Squad are also the final call in any arbitration matters, so respect their decisions.

Will There be any Prizes?

All participants will receive a mystery icon and a 10 win IP boost. The prizes for the top four places are as follows:

Good luck and have fun!