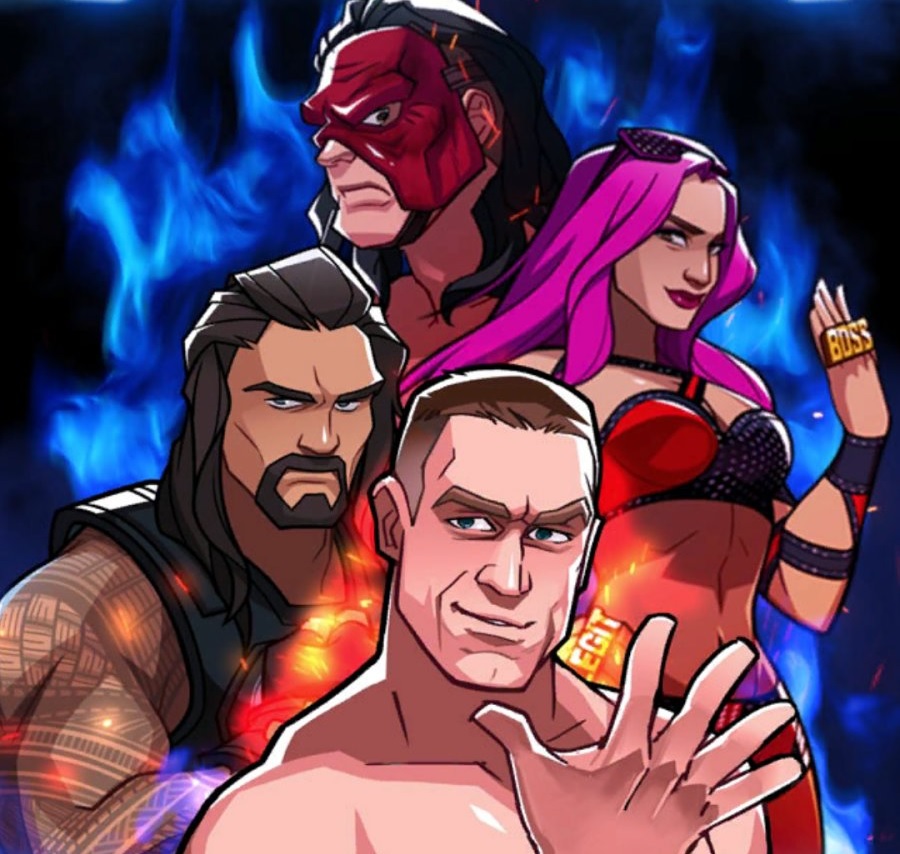 A complete roundup of the Call of Duty: WWII Nazi zombies reveal.

WWE Tap Mania is new idle-clicker mobile game available now on iOS and Android. While the gameplay itself mainly involves ceaseless tapping, there is still some room for strategy. This guide offers several WWE Tap Mania tips that will help you level up fast and win each match.

WWE Tap Mania allows players to take on the role of their favorite WWE Superstars, teaming up with other wrestling legends in the ring for an all-out brawl. Follow these tips to increase the strength of your wrestlers and tap your way to the main event.

Although this type of tapping-based game is known as an ‘idle clicker’, that doesn’t mean you should stay idle. Tapping is the main gameplay mechanic, so it’s in your best interest to get in as much tapping as possible. The other wrestlers on your team are pretty slow, so your tapping will really help compensate for their pacing, especially during boss matches. Of course, you can just leave the game idle and still collect your reward afterward, but staying active and tapping whenever possible will significantly increase your ability to defeat your opponents and level up faster.

Tap with More Than One Finger

As we just mentioned, active tapping on your part is crucial for defeating opponents and getting through each stage, especially when you get to boss matches. To maximize your tapping potential in WWE Tap Mania, we suggest using as many fingers as you can to tap the screen as fast as possible.

Tapping with multiple fingers will go much farther than single-finger tapping alone. Just make sure not to hit your signature move too early or accidentally close out the app with all your crazy tapping.

Save Signature Moves for the Boss

Just like in real life, each wrestler in WWE Tap Mania has their own powerful signature move that inflicts a ton of damage. To use a wrestler’s signature move, simply tap the button above their avatar at the bottom. There’s a cooldown time after using them, so you’ll want to save these special moves for the boss battle.

Unlike regular matches, the boss matches have a time limit. You’ll want to unleash your powerful signature moves during the boss match to ensure you take them down quickly and within the allotted time frame.

Keep Your Team at the Same Level

In WWE Tap Mania, players can have up to four other wrestling Superstars on their roster, making five team members total. You’re usually the strongest of your team, but you should still keep an eye on your teammates and make sure they are all close to the same level.

If there’s a huge leveling gap between the wrestlers on your team, there’s a higher chance that one of them will get knocked out as soon as your group goes to fight the boss. You want to have everyone close to the same power level so that you are each distributing and receiving damage evenly. Making sure your team members are of similar level will decrease the odds of having any knocked-out teammates when the 30-second boss battle begins.

Don’t Forget to Spin the Wheel

It’s common for free-to-play mobile games to include some reward for watching ads, and WWE Tap Mania is no different. Tapping the wheel in the upper left corner of the display will allow you to watch an ad in exchange for a boost to your in-game currency earnings.

Get the Gold Briefcase for Extra Cash

If you’re familiar with wrestling events, you’ll recognize the briefcase in WWE Tap Mania as a reference to the briefcases used for Money in the Bank events. Keep an eye out for a gold briefcase in the upper left side of the display. Tapping the briefcase will grant you extra in-game cash. In some cases, you’ll be prompted to watch an ad to boost your earnings, which we definitely recommend you do.

Speaking of money, the other currency you'll be using in the game is Gold, specifically in the form of gold bars. The easiest way to get more Gold in WWE Tap Mania without having to shell out real-world cash for it, is to check your Achievements. Each time you complete an achievement, you will receive a portion of Gold as your reward. However, you have to manually collect the Gold each time.

Select the Objectives button in the top left corner of the display. This button will visually notify you when you have completed an achievement. On the Achievements list, scroll through and collect your hard-earned Gold for each of your completed achievements. Check back regularly so that you don't miss out on any rewards.

In WWE Tap Mania, you can open up special free silver packs that can contain wrestler shards for unlocking new wrestlers, as well as perks that provide bonuses for your team, such as health and damage boosts. These silver packs can be opened every four hours or so. Make sure you check your game regularly or turn on notifications to ensure you’re getting packs as often as possible. This will help you unlock better wrestlers and progress faster through each stage. While you're at it, make sure to collect your Perk Points, too.

Follow these tips in WWE Tap Mania to increase your chances of becoming the king of the ring.

Read: WWE Tap Mania Guide: How to Level Up Wrestlers and Unlock Superstars