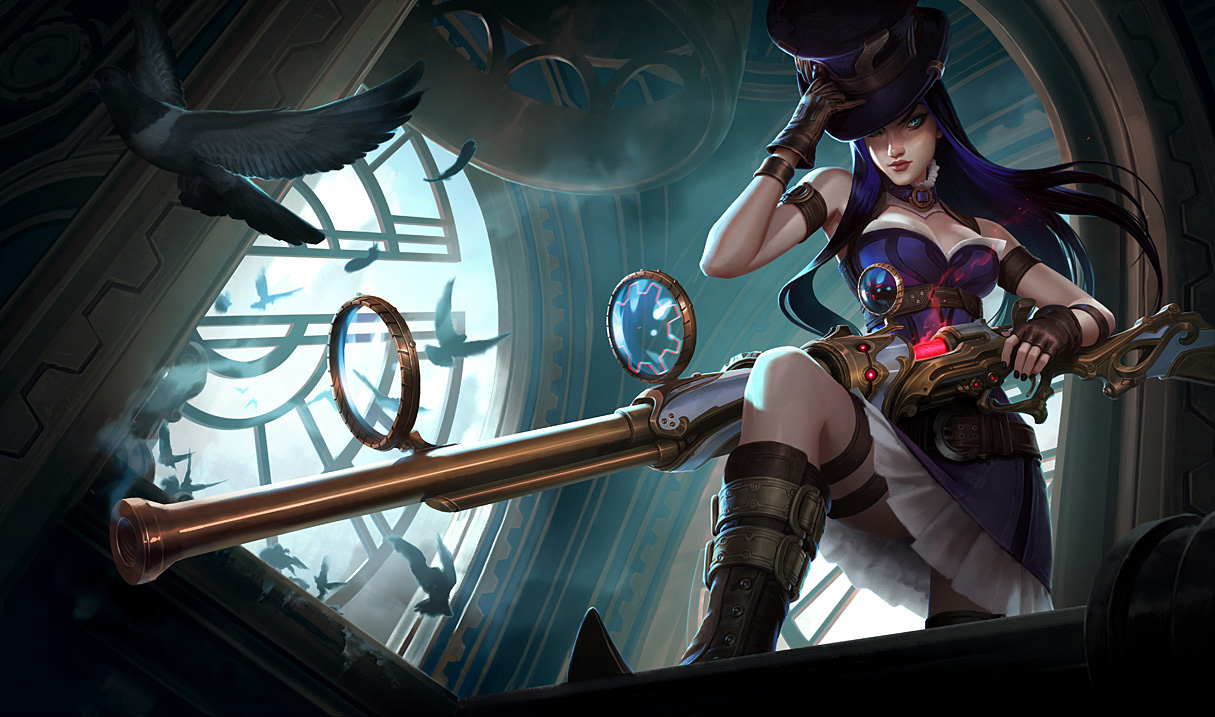 Is the Nintendo 64 next in line after the SNES Classic?

Just like any competitive game or sport, League of Legends requires a high level of skill, communication and perseverance. Athletes don’t become experts in their fields overnight; instead they look at ways of improving their abilities and performance.

Here are five pro LoL tricks that could help increase your chances of netting your team a win at City Champs, where you can represent your city in live matches against rivals from around the country.

Vision is extremely important in League of Legends and is an area that is often overlooked and cast aside by newer players. Wards give you huge advantages at every stage of the game as they grant vision of enemy movements and allow you to keep tabs on neutral objectives.

Knowing the whereabouts of every enemy player is huge and can help you stay alive against hyper-aggressive junglers and roaming mid-laners. Games can be won and lost by providing and denying vision, and if you want to make flashy plays at City Champs, you’ll need to ensure that you and your team constantly ward the Rift around you.

Going into areas blind is never a good thing, especially in the late-game where winning teamfights and taking objectives is pivotal to your success. Warding may not have a noticeable impact, but it does give you valuable information that you can use to make game-winning plays.

Kiting is one of the most important mechanics in League and is an essential offensive and defensive technique, especially for squishy carries looking to deal as much damage as possible. The goal of kiting is to create distance between you and your opponent, while maintaining a constant barrage of poke.

You never want to stand still while you’re auto attacking as this leave you incredibly vulnerable. Instead, you’ll want to focus on repositioning in between your auto attacks. This technique is known as orb walking and pro players use it to help maximise their DPS, dodge incoming skill shots and help deter enemy ganks and dives.

Mechanical-based aspects of the game such as last-hitting creeps are incredibly important when trying to secure a significant advantage over your lane opponent. Last-hitting will maximise the amount of gold you receive and will allow you to rush the items needed to begin snowballing.

Having a gold advantage over your laner will instantly put you in the lead and can greatly influence the outcome of the game. However, last hitting enemy creeps can be incredibly frustrating, especially when you’re laning against a poke-heavy champion or lane bully, but luckily improving your ability to last-hit is incredibly easy.

Simply pick a champion that you usually play and head into a custom game and begin mowing down the little critters one-by-one. You should be aiming for around 90 CS at 10 minutes, so make sure you practice this technique before showing off your skills at City Champs.

This is arguably one of the most important skills in League of Legends and can be the difference between getting an Inhibitor, turret, Baron buff or split-pushing lanes. Knowing when to prioritise objectives is very important to your performance. Try to always think several moves ahead of your opponent and plan for the worst possible outcome during teamfights and engages.

This kind of behaviour won’t only make it easier for you to adapt to a whole range of scenarios; it will also make your actions harder to read. Having quick decision-making skills can allow you to bait the enemy team into orchestrated plays that make them believe they have the upper hand, but in reality they are just being pushed into a trap.

This is what separates high-elo players from low-elo players, and pros constantly use their excellent decision-making skills to outperform those around them. Be sure to analyse your games and see what options were available to you at the time and when and where you should be aiming for them.

Have Pocket Picks to Fall Back On

Many League players abuse current OP champions, but a lot of pros have pocket picks they are mechanically gifted with. Picking a champion purely because they’re a meta pick means nothing when faced with a player who has taken the time to learn and perfect their skills with a chosen champion, meta or not.

If you know their strengths, weaknesses and what to do at each stage of the game, you’ll have a huge advantage over someone who has very little experience with a meta champion. This knowledge will allow you to focus on other core elements of the game and increase your chances of reaching the final.

City Champs will be the first time many of you will play at a live event, so don’t be afraid to pick champions you’re comfortable with. Pro players often have pocket picks they can rely on during difficult matchups, and while it might be fun to play a diversity of champs, it’s not always beneficial.

Use These Tricks at City Champs

Sign up for City Champs by heading over to the Super League LoL events page where you can purchase your Online Qualifier ticket. Once you’ve purchased your City Champs ticket, you will be placed in one of the four tiers based on your personal solo queue ranking. Make sure you use the five pro LoL tricks during your six qualifying matches to increase your chances of snagging yourself a win.

Only the top players will have a chance to represent their city, so make sure you put on your best performance. If you don’t make the cut, you be able to play Challenge Matches as a reinforcement to help earn points for your city. Why not start your City Champs journey today?