The average life-time of a player is longer on these maps than any others! 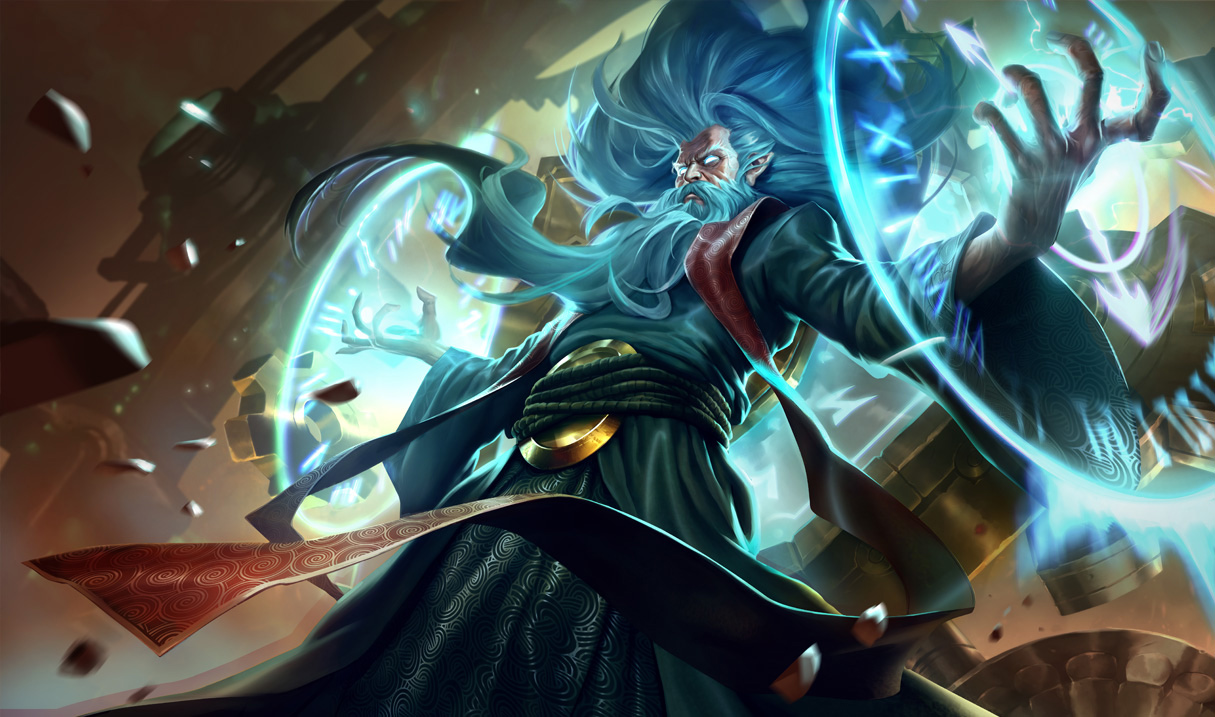 The Doctor is in session, to kill some World War 2 Zombies.

League of Legends’ champion pool grows with every update and it’s only natural for players to gravitate towards one or two champions per role, as mastering 137 champs is no easy task. This doesn’t mean that those who rarely make it past the champ select screen are bad.

In most cases, non-meta champions can catch people off guard and often win lane as their opponent rarely sees them on the Rift. Here are five pocket picks who could help increase your chances of netting your team a win at City Champs, where you can represent your city in live matches against rivals from around the country. So which champions should you pick to catch people out at City Champs?

Kayle has one of the most straightforward skillsets in the game. The Judicator may lack the flashy play styles of newer champions, but her simplicity doesn’t make her a bad pick. She currently has a 1.71% play rate in top-lane and can be extremely strong, especially against melee champions like Tryndamere and Jarvan.

Kayle is a versatile champion who can carry her team to victory or take on a more supportive role should her team require. Even if you lose lane and fall behind in farm, you’ll still be extremely useful to your team. The Demacian angel allows you to remain in lane for long periods of time thanks to Divine Blessing, which can be cast on yourself or a targeted ally.

This ability gives Kayle decent amounts of sustain, while her ultimate, Intervention, can save a friendly champion, deny a kill or give squishy carries the protection they need to survive a teamfight. Kayle’s strong early-game poke and late-game carry potential makes her a great pick for those looking to counter the popular melee champions roaming around the Rift.

Wukong hasn't been monkeying around in the jungle for some time now, with most players opting for champions with better clear and survivability like Lee Sin and Kha'Zix. However, if you can forgive his jungling woes, and get past his poor early-game clear, you will be rewarded when the Monkey King hits level six.

Wukong’s ultimate, Cyclone, has fantastic potential as it allows you to initiate teamfights knocking up those caught within its radius. Cyclone works brilliantly when combined with Decoy, which grants you 1.5 seconds of invisibility and leaves behind a decoy. Creep into lane and watch your opponents burn their flashes as they try to avoid the CC from Cyclone and the damage from your Crushing Blow.

His Stone Skin passive also gives you bonus armour and magic resist for each nearby enemy, which can give you a little more survivability in engages. However, it’s often best to assassinate squishy targets and disrupt those around you before using Decoy to safely escape. Wukong may not be a favourite in the jungle, but he will certainly surprise your foes at City Champs if you can play him well.

The Chronokeeper has always been a relatively niche pick due to his inherent reliance on matchups and vulnerabilities to heavy burst and dive champions. However, Zilean’s strengths as a utility and zone control mage really stand out and make him a champion worth picking at City Champs. What makes Zilean so potent is his use of extremely strong, low-cooldown movement speed buffs as well as great zoning through his bomb placements.

Zilean also enables his team to act a lot more aggressively because of the revival from his ultimate. Unfortunately, the Chronokeeper has always had to sacrifice damage for cooldown reduction and mana regeneration items, but by utilising Rod of Ages and Morellonomicon he is able still deal a lot of damage while also having access to mana regen and CDR making him very powerful in the mid-lane.

When you build CDR your ability to spam revives with Chronoshift greatly influences teamfights and allows you to continuously save squishier targets. When you combine this with Time Warp’s 99% slow/speed buff and Time Bomb’s high damage output, you have a recipe for high amounts of explosive damage.

As a result, Zilean works extremely well against assassin champions like Zed and Katerina, as he can deny them farm and counter their burst. If you’re looking for a champ that prevents enemies from snowballing, then Zilean could be worth taking for a spin.

This disgusting reanimated human has a 0.22% play rate and is the least played ADC on the Rift. Urgot is plagued with early mana issues, short auto attack range, lacklustre sustain and a lack of escape that makes him easy prey if he overextends. It’s certainly not hard to see why he’s so unpopular.

Even Riot is trying to boost Urgot’s popularity on the Rift with their recent rework announcement. However, for all of Urgot’s shortcomings, he does have some redeeming qualities that make him a worthy pick. Unlike many AD carries, the Headsman’s Pride can build tanky while still managing to dish out a lot of damage. He can shred through armour and poke from afar with his Acid Hunter and Noxian Corrosive Charge.

The current meta favours tanky champions like Zac and AD carries like Draven, but this lethal combination of damage allows Urgot to constantly harass and bully even the most defensive champions, while shielding himself from incoming damage with his Terror Capacitor. Urgot can survive these engages with the use of Black Cleaver and Sterak’s Gage, so if you’re looking for a ADC who can shred through tanks and remain healthy, why not give the Headsman’s Pride a go?

This pick originally started gaining popularity in Korea last year when players realised that he synergises well in bot-lane. With the current meta favouring tanky champions, it’s not hard to see why Sion could make an appearance at City Champs. Sion’s a very well-rounded champion that deals considerably more damage than other tank supports, and has a similar amount of crowd control and good engage.

He’s also a great counter to immobile AD carries like Twitch and Caitlyn who are popular in the meta at the moment. Roar of the Slayer slows enemy champions and deals a nice amount of damage early on, and his Decimating Smash can prove lethal when knocking up multiple enemies.

However, it’s late-game where support Sion really shines. The on-hit 20% armour reduction from his roar greatly boosts the damage his AD carry and team are able to do, while his engage with Unstoppable Onslaught can be used as primary or secondary engage. Sion’s a great pick for those looking to chase down enemy carries and initiate teamfights. So why not give the Undead Juggernaut a go at City Champs?

Make Your Mark at City Champs

Head over to the Super League LoL events page where you can purchase your Online Qualifier ticket. Once you’ve purchased your City Champs ticket, you will be placed in one of the four tiers based on your personal solo queue ranking. Be sure to use some of these picks in your six qualifying matches to increase your chances of snagging yourself a win.

Only the top players will have a chance to represent their city, so put on your best performance. If you don’t make the cut, you be able to play Challenge Matches as a reinforcement to help earn points for your city.