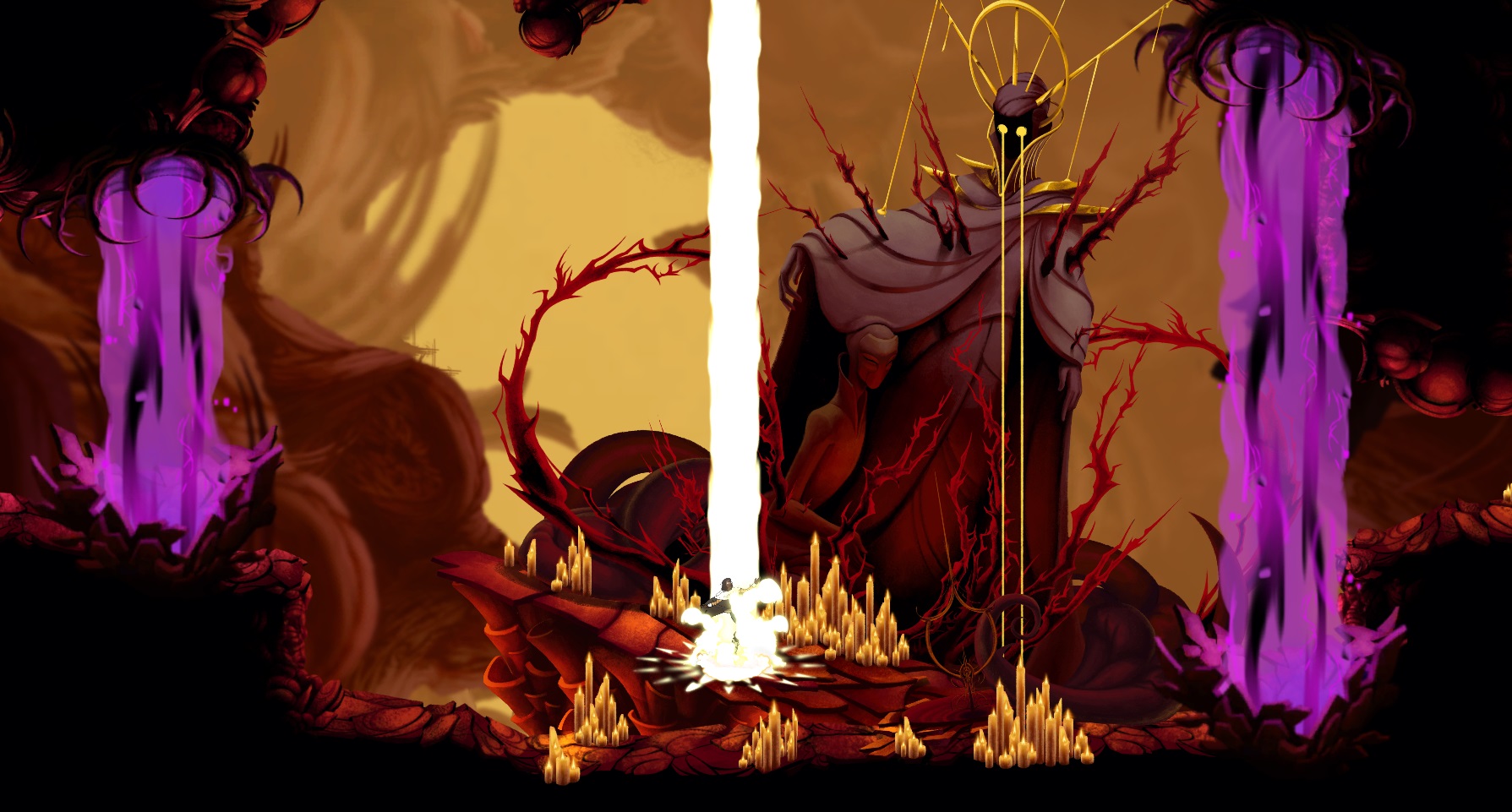 Sundered Will Launch in Late July

Jotun developer Thunder Lotus Games has announced a July 28 release date for its newest title, the adventure/metroidvania game Sundered. The release date was confirmed via a recent post on the PlayStation Blog.

In Sundered, players take on the role of Eshe, a wanderer who must explore a hostile procedurally-generated world that is populated by horrific monsters and giant boss enemies.

By defeating these boss enemies, Eshe will come into possession of powerful artifacts called Elder Shards, and it will be up to the player to decide if they want to tap into the Elder Shards’ power (sacrificing Eshe’s humanity in the process) or destroy them and thus end their dangerous influence forever.

Sundered, which will be available on both PlayStation 4 and PC, will include multiple endings, a vast progression/upgrades system, and, as was previously mentioned, a vast procedurally-generated world when it launches on July 28th.