Though they’re small in stature, these Light tanks pack quite the punch! 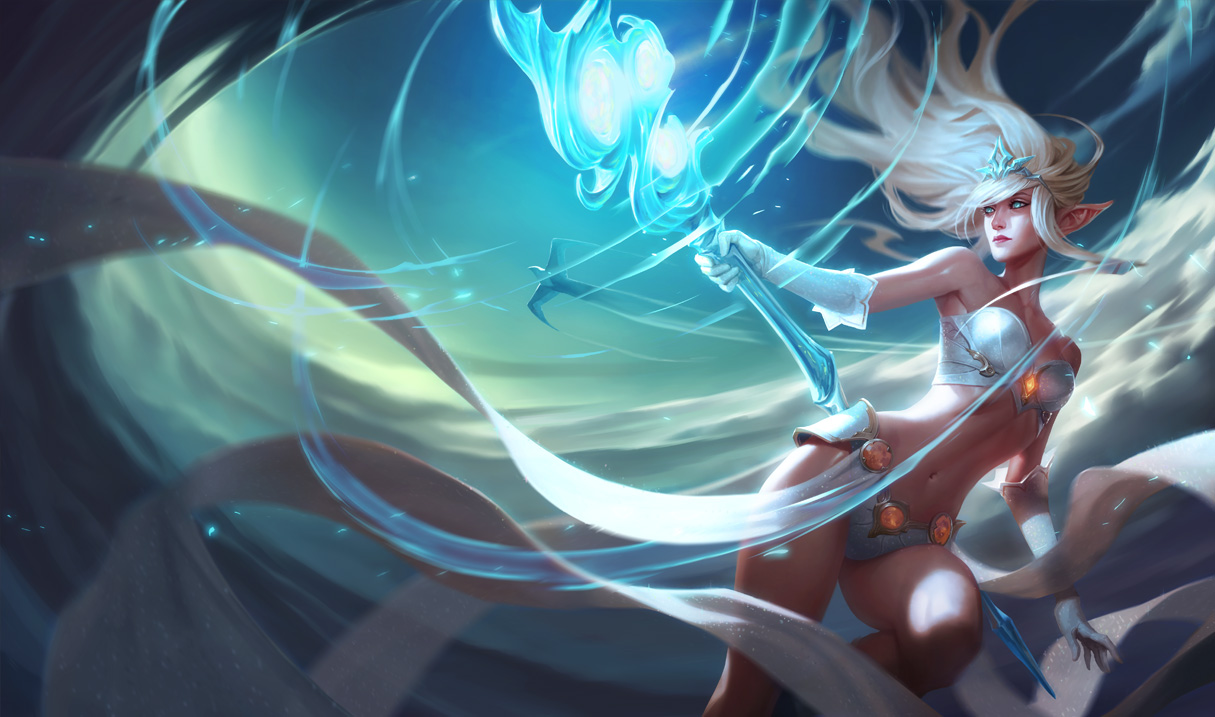 The Best Supports to Play at LoL City Champs

What to do if you come up against the Rebel and the Charmer.

Support may not be the most glamorous role in League of Legends, but it is one of the most satisfying to master. Good supports keep their teammates away from danger by providing vision, shielding incoming attacks and providing heals and buffs.

Mastering and understanding which support champions you should pick will help increase your chances of grabbing your team a win at City Champs, where you can represent your city in live matches against rivals from around the country. So who are the strongest support champions that you should be playing this meta?

Competitive play generally relies on team-based support champions like Janna or Soraka to help keep their team healthy and safe. However, Blitzcrank has started to become increasingly popular in the LCK. Korean teams are picking the Great Steam Golem as he synergises well with popular meta champs like Caitlyn and Draven.

The Doran’s Shield health regeneration rework has also given ADCs built-in sustain, which means supports no longer have to provide heals or shields to win lane. Expect to see the plenty Rocket Grab plays from the Rift’s resident robot at City Champs.

As a champion who can stop both the movement and incoming damage from a number of spells, Janna can easily carry a game to victory. Janna has the ability to make even the worst players look great, as her kit allows her to keep her carry safe, while also presenting plenty of opportunities for the ADC to kill their foe.

The Storm’s Fury is a welcome addition to any tier, especially lower brackets where players are more likely to get caught and make mistakes. Aggressive engages and teamfights are commonplace this meta, so having a support that can disengage and provide peel is vital.

Janna can slow enemies with Zephyr, knock up multiple foes with Howling Gale and even knock back hungry assassins with Monsoon. It isn't hard to see why Janna continues to be popular across every division.

Thresh is one of the most-picked support champions in League of Legends, and the Chain Warden has seen his fair share of games, ranging from Bronze tier to Worlds. His CC-heavy kit and overall tankiness ensure Thresh is always a strong pick no matter the meta, while his ability to engage and disengage make him hotly contested.

Thresh supports his carry by locking down and displacing the enemy team with Death Sentence, Flay and his ultimate. This combination of CC has led to him being extremely popular among both casual and pro players, especially when combined with meta ADCs like Caitlyn, Twitch and Draven.

For example, Twitch can use Thresh's Dark Passage in coordination with Ambush to get behind his enemies and deliver a stealthy surprise with Spray and Pray. These three carries greatly benefit from the hard engages and added mobility Thresh gives them, so be prepared to see these deadly combos in action at City Champs.

Soraka ensures her teammates are kept healthy by giving them constant heals, while preventing her enemies from unleashing their attacks during skirmishes. The Starchild can keep even the squishiest champion alive, and her sustain allows them to continuously siege turrets and secure objectives.

Teamfights can be hard to coordinate and can become increasingly difficult to win, especially when you’re fighting alongside new allies for the first time. However, Soraka’s job is to simply heal those around her and ensure they always come out on top during teamfights.

Her ultimate can be utterly game-changing, because if you’re about to lose a teamfight you can simply drop Wish to heal all allied champions, including untargetable allies, and yourself. This often gives your team the chance to turn an unwinnable engage into a game-winning play.

A good Lulu player can disrupt and dismantle enemy teams while empowering her own, dominating every fight. She is very versatile and can fit into almost any team, especially comps that revolve around protecting the carry. Lulu’s kit revolves around buffing and shielding her lane partner and relies heavily on her team.

This can be a pain when your team is losing, but as long as you remain calm and prioritise your carries during teamfights, you should win most engages. Unlike most supports, Lulu has the ability to deal a lot of damage and her early-game poke from Glitterlance can quickly force the enemy ADC out of lane.

Meanwhile, the bonus attack speed and polymorph ability from Whimsy can make short work of objectives and help deal with pesky assassins. If you’re looking to buff your carries to victory at City Champs, Lulu could be the champion for you.

Head over to the Super League LoL events page to purchase your ticket and take part in the online qualifiers. You will be placed in one of the four tiers based on your personal solo queue ranking, so there’s no need to worry about your skill level.

However, only the top players will have a chance to represent their city. However, if you don’t make the cut, you’ll be able to play Challenge Matches as a reinforcement to help earn points for your city. If you think you have what it takes to rise through the ranks in your region make sure you sign up for City Champs today.