Snag these deals on a Nintendo Switch and its accessories during Amazon Prime Day. 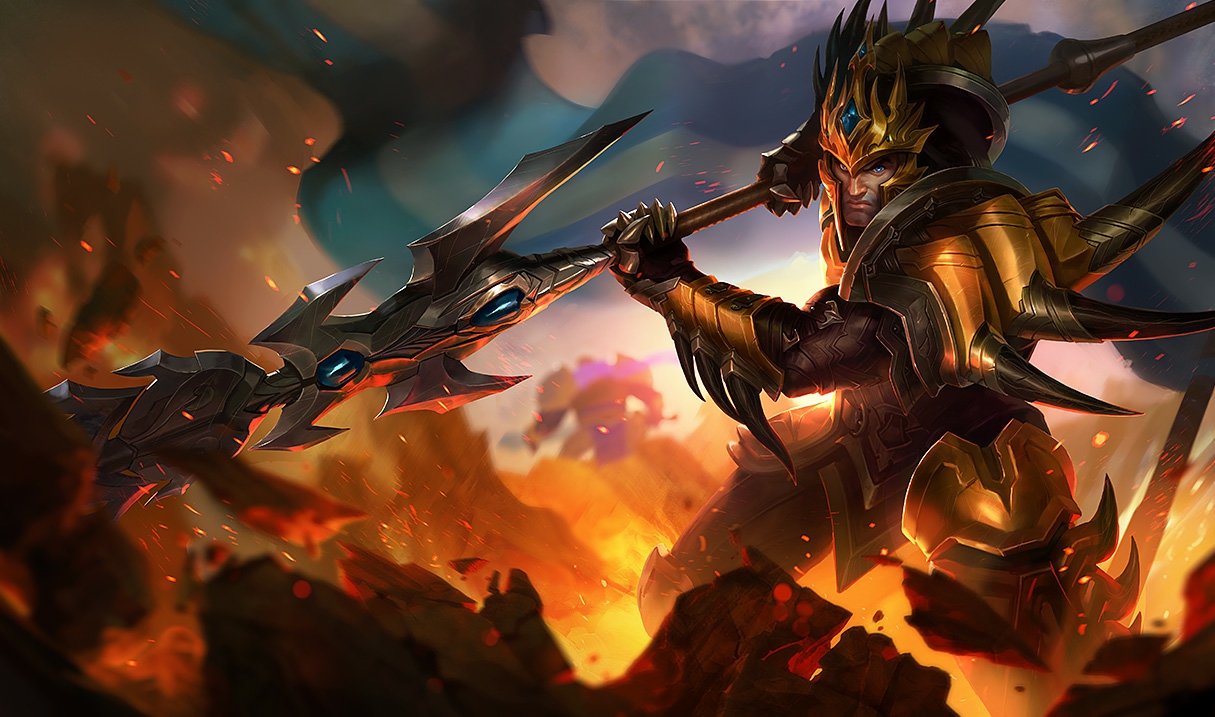 Understanding the best meta picks between the lanes.

Summoner’s Rift is a place of constant change. Every new patch brings something different to the table, offering new item builds and shifts to current champion picks or bans. Although patch 7.13 has focused on slight balance changes, it has brought certain top-laners to the forefront of the game.

Mastering this role is key in both competitive and casual levels of play, and it will have a huge impact at this year’s City Champs tournament, where you can represent your city in live matches against rivals from around the country. So who are some of the strongest top-laners that you should play at City Champs?

Fiora is still an absolute monster in the top lane and she is an excellent addition to any City Champs team looking to deal a lot of damage. The Grand Duelist has the tools to outplay and counter most champions, while also scaling into an incredible late-game split-pusher. She doesn’t slack off in teamfights either, as she can provide a healthy top-up to her allies with Grand Challenge.

This ultimate can instantly turn the tide and swing an unwinnable team fight in your favor. Fiora is incredibly hard to counter as her passive deals percent max health true damage whenever she attacks a target’s vitals. This means that regardless of what your enemy builds it will not reduce Fiora’s damage, which allows you to effectively duel anyone. Her low skill ceiling and synergy with most teams make her a priority pick.

Jarvan IV: The Exemplar of Demacia

The Prince of Demacia continues his slow rise through top lane as a powerful counter to blink-less marksmen like Draven and Twitch. His powerful armour reduction spells also work extremely well in this high-damage ADC meta. Jarvan’s entire purpose is to shut down the enemy mid-laner and ADC.

The combination of Black Cleaver, Titanic Hydra and Gargoyle Stoneplate allows Jarvan to hit incredibly hard, while also being extremely difficult to kill. He provides a lot of safe early-game damage thanks to his Dragon Strike and Demacian Standard, but he really shines in team fights.

His tanky bruiser build gives him everything he needs to survive multiple tower dives and engages, while his strong CC from Cataclysm boasts great kill potential for his entire team. Expect to see a few appearances from the Demacian Prince at City Champs.

Riven is a very mobile, high damaging top-lane carry with the ability to snowball games into crushing victories. The Rift warrior is great at taking down entire teams and those looking to make flashy plays at City Champs may want to take The Exile for a spin.

Even though Riven has great potential, she does have a fairly high skill ceiling, but if you’re willing to put in the time and effort you will be greatly rewarded. Her early-game can be a little tricky, but once you have access to Valor’s shield and the knock up from Ki Burst you’ll be able to start making offensive plays.

Mid-game is where Riven really shines, as she has access to core items like Black Cleaver and Youmuu’s. These items give her a huge power spike that allows her to roam around the Rift, crushing anyone who gets in her way. Riven’s high mobility and damage makes her great at taking towers and objectives, so be sure to keep tabs on The Exile to avoid your base from crumbling.

Pantheon: The Artisan of War

Pantheon is a high-damage AD caster who specialises in skewering opponents and snowballing into a powerful late-game warrior. His simple kit provides tremendous early-game pressure and makes him one of the most oppressive and dangerous laning champions in League of Legends.

Pantheon’s lack of mobility is easily made up for by the sheer amount of poke he has with Spear Shot, while his aggressive all-in with Aegis of Zeonia and CC from Grand Skyfall make him extremely difficult to deal with. The Artisan of War has the ability to quickly snowball himself with his hard engages, but his ability to influence other lanes is what gives him a great deal of utility.

Once Pantheon reaches level six, he can take to the skies and strike his multiple foes from above. If Pantheon can get ahead in the early-game it could mean game over for your team at City Champs, so make sure your jungler keeps tabs on the peerless warrior if you wish to survive his aerial assaults.

Darius: The Hand of Noxus

The Hand of Noxus has been doing very well this meta and it’s not hard to see why he is so popular among players from all divisions. He trades very well in laning phase and his resets in team fights can be utterly game-changing, especially if he manages to sustain properly.

It’s pretty difficult to force Darius out of lane thanks to his prioritisation of Black Cleaver and Ravenous Hydra, while the sustain from Decimate allows him to constantly keep on the offensive.

Darius doesn’t have to worry about becoming obsolete, as one ultimate reset can bring him back into the action. His kit can be countered by high-mobility champs and his resets are easily avoided if you just stay clear of him, but avoiding Darius in team fights when your team is grouped can be difficult.

With so many teams grouping for the new Rift Herald, Dragon, and the all-important Baron steal, Darius is the perfect champion to capitalise. If he manages to storm his way into your squishy backline it could be game over. Expect to see Noxius’ most feared and battle-hardened warrior at City Champs.

When you buy a City Champs ticket, you will be placed in one of four tiers based on your solo queue ranking. You then need to play six qualifying matches to see whether you make the team representing your city.

Either way, you'll be able to play Challenge Matches as a reinforcement to help earn points to give your city the edge, and if you do make it, you'll be playing live with local players in a battle for regional pride. What are you waiting for?