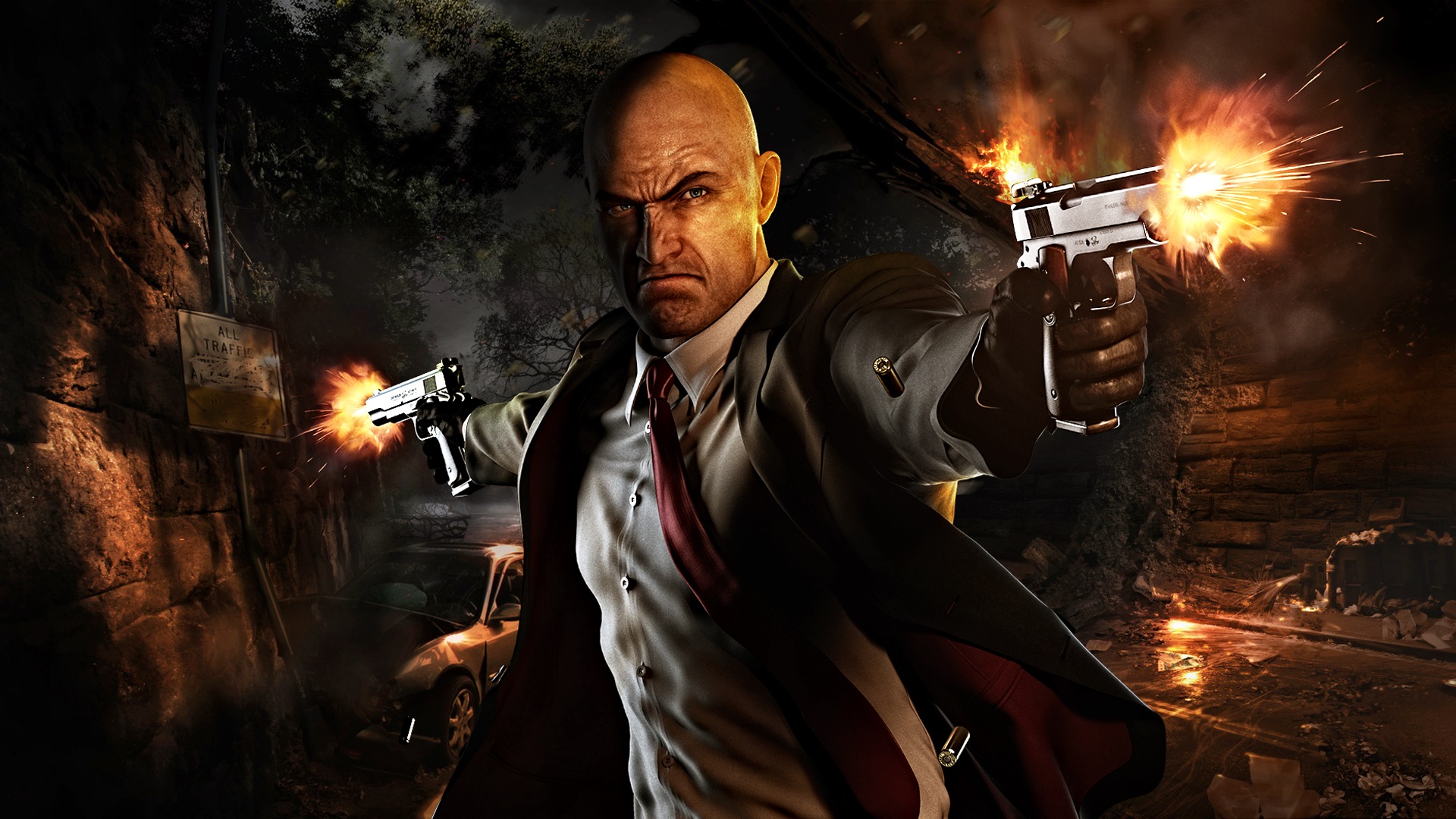 Hitman – How To Complete The Asya Attunement Escalation Contract

A look at all the latest Curios in Darkest Dungeon’s new DLC, The Crimson Court.

As part of its June, 2017 content schedule, Hitman has received two brand new Escalation Contracts, including the Asya Attunement Escalation Contract. These contracts require you to eliminate a series of targets across five different levels while the difficulty increases with each level.

To prepare for the first level of the contract, you’ll want to select the starting location where you begin by the hotel’s security office dressed as a hotel security guard. You can keep the default ICA 19 pistol, but for your gadgets you’ll want to make sure one of them is the Coin (the second gadget doesn’t matter since all you’ll need is the Coin for this level).

You’ll also want to place the Enram HV silenced shotgun in the storage room smuggled item location. Once all that’s done, you’re ready to begin. When the level loads up, head through the door straight ahead and then through the door to your left, being careful to circle around so that you don’t catch the attention of the enforcer guarding the door.

Once you’re through the door, you’ll be inside the storage room so grab the Enram HV from the box in the back left corner from where you entered. Next, head down the nearby staircase into the hotel basement, enter the door that’s immediately to your right once you reach the bottom of the stairs, and use the Coin so that you can distract the guard and head through the second door (the one closest to where the guard was originally standing).

In this new room (it should have a bunch of laundry machines), there’s an exterminator disguise on the blue shelf directly across from you. Duck down so that you don’t attract the attention of the other people in the room, move over, and put on the disguise (a necessary parameter for all stages of the contract) while you’re still crouched down. Staying crouched so you don’t attract attention, head back out into the room with the distracted guard (he’s your target) and shoot him in the back with the Enram HV.

Since the Enram is silenced, you shouldn’t attract any attention as long as you led the guard far enough away with your Coin. Once he’s dead, just head over to the nearby exit and you’re golden. Note: there’s a camera around the corner from where the basement exit is. Its tracking is a bit spotty, but just to be safe, you can shoot it out using your pistol by peeking around the left-facing corner near the exit.

For level 2, you’ll want to utilize the exact same starting gear and strategy as level 1. The only real difference between level 1 and level 2 is that there are a few more enforcers present in the rooms surrounding the room with the exterminator disguise. As long as you’re careful, these extra enforcers shouldn’t give you any trouble.

When you reach level 3, a level which bumps the number of targets you need to kill to two, you’ll once again keep all the same starting parameters except for one minor tweak: make sure that your second gadget is the Remote Breaching Charge (you’ll want to still have the Coin as well).

Head across the hallway and turn slightly to the left to spot a staircase. Go up the stairs and through the double brown doors. Across the way, you should see another pair of double brown doors. Open the second set of doors, but don’t go through. Instead, once the doors are open, toss the Coin down near the open doors, immediately pick it back up, and then toss it again over near the large brown box behind you.

If you did everything right, a hotel staff member (your second target) should enter the room and move over to near the crate to investigate. Subdue him (don’t kill him just yet) and you should spot a security guard walking in soon after, subdue him as well. Once both NPC’s are subdued, drop the Remote Breaching Charge on the unconscious hotel staff member, move back over to the laundry room with the exterminator disguise, and eliminate the original target by throwing a Coin and shooting him with the Enram HV as usual.

You might have to subdue another hotel staff member in the laundry room first so that he doesn’t spot you putting on the exterminator disguise. When the first target is dead, trigger the Breaching Charge to kill the second target and head over to the exit (remember to shoot the security camera before leaving).

In level 4, keep the Remote Breaching Charge, the Coin, and the smuggled Enram HV, but switch your starting location over to the basement linens room so that you begin disguised as a hotel staff member. As soon as the level loads up, turn around, open the blue double doors you see, and toss a Coin so that a security guard wearing a flat cap enters the room you’re in to investigate.

Subdue the guard and he’ll drop a Mine Disarming Device, which will be very handy to have since this stage of the Escalation Contract has tripwire mines peppered throughout the level. Look around and you should see a tall green locker you can store the guard’s body in. Once you have the Mine Disarming Device, exit the room, head up the stairs, and lure the hotel staff member target like you did before, subduing him and placing the Breaching Charge on his body.

Make sure that you have the Mine Disarming Device in your active item slot (i.e. its icon is showing on your HUD) whenever you’re moving around the level since it will automatically disable any mines you come across. Move over to the laundry room and grab the exterminator disguise. Then, move into the room with the security guard target, distract him with a Coin toss, then quickly run up the stairs to the storage room where the Enram HV is located.

Be sure to have the Mine Disarming Device out, as there's a tripwire mine on the staircase leading up to the storage room. Once you’ve gotten the Enram HV, re-equip the disarming device, head back down the stairs, take out the first target with the Enram, detonate the Breaching Charge, equip the disarming device again, proceed over to the exit, take out the camera, and finish the stage.

In the fifth and final level of the Asya Attunement contract, the number of targets you need to kill is bumped up from two to four and you have to kill them all within a single 30-second window. Keep the same equipment and starting location as level 4, and when the level begins, repeat the same steps from level 4 to subdue the guard carrying the Mine Disarming Device.

With the Mine Disarm Device in your possession (remember, make sure you keep it equipped as often as you can) and the guard’s body hidden, head up the stairs and repeat the steps for the hotel staff member target (lure, subdue, place Breaching Charge). Next, go over to the laundry room with the exterminator disguise, but don’t put it on yet. Instead, use your Coin to lure one of the hotel staff members over to the blue shelf with the disguise and subdue him (there are also two enforcer NPC’s in the room but they should turn their backs so that you can subdue the staff member safely).

Dump the unconscious staff member’s body in the nearby laundry hamper and then repeat the Coin distraction to lure over one of the enforcers, the man wearing a straw hat who also happens to be one of your targets. Subdue him and drop a second Breach Charge on his body. Pick up the soda can off of the nearby laundry machine and throw it at the third NPC’s head to safely knock her out. Put on the exterminator disguise and move into the room with the security guard target.

This time, you don’t need to go grab the Enram HV, just wait until the target is distracted, subdue him, and snap his neck to begin the 30-second timer. Quickly head through the door that’s across from you when you enter the room from the laundry room, throw a Coin, equip the Mine Disarming Device (there’s a mine on the far wall you have to run past), and then run around the corner so that your fourth target (a female staff member) comes to investigate.

Peek around the corner with your pistol and shoot the target in the head when she stands up after investigating the Coin. Now all you have to do is trigger the Breaching Charges, re-equip your Mine Disarming Device, run over to the exit, shoot the camera, and exit the level.

By reading through this guide, you should now know how to complete the Asya Attunement Escalation Contract in Hitman.