New Content Added in the Friday the 13th Update

The developers are giving back to the community with a massive new content update. 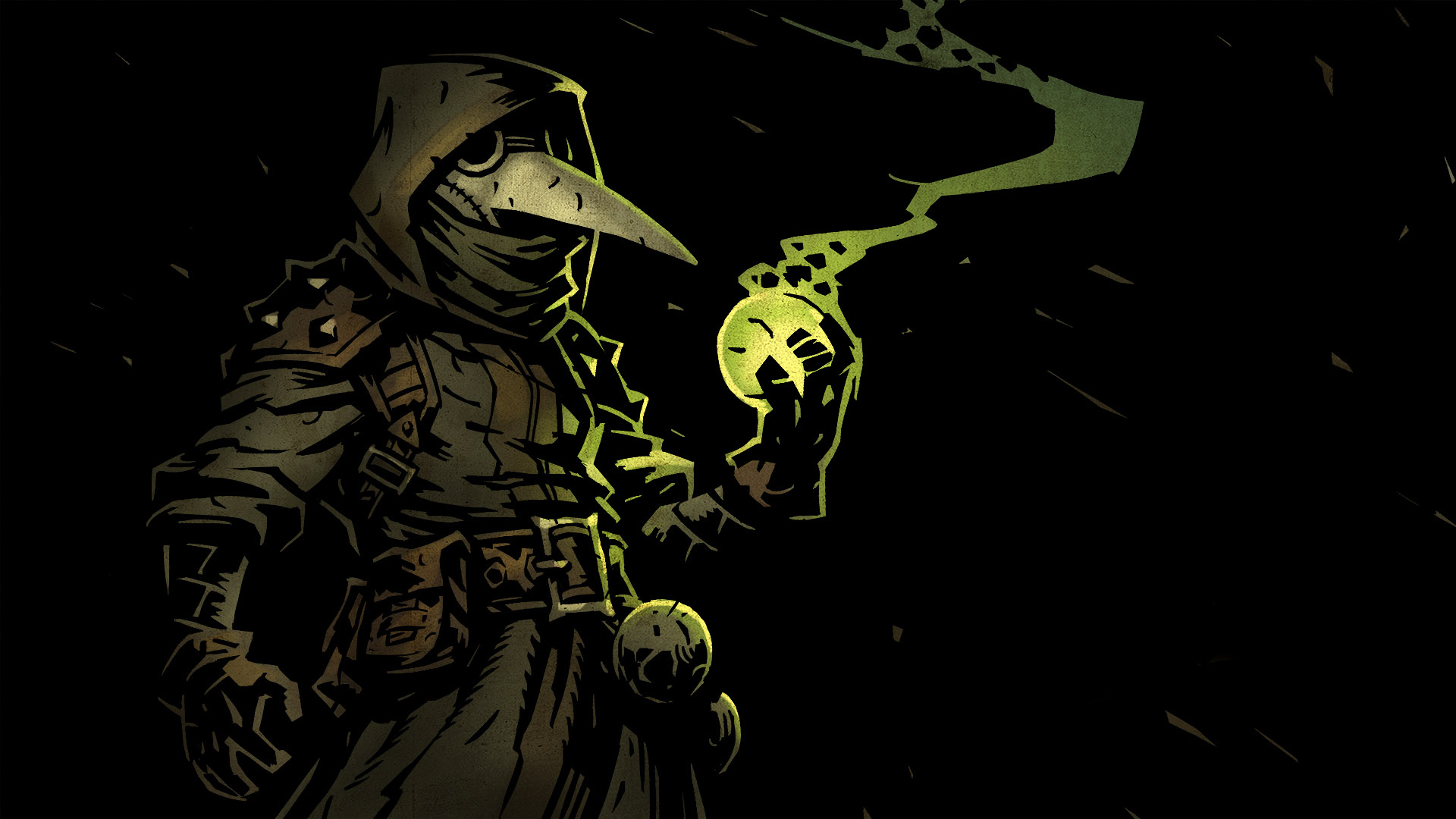 Xbox One X vs PS4 Pro - Which is Better?

The PS4 Pro and Xbox One X go head to head in five categories.

If you’ve already explored parts of The Crimson Court already and are struggling to make your way past the first quest boss, we’ve got a few pointers that will help you survive. If you’re on the fence about purchasing the DLC and want to know more about what it includes, we’ve included an overview of things you’ll find lurking within The Crimson Court.

Below, we’ve put together a comprehensive beginner’s guide on Darkest Dungeon’s latest DLC, The Crimson Court.

In Darkest Dungeon: The Crimson Court, there are a few new town events to keep an eye out for including The Town is Abuzz and Blood Scourge. In The Town is Abuzz event, stress reduction activities will be less effective. As such, you’ll want to be extremely careful with the stress levels of your characters.

In Blood Scourge, the new Flagellant class (seen above) will make an appearance. To encounter this new class member, you’ll need to click and drag him from the Blood Scourge event, as he won’t appear in the normal hero caravan.

Lastly, be on the lookout for new trinkets in The Crimson Court including Salacious Diary and the Tin Flute. With Salacious Diary, Vestals can be turned into healing machines. With the Tin Flute, Lepers will take less stress damage, and will have their accuracy increased with zero drawbacks.

The Crimson Court - The Courtyard

In Darkest Dungeon: The Crimson Court, the first two objectives will take you through The Courtyard and The Thronging Hives. If you find yourself unable to access The Courtyard, you’ll need to first complete two excursions into the Ruins (depending on whether or not you’ve started a new game).

Prior to entering The Courtyard, you’ll also want to go over your supplies and provisions. Items you’ll want to have on hand include bandages, anti-venom, and either holy water or blood.

Once you’ve successfully gained access to The Courtyard, you’ll find that most enemies have a low bleed resist. Because of this, putting together a bleed-based party with a blight-focused Plague Doctor will help you have an easier time clearing enemies out of The Courtyard.

Because The Courtyard uses bloodlight as opposed to a normal light level, the blood shed per turn is increased. Furthermore, your torches work differently in The Courtyard by granting each hero an accuracy boost for every spent torch (stacking up to three times). As you progress, you’ll notice that hallways in The Courtyard are longer than average.

This means you’re more likely to run into curios, traps, and enemies. Again, before you enter the Courtyard in Darkest Dungeon, make sure you’re properly equipped for the task at hand.

As you’re working your way through The Courtyard in Darkest Dungeon’s new DLC, The Crimson Court, you may encounter The Crimson Curse. While the odds of finding yourself afflicted with the Crimson Curse at the beginning of the game are somewhat low, it’s nevertheless a nasty thing to deal with. Although, it can also prove to be beneficial when dealing with bosses such as the Crocodilian.

To make matters worse, the debuffs will increase for every level of craving your cursed character gains. At higher levels of craving, The Crimson Curse can potentially cause your character to switch positions, refuse healing, and even pass on turns. Once they reach the highest craving level, they perish. This is where blood items found in The Courtyard come in handy, so try to keep some on hand at all times.

Despite the how nasty The Crimson Curse skill debuffs are, using blood on a cursed character at the lowest level of craving will give them a slight buff to Speed and Dodge. As your character reaches higher levels of craving, they will go into bloodlust mode once they're given blood. In doing so, you'll increase your character’s Damage, Speed, and general resistances. As such, it can potentially pay to wait until higher craving levels before giving your character blood.

Finally, there are a few achievements you can earn in Darkest Dungeon: The Crimson Court while afflicted with The Crimson Curse including:

The Crimson Court - How to Defeat the Crocodilian Boss

In Darkest Dungeon: The Crimson Court, there’s a new boss lurking within the first quest. As you’re making your way through each Thronging Hive, you’ll deal with an array of enemies, none of which pose any real threat. Unfortunately, that changes once you encounter the Crocodilian boss.

The Crocodilian has 118 HP, can heal for 12-24 HP, and deals an insane amount of damage. Don’t get discouraged if you fail to defeat the Crocodilian on your first try, as many Darkest Dungeon players have had trouble defeating this new boss. One of the best ways to deal with the Crocodilian is to rely on the bloodlust bonus from The Crimson Curse.

Additionally, you’ll find that trinkets used to increase Bleed and Stun will come in handy, as the Crocodilian sits at around 50% resistance to each. By keeping the Crocodilian stunned, he’ll have a harder time healing himself, thus giving you the opportunity to take him out faster.

That’s all we have on Darkest Dungeon’s latest DLC, The Crimson Court, for now. Let us know what you’d like to see for the next Darkest Dungeon guide down in the comments below.

By reading through this guide, you should now know how to complete the first quest in Darkest Dungeon: The Crimson Court.