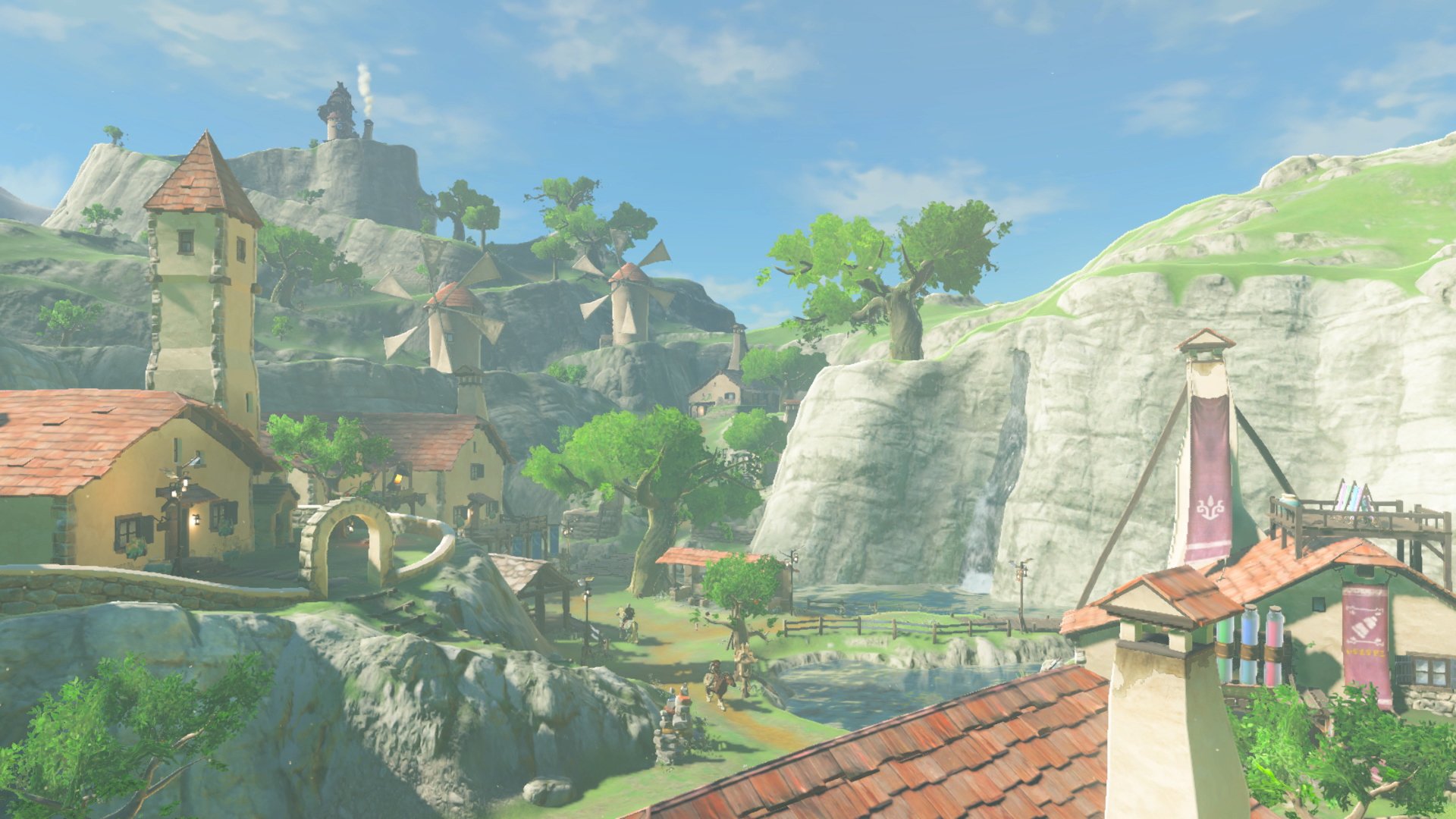 Of course I’m still playing Zelda: Breath of the Wild. Of course I am. There hasn’t been a single game world that I’ve come this close to falling in love with since Black Velvetopia in Psychonauts. Remember back when Avatar came out in theaters (the James Cameron one, about the tall smurfs, not the airbender one) and there was a big rash of news reports about people walking out into the harsh light of day outside the Odeon and crying because it wasn’t Pandora? That’s me but with BOTW’s Hyrule every single time my Switch runs out of battery on the bus.

Once we’re back home, plugged in and playing the way shiggsy intended, it honestly feels like this could be the only game in the world and there’s no problem with that. Thanks to the (very generous) DLC schedule of BOTW, even before being treated to more story in the coming months there’s more left to do in the world I so recently saved than I can handle.

Master Mode isn’t for me, despite reaching a point where I can take on even the most fearsome of foes without needing any more than one of the 200 extremely potent meals I’ve cooked for Link in the course of my travels. Monster Elixir-boosted triple-attack power crab buffets sit spoiling in my inventory, waiting for a time they’re “desperately needed” but I’m not willing to turf all that in for a harder set of enemies worthy of eating one over.

That’s where Trial of the Sword comes in. One of my favourite moments from the journey around Hyrule I took in preparation for the final showdown with Ganon was an ill-advised boating trip to Evertide Island. “It’s so far out there it *has* to have something juicy on it,” I thought. After being plunged into a naked fight for survival by a disembodied voice, I relived the fear and excitement of those first few moments stepping into the outskirts town after gliding down from the plateau.

Trial of the Sword has let me relive the thrill of finding better gear, trading up weapons, surviving by the skin of my teeth, all without having to commit to a fresh playthrough I’ll likely never finish. A set of hardening challenges presented floor by floor to you in bespoke arena style fights. BOTW’s Trial of the Sword is the evolution of similar trials from Wind Waker (Savage Labyrinth) and Twilight Princess (Cave of Ordeals).

However, it takes the format and puts the added layers of BOTW’s other systems on top. The infrequent rest stops with cooking pots letting you brew up whatever you can to gain an edge from the scraps of previous encounters. The rare clothing chests, rewarding you with slightly improved chances of survival in what eventually become hostile environments. Trying to manage all of these while pulling off slick fights against multiple enemies and swapping weapons on the fly. It’s a great endgame test of your skills.

But the best thing about Trials of the Sword is that you don’t have to do it. There are some times when I log off for a weekend and don’t want to face hard fights and difficult odds, that’s what the work day’s for amirite? That’s when I just get to roam around the rest of Hyrule. The Hero’s Path, yet another non-headline feature of the DLC, lets you see where you haven’t even set foot yet. Watching the journey back at quadruple speed can bring back intense memories of little fights along the way, or spotting something cool around the bend and making a direct beeline for it. All punctuated occasionally by Link’s hilarious falling death scream when things obviously got a bit too real.

With all the Shrines discovered there are still acres of Hyrule without my bright green footsteps embedded in them, and maybe finding a Korok or two in the process is even more of a reward than I need for just drinking in more of this world. I’m not going for 900 though. That’s never happening. Maybe next year. After the story DLC.