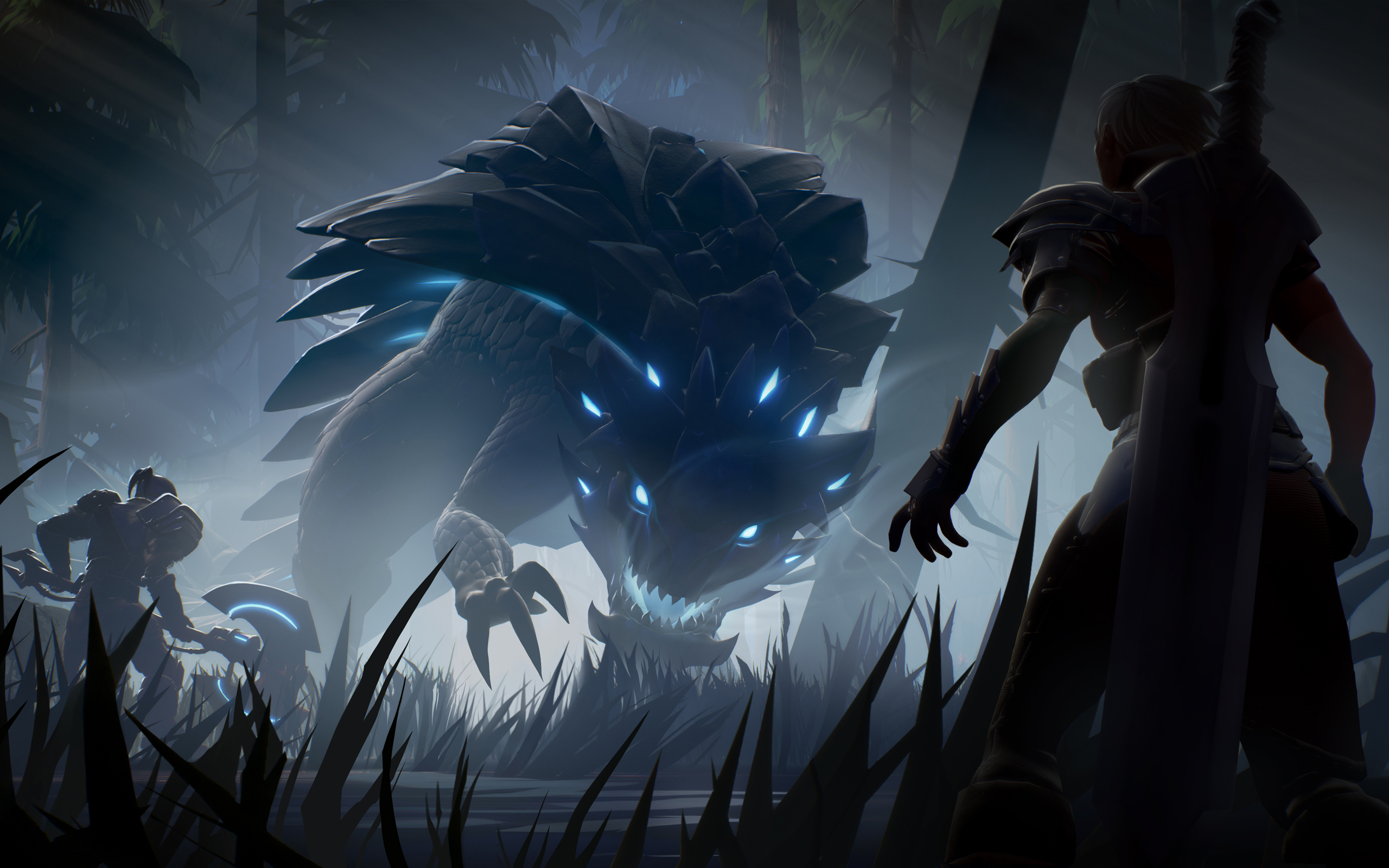 The central premise of Phoenix Labs’ upcoming fantasy MMO Dauntless involves players banding together to slay giant creatures called Behemoths, and as the game’s latest trailer shows, there are ways in which the players can tip the odds in their favor.

While the trailer seen down below is only about a minute and a half long, the snippets of gameplay and bits of narration it contains tell a sort of short story that serves as a valuable lesson for would-be monster hunters.

If a player group is unprepared, trying to go up against a Behemoth like the ice-based owl beast can end in disaster, but in Dauntless, even the most mighty of creatures aren’t without their weaknesses.

By venturing to another in-game region and slaying a fire-based lizard Behemoth, players can harvest materials from the slain beast and use them to forge new armor and weapons, including a fierce-looking fire sword that can help turn the tables on the icy owl beast.

Dauntless is currently in the middle of a closed beta period and interested fans can buy their way into the beta via a number of founder’s packs that are available here.

The final public version of Dauntless is currently scheduled to be released sometime later in 2017 for PC, and Phoenix Labs is expected to share more about the game during next week’s E3 event.

For more gaming news here at Indie Obscura, be sure to check out the possible Breaking Bad VR experience in the works, learn more about the release of Monument Valley 2, and recap the latest trailer for Secret World Legends!