The Netherworld is confusing, dood! 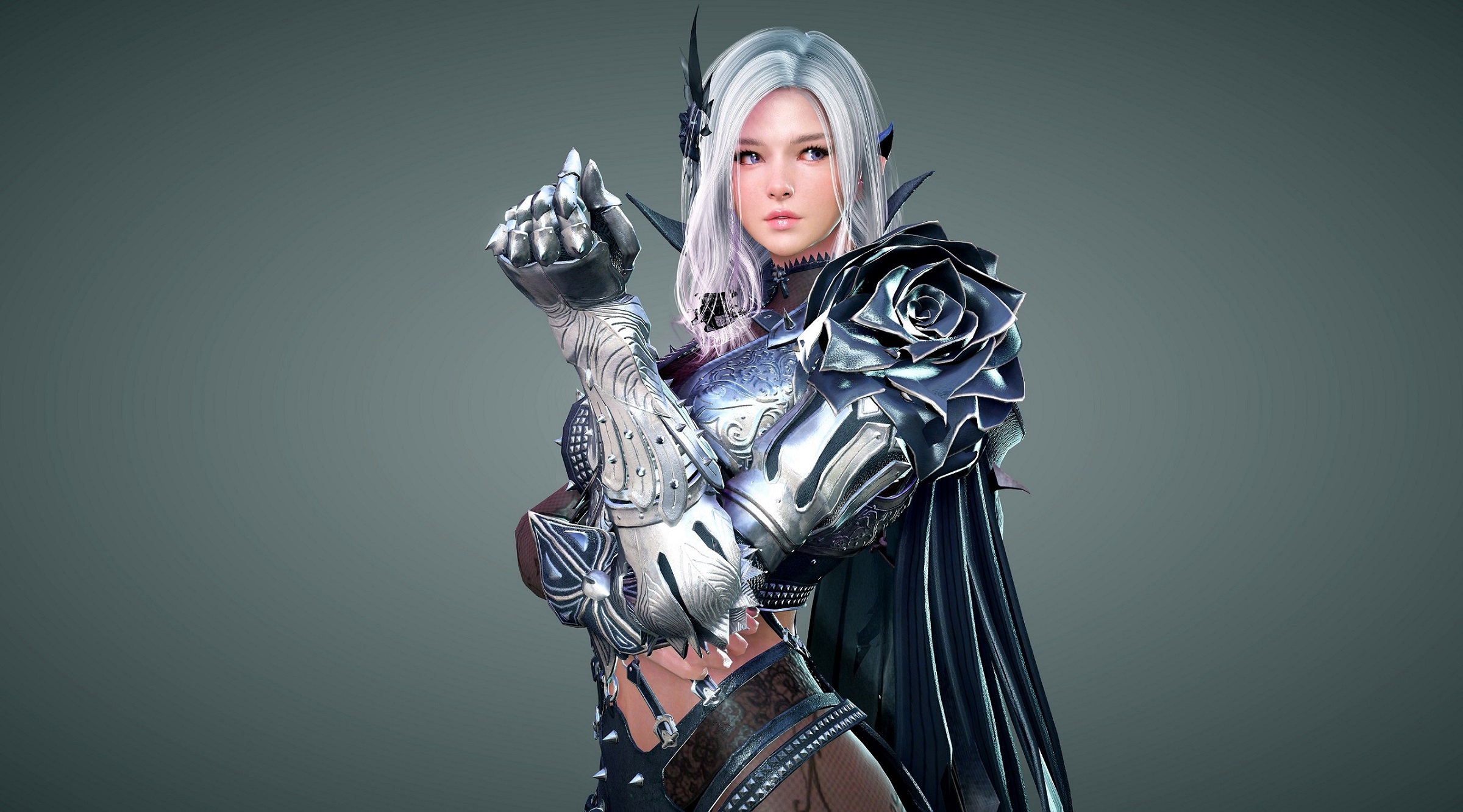 Find out which games were the best and worst of May.

Guide to all classes in Black Desert Online

While no class is explicitly better than the others, there are some classes more suitable for a player’s personal goals. For example, if a player wants to level their character up faster, they’ll want to take a look at classes with area attacks.

With so much to take into consideration, we decided to make it a bit easier by providing you with a guide to all classes in Black Desert Online.

The Berserker is a class that’s perfect for newcomers to Black Desert Online. The Berserker is capable of dealing out brutal amounts of damage, though their poor mobility can put them at a disadvantage in solo PvP as they’re unable to disengage from fights. Despite this, the Berserker excels at PvE and Siege where it can engage in group fights, and is overall an easy class to play.

The Dark Knight is a well-rounded class that performs well in a wide variety of combat situations in Black Desert Online. With their main weapon, the Kriesgsmesser Vediant, the Dark Knight is capable of dealing a high amount of damage in addition to crowd control bonuses.

Unlike the Berserker, the Dark Knight is a little more challenging for new players as they’re less robust and require a degree of precision. Nevertheless, if you’re looking for a class that’s equally effective in PvP, PvE, and Siege, definitely give the Dark Knight a try.

The Kunoichi is a class that’s extremely mobile and capable of dealing out fast, powerful combos in Black Desert Online. Unfortunately, the Kunoichi is not suited to PvE and should be avoided if a player is aiming for PvE play. What the Kunoichi lacks in PvE, however, it makes up for in PvP.

The Kunoichi is an extremely punishing class in PvP as it’s capable of dodging and performing impressive aerial attacks. If you’re new to the game, you’ll likely struggle with the Kunoichi. However, if you’re a seasoned player, the Kunoichi is a great option for dominating solo PvP.

The Maehwa is a class capable of striking from both short and long distances in Black Desert Online. While they’re best in close quarters combat, they also prove favorable in PvE and PvP scenarios as they’re able to lockdown opponents long enough to finish them off.

If you prefer playing in groups, the Maehwa is a solid choice. Unfortunately, the Maehwa suffers in Siege combat as they tend to be pretty squishy, especially when placed in the front line. The Maehwa can be an option for new players so long as they stick (almost exclusively) to PvP and PvE.

The Musa is the male counterpart of the Maewha in Black Desert Online. Because of this, the Musa is almost identical in playstyle and handling. Where the Musa differs from the Maehwa class is in its capability to switch between close and mid-range combat.

This gives them a bit more leeway in Siege, though caution should still be exercised as the Musa suffers from the same survivability issues as the Maehwa. If you’re new and torn between choosing the Musa or Maewha class, we recommend the Musa due to its slight combat advantages.

The Ninja is the male counterpart of the Kunoichi in Black Desert Online. Because of this, the Ninja is almost identical in playstyle and handling. However, the Ninja has greater mobility than the Kunoichi, making them absolutely deadly in solo PvP.

In fact, the Ninja is one of our preferred classes for solo PvP engagements, as this class doesn’t need to dodge away after activating its wide range of combos. For newcomers, the Ninja can be hard to play due to its light armor, though if you’re stuck choosing between the Ninja and the Kunoichi, we’d have to recommend the Ninja.

The Ranger is a class with extremely strong single target damage in Black Desert Online. While this allows them to excel in PvP, it can be somewhat of a challenge to master them. Despite its difficulty, the Ranger is a class that’s efficient in both PvP and PvE (especially considering it can stun groups of enemies).

The Ranger isn’t as proficient at Siege, but is a better option than say the Musa or Maehwa classes. For newcomers, we recommend avoiding the Ranger due to its complex nature. However, for skilled players, the Ranger is one of the better options in Black Desert Online.

The Sorceress is a class that boasts both magic and melee skills in Black Desert Online. The Sorceress should be kept at close or mid-range when engaged in a battle, as they can deal a punishing amount of damage.

Despite their evasion capabilities, the Sorceress suffers from poor health and defense which makes them a poor choice for PvE and even Siege to a certain extent. Due to its high difficulty, the Sorceress is far from suitable for new to moderate players. Skilled players looking for a high damage class may enjoy the Sorceress as long as they remember this class is best used as a glass cannon.

The Striker is actually similar in style to the Berserker class in Black Desert Online. However, it’s not quite as armored as the Berserker and performs poorly in Siege combat. The Striker’s specialty is close range combat, though it offers lower damage output than other classes.

Despite this, the Berserker has a nice versatility to it that’ll appeal to new players. If you’re a moderate to skilled player, you may find the Striker dull to play. However, if you’re new and looking to try your hand at PvP and PvE, the Striker is a decent option.

The Tamer is one of the more enjoyable classes to play in Black Desert Online thanks to their pets. The Tamer relies on its pets to fight, and because of this, has a wide variety of options depending on the engagement.

While the Tamer primarily excels in solo PvP, its area of effect skills make it a suitable option for PvE, especially in groups. In fact, the Tamer is most effective when in groups due to its low defense. If you’re a newcomer to Black Desert Online, the Tamer is a wonderful option thanks to its quirky, effective playstyle and overall originality.

Valkyries are the female variation of the Warrior class in Black Desert Online. The Valkyrie is often touted for being one of the best classes in the game, and it’s easy to see why. Despite being somewhat on the slow side, the Valkyrie has a high level of defense and can dish out punishing amounts of damage.

Furthermore, they’re part of a rare class with the power to block almost all damage when using their block ability. It’s important to note that despite its many strong points, the Valkyrie is still a class best suited to group so if you play with friends, you’ll be able to make the most of this class. For beginners, the Valkyrie is a great option thanks to its ease of play.

Like its Valkyrie counterpart, the Warrior is one of the best classes in Black Desert Online. What sets the Warrior apart from the Valkyrie is its speed and mobility, though it suffers from a lower defense rating. If you’re confident in your ability to evade attacks, the Warrior may be your class of choice over the Valkyrie. Plus, the Warrior boasts the same capability to block almost all damage.

Players looking for a strong tank class with mobility and damage should keep the Warrior in mind, particularly beginners.

The Witch is the female version of the Wizard in Black Desert Online. Both classes are essentially the same, though the Witch is better at defense. This is thanks to the Witch’s ability to block, whereas the Wizard deals more damage. The Witch can be somewhat tricky to play thanks to their need for precision timing and placement.

Most of their abilities are AOE, making them a nice option for groups, particularly group PvP. Despite this, the Witch is actually a solid option for all styles of play including Siege, PvE, and PvP. For beginners, the Witch is a great option, especially if you play with friends.

The Wizard is the male version of the Witch in Black Desert Online. Both classes are essentially the same, though the Wizard is better at dealing damage. Similar to the Witch, the Wizard requires precision timing and placement in order to be effective. The Wizard excels at group combat, particularly group PvP.

While the Wizard is almost indistinguishable in style from the Witch, its squishiness makes it a bit harder to play than the Witch. However, the Wizard boasts the same well-rounded nature in all styles of play including Siege, PvE, and PvP. If you’re a beginner looking to play with friends, the Wizard is a solid option, though we recommend considering the Witch first.

There you have it, a look at all of the available classes in Black Desert Online. Which class you choose is left up to your level of comfort, style of play, and the sort of combat you’re looking to participate in. Where some classes excel at solo PvP, others dominate Siege and PvE engagements.

Out of all the classes listed above, which one is your favorite and why? Be sure to let us know in the comments below!

By reading through this guide, you should now be familiar with all of the available classes in Black Desert Online.