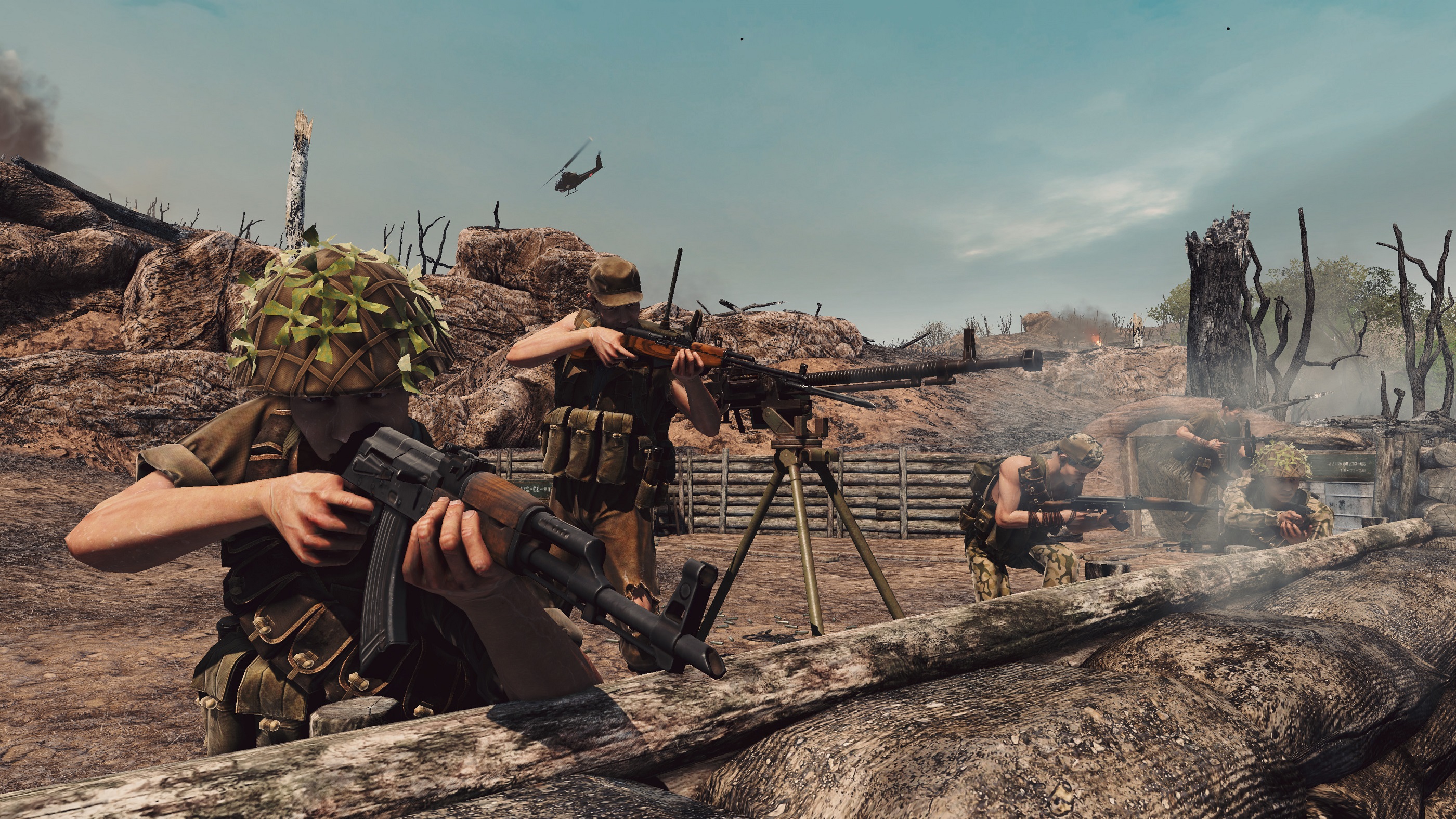 In Rising Storm 2: Vietnam, one of the most important roles to know how to play is the Team Leader. As the Team Leader, your job is to coordinate with your squad leaders and team. You are the eyes of your team, and have crucial abilities like calling in the artillery and respawning dead players.

Because of this, being effective at your job will help lead your team to victory. If you’re having trouble playing as the Team Leader, or you’re simply looking for a better grasp of the role, we’ve got a full guide on how to play Team Leader in Rising Storm 2: Vietnam.

When playing Team Leader in Rising Storm 2: Vietnam, you’ll need to have a working microphone on hand. This is because your role requires constant communication, and if you’re typing, you can’t accurately keep track of what’s going on in the game.

Rising Storm 2: Vietnam is extremely fast-paced, meaning that the enemy can alter their push at a moment’s notice. As such, you’ll need to constantly keep on your toes in order to effectively call out orders whenever you begin to lose the objective.

Using the Radio as Team Leader

In Rising Storm 2: Vietnam, the Team Leader should stay at the radio whenever recon and artillery is available. If you’re playing as the USA, make sure you use the Radioman class. This will help you get a better view of the battlefield, and grant a more effective Artillery Mark. To place the Artillery Mark, hold the “F” key either with or without binoculars.

When using the radio, you may find it advancing forward to the frontline helpful, as it brings you closer to the battlefield. By being close to the frontline as a VC Team Leader grants you and your team a significant bonus, as you’re able to use the ability “Ambush Deployment” which respawns all of your dead team members next to you.

To use either Ambush Deployment or Fast Respawn, press the “N” key. Note that you don’t want to rush into the frontlines (or out in the open), so always proceed with caution and keep a safe distance. This is because if you die, you lose all artillery and air support for the duration of your spawn timer.

How to Coordinate as Team Leader

What’s the best way for a Team Leader to communicate in Rising Storm 2: Vietnam? Well, you’ll need to inform your squad leaders and team what the battlefield looks like and where to go. Do you want them to flank a certain way?

Give detailed directions, let your team know if they should hold the position after moving in. Don’t feel shy about giving orders, it’s your job as the Team Leader. Even if members of your team give you a hard time, it’s better than having everyone run in blind.

In Rising Storm 2: Vietnam, the Team Leader has a variety of abilities at their disposal. These can be used in a variety of ways, though you’ll want to keep the benefit of your team in mind whenever you perform an action.

For example, prior to calling in an artillery, inform your team that the artillery is about to be called in and where you plan to place it (knowing NUMPAD coordinates is crucial). This will help you avoid unnecessary teamkills that could result in you getting kicked from the match.

To dissect the Team Leader further, each of the following Team Leaders have 6 abilities as seen below.

By reading this guide, you should now know how to play the Team Leader role in Rising Storm 2: Vietnam.