BossKey Productions will also include enhancements for LawBreakers on the PS4 Pro. 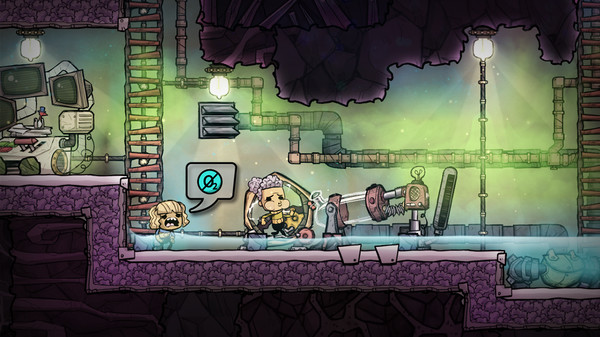 Oxygen Not Included: How to Get More Oxygen

The Women’s Battalion of Death will be coming to Battlefield 1 later this summer.

One of the biggest problems you’ll run into in Oxygen Not Included is trying to sustain your colony as it grows. There are 3 important resources you need in order to do this and it includes food, water, and oxygen. This guide will be covering a few of the ways you can generate and supply your duplicates with oxygen when the going starts getting tough.

The first way to produce Oxygen that you’ll stumble across in Oxygen Not Included is by using an Algae Deoxidizer and Algae Terrarium. As you know, there will be plenty of Algae available for these two devices at first but as your colony starts to expand, a new problem will arise. And that’s running out of Algae.

There’s one way to produce Algae that might be difficult to achieve but it’s still worth keeping in the back of your mind. There’s a mob called a Puft that converts contaminated Oxygen into slime. You can then take that slime and turn it into Algae using a Bio Distiller. The only issue is, Pufts are pretty rare to come across.

Another way to produce more Oxygen in Oxygen Not included is by using an Electrolyzer. Since the Electrolyzer uses water to produce Oxygen, you’re going to need to start recycling the contaminated water from your toilets and showers so you don’t run out.

You can this by using a contaminated water filter and then reusing that water to supply the Electrolyzer. It will, in turn, convert that water into Oxygen and Hydrogen but this is where things get tricky.

Geysers were introduced in the Oxygen Not Included Thermal Update and if you’re lucky enough to find one of these, then you can get an unlimited amount of hot water and stream for your colony. Geysers can be found in slime biomes and if you think about it, could be the ideal place to start a colony if you know what you’re doing.

There is one thing to consider when you’re thinking of using Geysers for a water source and it’s that they have the potential to flood your base. An ideal scenario would be to have the geyser at the lowermost level of your base surrounded by wheezeworts to cool the water down. Block off this area with Abyssalite (players on Steam have said it should be at least 3 layers thick for it to work) and run all your piping for water from here.

This water source can be converted into Oxygen using the Electrolyzer in the same way described above.

Hopefully, this guide to getting more Oxygen has helped you keep your colony in Oxygen Not Included thriving! If you have any more suggestions, feel free to leave them in the comments below, and make sure to check out our tips for beginners and how to get rid of chlorine gas.