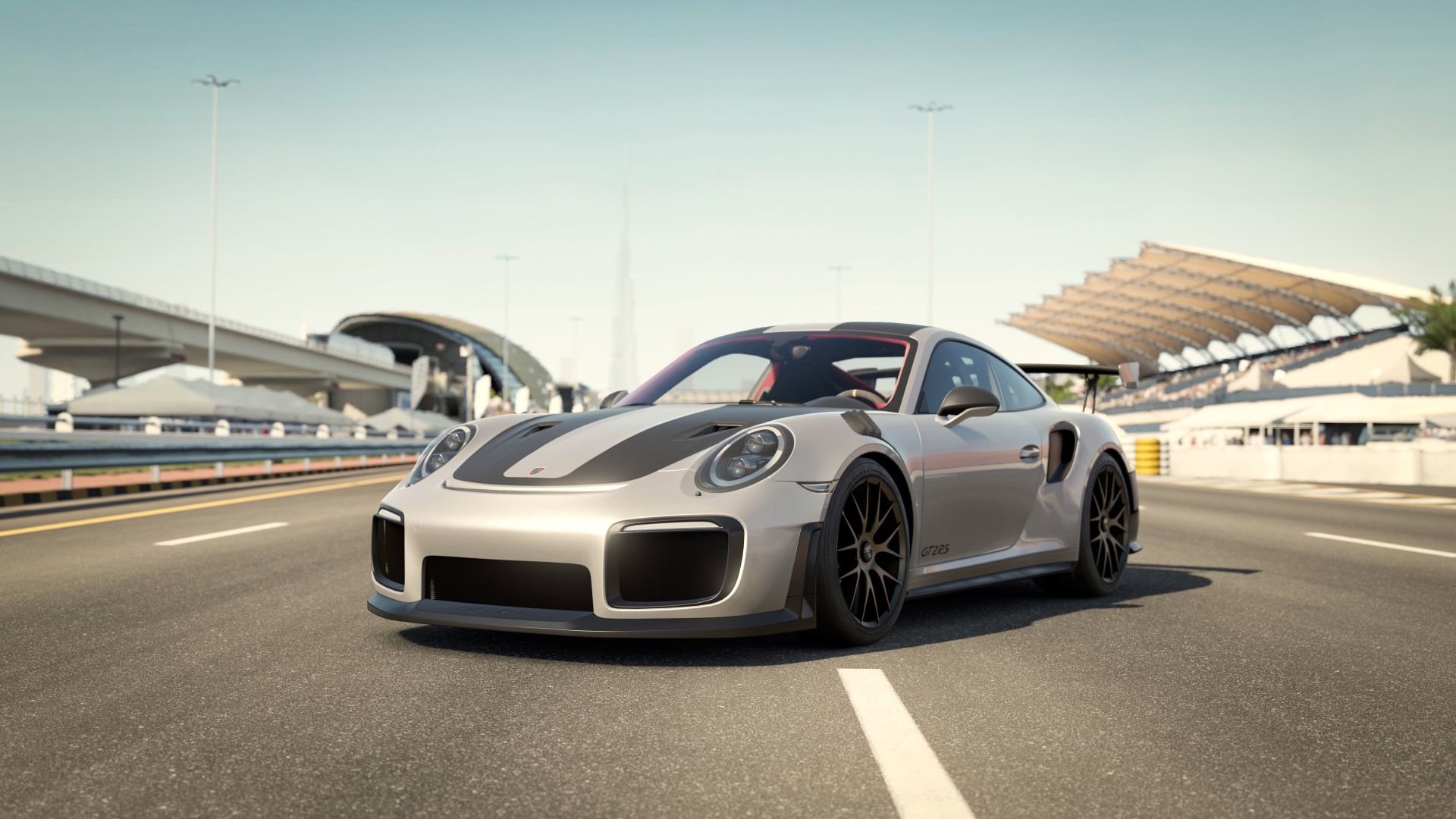 We're playing Forza Motorsport 7 at the moment and, lemme tell ya, Turn 10 knows its way around a racing game. Even without the enhanced 4K visuals of the Xbox One X, which will be one of the highlights of November, the base game on a standard Xbox One looks, sounds and feels absolutely essential. Your humble correspondent isn't even that much of a car nut, but we'll still quite happily sling a VW Golf around Brands Hatch in the rain for hours on end without losing interest. Turn 10 has spent years refining the way cars feel on its virtual racetrack, and you can feel that passion every second behind the wheel. It's infectious.

That passion is such a key thing. Turn 10 doesn't just make games about motorsport; it loves motorsport. That love for the subject matter means all the content in Forza Motorsport 7 is curated, organized and presented in a way that speaks to people who share that passion. It's about collecting cars in every conceivable category. It's about feeling the differences between each car and getting them to do incredible things on the track. It's not just an authentic simulation of motorsport; it's an authentic simulation of being in love with motorsport. Every decision about motorsport has been made with a motorsport fan in mind.

Forza Motorsport 7 hasn't gone down well in all quarters, though, and the key problem has been the addition of prize crates, which are loot boxes by another name. You can spend points to unlock prize crates, which reward you with a mixture of cars, cosmetic items and mods that allow you to challenge yourself in new ways to earn more credits. These crates feel like an aberration. You can earn driver gear, but who cares what your driver is wearing? And then there's the ouroboros loop of burning credits to buy things that help you earn credits.

On the surface of it, this isn't so different to what happens in a game like FIFA 18 Ultimate Team, where you use coins to buy packs that contain players who help you win matches that earn you more coins. But Forza makes a crucial mistake. Buying a new player in FIFA makes the game more fun, and you get to keep them and maybe sell them later for a profit. Assuming they're good at what they do, you also stand more chance of achieving other gameplay objectives. Forza's mods impose gameplay restrictions that arguably make the game more interesting or challenging for a race or series of races, in exchange for earning more in-game currency, but then they expire. Whereas the gains in FIFA feel logical and substantial, the gains in Forza feel awkward and marginal.

It's worth noting that right now there's no way to buy prize crates with real money, but that's the plan - Turn 10 has been transparent about the desire to add this functionality once it observes how well the in-game economy is functioning. But for our money, they'd be better off delaying that until they can have another swing at this feature in a subsequent game. Prize crates don't ruin Forza Motorsport 7 - the prompts to try the crates are irritating, but you can just ignore them without disrupting the core activities of racing and acquiring cars. The problem is that prize crates just aren't very well done.

It's not hard to figure out the problem when you consider why Forza Motorsport 7 is good in the first place. We've already talked about it: Turn 10 is passionate about motorsport. They put the player first when thinking about every motorsport feature. But the prize crate system doesn't put the player first. It feels like the design goal was "make sure there's a loot box system". When you look at a successful loot box system, like the one in Ultimate Team, it feels like natural part of the design. Ultimate Team was a love letter to collecting Panini football stickers, so opening packs is the core of the activity and serves the player's interests. In contrast, Forza's prize crates read like a love letter to Microsoft's accountants.

It's a particularly strange mistake for Microsoft to make, given that it's exactly why people got so upset about the original Xbox One product design. The original concept stripped away the possibility of selling games second hand and amplified Kinect camera and TV features because they suited Microsoft's goal to own the living room. Customers were forgotten about until they rejected the concept en masse, prompting a huge overhaul that took years. You'd imagine Microsoft would have learned a cautionary tale there about putting players first.

Back to the drawing board

So what's the alternative? The fusion of art and business can be messy, but it doesn't have to feel this awkward, as Ultimate Team proves. (And if you hate Ultimate Team, think about other games that do this stuff well, like Hearthstone.) Our advice to Turn 10, for whatever it's worth, is to go back to what they love. Motorsport isn't about collecting crates. Motorsport is about the love of speed, cars and all the things that go into being a world champion. Look to those things for new feature ideas, and if one of them suggests an obvious loot box-style system that feels natural in a motorsport context, seize the opportunity.

Everything in Forza Motorsport 7 that we love began with passion. Stick to making things you're passionate about and more good things will come from it.